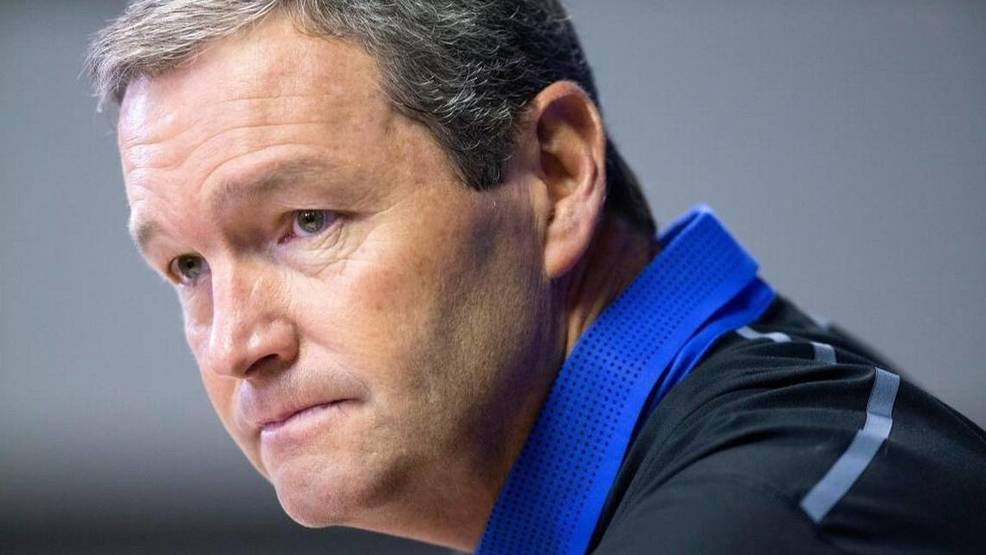 Mark Stoops continued to defend his program Saturday three days after Kentucky men’s basketball coach John Calipari referred to the university as a “basketball school” while on his team’s Bahamas Tour.

“The most important responsibility I have is to prepare this team and to get them focused on an extremely difficult season that’s coming up,” Stoops said. “I can promise you everybody over there in the Joe Craft Center is working diligently to prepare for this season and I’m the head coach of the football team, and I work within the context of the athletic department. Anything that I said or do is in defense of our players, our staff and the fans. Mark Stoops doesn’t need to defend it, but I also appreciate the work that we’ve done to get this point. We want to continue to push and strive to get better and we’ll do that.”

Stoops added he’s focused on his own program as opposed to others within the university and his Wildcats weren’t “born on third base” and that he’s “not in third grade.”

“I don’t care what anybody says about their program, that’s not my business, it’s not my lane. But when you start talking about my program and others that we compete against … to me, I don’t do that. I stay in my lane. That’s in defense of my players, defense of the work that we’ve done and believe me, we want to continue to push, but don’t demean or distract from the hard work, dedication, and the commitment that people have done to get to this point. I don’t need to apologize for that and I won’t, but we want more.”

UK Athletics Director Mitch Barnhart said internal conversations concerning the matter are private and within the athletic family but said the the comments in his judgement “created an unproductive and unfortunate situation.”

“I can assure you I have talked to both coaches and they’re extremely competitive and that’s how I want them to be,” he said. “I’m glad they’re competitive and I’m proud of their programs. Like all of us, they want their students and teams to be successful. At the same time, I know all of our coaches and our entire department understand the privilege that we have in representing this university and this state.”

He added that the athletic department with “honor and integrity must be present in everything that we do for the university, for our state and for our students who look to us.”

“As adults, we are responsible for leading young people,” Barnhart said. “… what occurred this week is not who we are (and) it’s not who we want to be. I’ve communicated that to directly and we will continue to work our way through that. I believe we’re ready to move forward, the department as a family and to be clear, we aren’t a football school, we aren’t a basketball school. We are both of these and much more. We are a university with an outstanding athletic department.”

In a social media post Saturday, Calipari said he reached out to Stoops on Thursday and will “try again” after hearing Stoops’ remarks during a press conference Saturday at Kroger Field. Stoops said during his press conference that he has not spoken to Calipari since the comments were made.

“Comparing our athletic department to others was my bad,” Calipari posted. “I have supported Mark and the football team through the good and the bad. I will continue to support them and cheer them on. Now, I will do what I’ve done for 30 years. Coach my team and block out the clutter.”

Stoops touched on the history between the two programs and added he’s fully aware of the success the basketball team has had on the court, but added his program has made milestones during his tenure.

“We understand history and it’s great,” he said. “I embrace it and the history of our basketball, and I’m proud of it, I love it. I didn’t have that history. We understand, but we’re creating it. I also know people want to win now. I also know it’s my responsibility to get to the postseason and win now.”