Stoops Finished Talking, Ready to ‘Get on with the Game’ 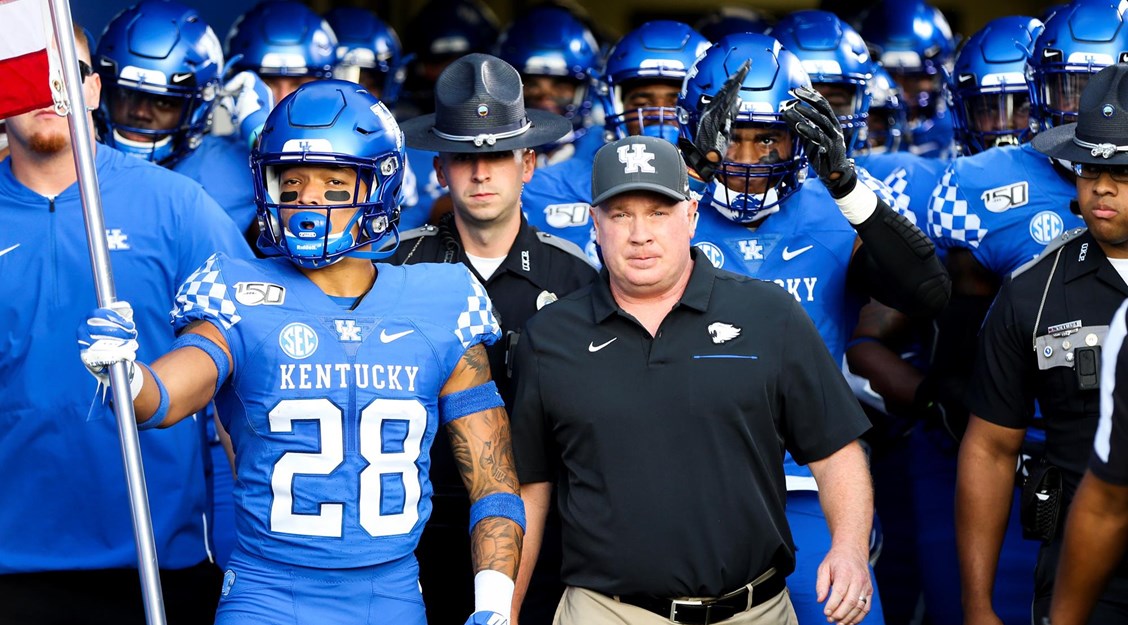 Mark Stoops is finished talking and is eager to begin his 10th season at Kentucky.

“Let’s get on with the game,” he said Thursday. “We’re all kind of anxious.”

Coming off a second 10-win season in the past four years, expectations are high for a program that opens the 2022 campaign ranked No. 20 in the Associated Press Top 25 poll. The team’s improvement has been obvious and Miami coach Chuck Martin has taken note of the excitement surrounding the program.

“(It’s) probably the best Kentucky team they’re saying maybe, you know, ever,” he said. “… Their strengths are obvious. Coach Stoops is a defensive guy. They have a defensive mindset. They played tremendous defense a year ago. They run and hit, they fly around, they create turnovers, they get after the quarterback. Like every great defense does, they are really sound and they’re really physical.”

A decade into his tenure with the Wildcats, Stoops, 59-53 at Kentucky, is poised to pass Paul “Bear” Bryant as the school’s all-time winningest coach. He needs just one win to tie Bryant and two victories to surpass the late legendary coach, who won went on to win six national championships at Alabama.

“I would never want to disrespect the name, Paul “Bear” Bryant, and I think everybody that understands football puts that name at the very top,” Stoops said. “I would rather them be comparing me to how many national championships I won like him. So, you can’t, I would never put my name in the same regard as him. I am grateful for what we have done here, and appreciative, and proud, but certainly not the same thing.”

To reach a feat 10 coaches who followed Bryant and proceeded Stoops were unable to achieve, the current UK coach can tie the Bear with a win over Miami (Ohio) in the opener set for 7 Saturday night at Kroger Field. Ironically, Stoops’ first victory at Kentucky was a 41-7 rout of the Redhawks in 2013.

“It does seem like a long time ago,” Stoops said earlier this week. “But (I’m) grateful … (this is) a much different team. (You) just try to stay in the moment, stay in our normal routine, and getting the team ready to play.”

Kentucky has won three straight over the Redhawks, but the Wildcats are facing a different Miami team than the one it played 10 years ago. Miami is a preseason favorite to win the MAC Eastern Division and Stoops said Kentucky will have its “hands full” in the opener, he said.

“There’s a lot of continuity in his program. A very well-coached football team, a team that’s picked to win their division and play in the MAC championship. So, we’ll have our hands full,” Stoops said. “They’re not going to give it to you. You have to go earn it, you have to go beat them, you have to go play well. They’re going to be very good.”