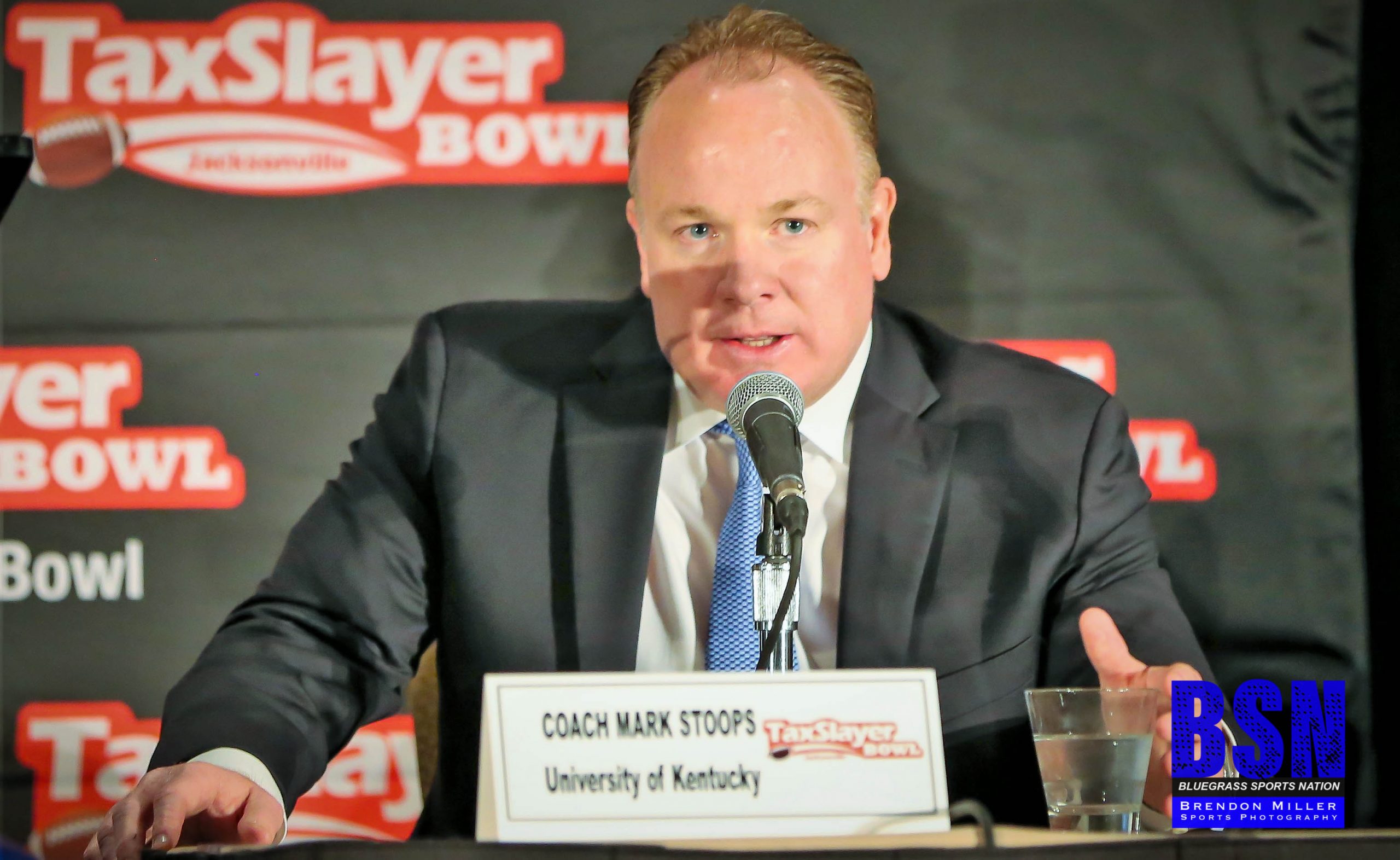 Kentucky began its current bowl streak in Jacksonville and will be making a return to the TaxSlayer Gator Bowl to open the new year.

The Wildcats (4-6) received an invite to the bowl Sunday and will take on North Carolina State at noon on Jan. 2, extending the team’s postseason streak to five games. Kentucky dropped a 33-18 decision to Georgia Tech in the Gator Bowl in 2016.

“Hopefully we’ll play better, you always remember the outcome in those games,” Kentucky coach Mark Stoops said. “We want it to be a real positive experience for our players.”

“I’m very proud and proud of the past and current coaches and past and current players,” Stoops said. “They’ve invested a lot into the program and I feel like we have come a long way. We have a way to go still and we embrace that challenge and I’m just trying to stay in the moment.”

Kentucky defeated Virginia Tech in the Belk Bowl 37-30 last season and began the current two-game bowl winning streak with a 27-24 triumph over Penn State in the Citrus Bowl two years ago in Orlando.

“We’re excited about moving our football program forward with a fifth-straight bowl game,” Kentucky athletics director Mitch Barnhart said. “This has been a challenging year and to complete the season in the Gator Bowl is an incredible opportunity.”

The Wildcats are at 100 percent and have been practicing ahead of the invite. Stoops gave the team some time off at the end of the regular season. Upon returning, the staff and players enjoyed a team function at Malibu Jacks in Lexington on Sunday.

“The guys practicing, working hard and having some fun,” Stoops said. “We’ve had some good practices.”

Stoops plans to rely on his current staff to lead the offense and fill the slots vacated by Eddie Gran and Darin Hinshaw, both of whom were dismissed following the season.

Vince Marrow, the recruiting coordinator, will lead the offense, along with some behind-the-scenes analysts within the program. He added that he’s not bringing in his newest hires, including offensive coordinator Liam Coen. He wants a “fresh start” after the new year.

“We’re going to lean on the guys that we have,” said Stoops. “I just think for the program and nothing against past coaches or anything or individuals, but I think for myself, and with this opportunity to hit the reboot (button), it’s exciting for me to move the program forward. I have been here nine years and hopefully it will be another eight or nine (years).

“I think it’s an exciting time. … it’s focusing on the future and not so much looking back on the past.”

The Wolfpack (8-3) will be making their fifth appearance in the Gator Bowl and lost 52-13 to Texas A&M in 2018. North Carolina State closed out the regular season with four straight victories.

Stoops hopes the Wildcats can build on its past two bowl contests.

“We hope to play better this go around,” Stoops said. “We’ve played good the past two bowl games and hopefully we can keep that streak going.”