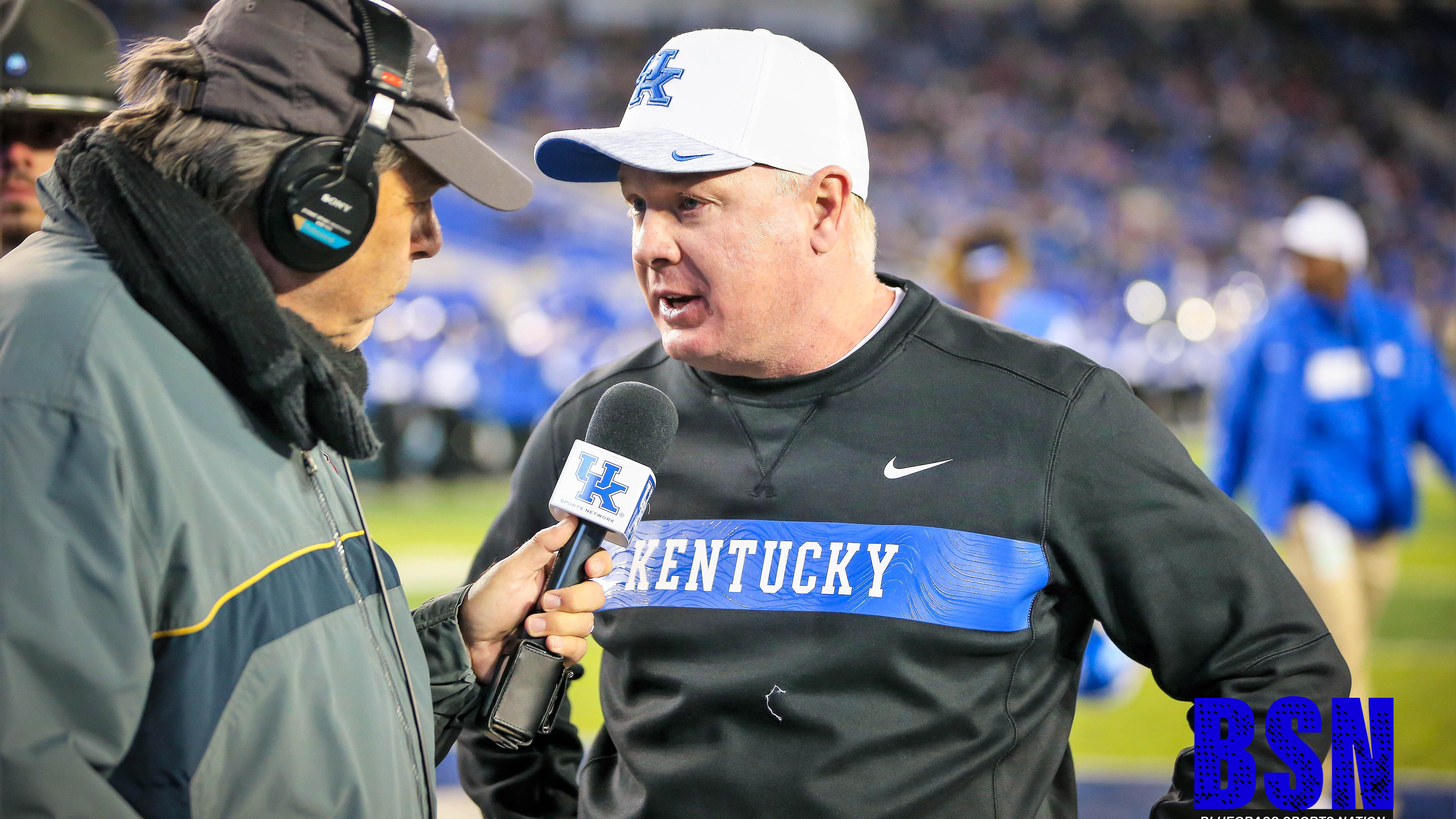 “This amendment has been in the works since early this offseason and it was important that we finalize it before the start of the 2019 season,” Barnhart said. “Mark has led our program to outstanding on-field results these last six seasons, culminating in a historic 2018, as well as success in recruiting and player development. Just as importantly, he shares our commitment to the growth of our student-athletes and to building Kentucky football into a championship program. We are pleased to acknowledge that success and that shared commitment.

“Mark, Chantel and their sons are part of our family, just as all of our coaches are. We are proud of the group we have assembled and thankful to have built an athletics department where our coaches want to stay and excel. Kentucky is truly a special place.”

The announcement comes on the heels of a 2018 season that was Kentucky football’s best in 41 years, ending in a VRBO Citrus Bowl championship. UK is the only program in the country to improve upon or tie its win total from the previous seasons in each of the last six years, which coincides with Stoops’ arrival prior to the 2013 season. UK will enter the 2019 season in the midst of a streak of three straight bowl appearances, only the third such streak in school history.

“I appreciate the continued confidence shown by Dr. (Eli) Capilouto and Mitch Barnhart in the progress we’ve made and our plans for the future,” Stoops said. “I’m thankful to everyone involved with building the success of Kentucky football – players, coaches, staff and our great fans in the Big Blue Nation. I’m excited for the opportunity for continued growth of our program.”

The term of the contract is unaffected by the amendment and lasts through June 30, 2025. Total guaranteed compensation for each of the remaining six years on the contract will increase by $500,000 annually. Stoops will have the opportunity to earn $250,000 for each win beginning with the ninth win of each season, but will no longer receive $250,000 for the seventh and eighth win each season as he did previously. The amendment provides for new incentive payments for $50,000 for winning Southeastern Conference Coach of the Year and $100,000 for winning National Coach of the Year. Other incentive payments are unchanged.

NOTE: Compensation for all head coaches is funded privately and entirely by UK Athletics, with no additional funds coming from the university or any foundation.