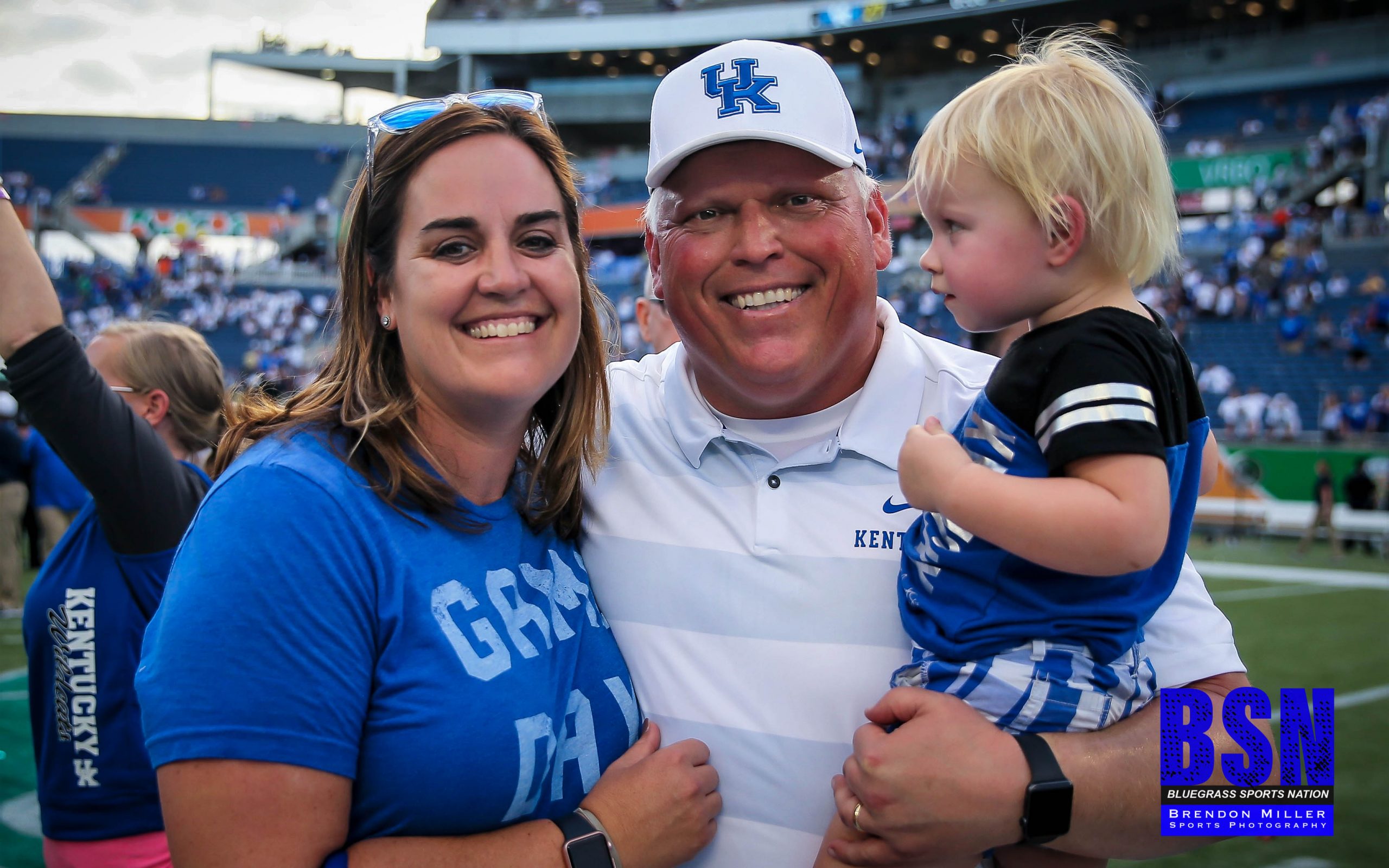 Kentucky will have extra motivation when it returns to the field Saturday following a bye week.

“We’re going to we’re going to go out and we’re going to honor John,” Stoops said Thursday. “One thing about John that everybody will tell you is that he was here with a strong, positive attitude every day he could. He essentially came in here and worked and coached until, you know, it was the bitter end for him.

“We’re going to honor him by doing what John would do, what would John want to do? And John would pick up and he’d come to work and he’d put a smile on his face even when he was struggling. And he would work. And the best way we can honor him is to go out there and play the very best we can.”

Kentucky, coming off a much-needed bye week, carries a two-game losing streak into the contest against the Commodores, who 0-5 on the season. Despite the winless streak, Vanderbilt erased a 17-0 halftime deficit against Mississippi State last week but came up short in a 24-17 setback to the Bulldogs.

Although favored, Stoops downplayed the early odds and pointed out his team’s 20-10 loss at Missouri earlier this season as the Tigers snapped a five-game losing streak to the Wildcats in Columbia.

“I was not very happy the way we played the last time we were favored. I don’t know if that has anything to do with it or (if it was) where we were at in the season and what we were doing on the road, whatever. It doesn’t matter. We weren’t good enough. Our guys need to continue to focus on ourselves, our energy, our focus, our preparation throughout this week in getting ready to play. That’s what I’m concerned about.”

Kentucky has won four in a row over the Commodores, including a 38-14 victory a year ago in Nashville. The Wildcats edged Vandy 14-7 in the last meeting between the two teams in Lexington in 2018. Stoops said the Commodores can’t be overlooked.

“You look at (the) last game for Vandy and they had 478 yards to 200 against a Mississippi State team that can play some darn good defense, at Mississippi State, not an easy place to go,” he said. “You can’t bank on five turnovers, so they obviously played extremely well this past week so we need to worry about ourselves and how we play.”

The Kentucky coach is hopeful the Wildcats will take advantage of a bye week that gave his squad a chance to rest, heal and catch their breath going into the final four games of the season. Following the Vandy contest, Kentucky faces two straight road games — at Alabama and Florida, respectively — and concludes the regular season against South Carolina on Dec. 5 at Kroger Field.

“We certainly needed some time off for our football team to heal up and get better, mentally and physically,” he said. “(We needed to) get re-charged for the home stretch here. We had a good off-week. We got some rest early in the week, got healed up a little bit, and had some good practices (last week).”

Stoops added the team’s hearts and minds will be on Schlarman, who had missed the previous two games while battling cancer.

“I want to coach as if John was with me standing next to me,” Stoops said. “If I could be a window through his eyes and, you know, for him to see the game through my eyes, there would be an honor. And I think our players need to think of it the same way. I just envision him that being there with us, watching us.”