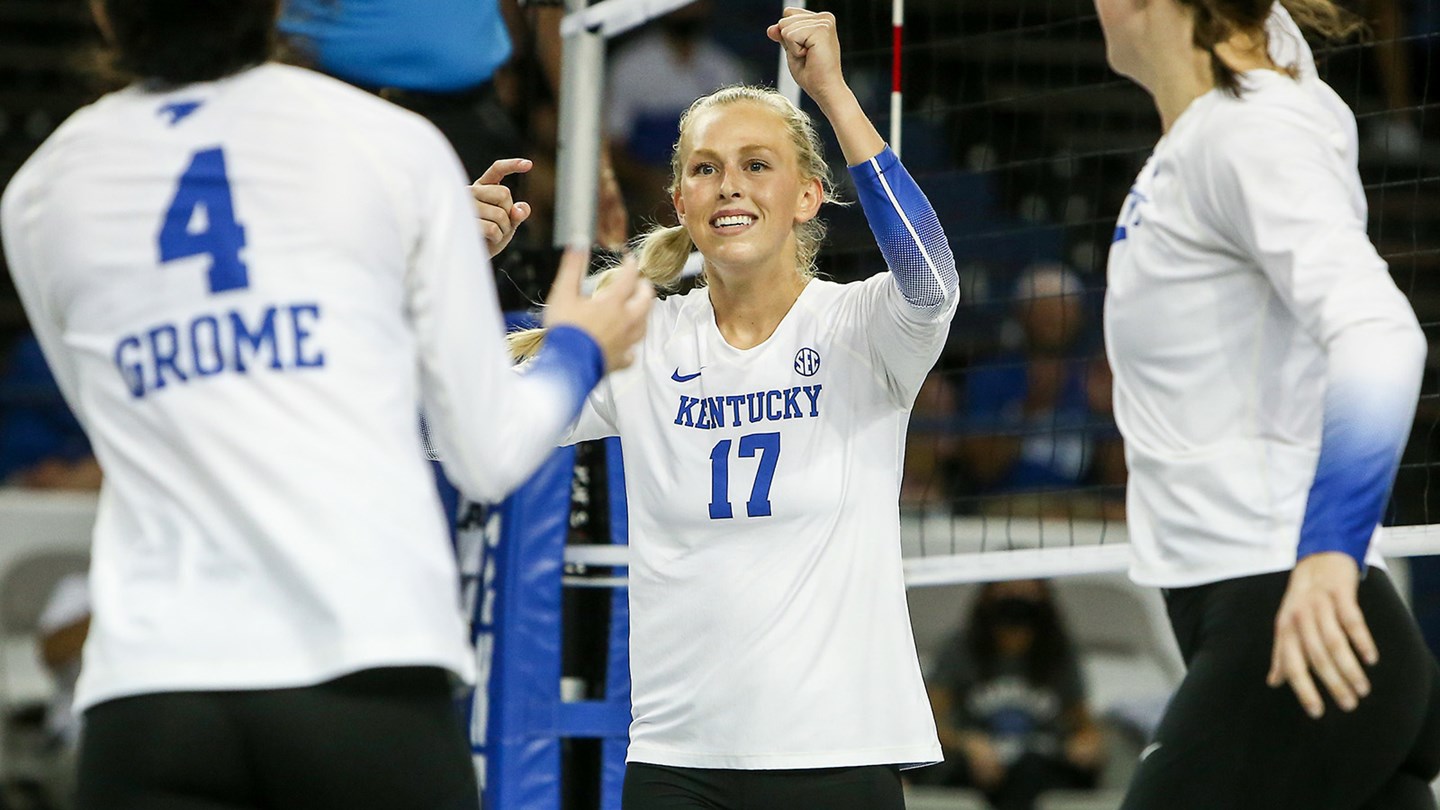 In addition to the three specialty awards, sophomore Madi Skinner and junior Azhani Tealer joined Stumler and Grome on the 2021 All-Southeastern Conference team, giving UK four spots on the coveted 18-member postseason team. Grome and Beavin were additionally both awarded spots on the 2021 SEC All-Freshman Team.

The senior outside hitter from Floyds Knobs, Indiana hit .252 on the year, averaging 3.62 kills per set. Stumler also averaged 2.26 digs per set on the season, making her one of the most dynamic players in the country for the fourth-straight year as a Wildcat.

Grome, after averaging a mammoth 11.4 assists per set, was named the SEC’s Freshman of the Year, becoming the fifth different Wildcat to win the award, and fifth under head coach Craig Skinner. The Loveland, Ohio native joins Rumley (2006), Edmond (2016), Lilley (2017) and Stumler (2018) as the only five UK players to win the award. In addition to her honor as the SEC Freshman of the Year, she was also named to the 2021 All-SEC Team, and the 2021 SEC All-Freshman Team.

Beavin, who finished the regular season at a team-best 3.36 digs per set led the SEC liberos in passing average and good-pass percentage. She was named the SEC Libero of the Year, making it the eighth-straight season that a Kentucky player has won the award. The Louisville, Ky., native becomes the first freshman Wildcat to ever win the award. Beavin was also awarded a spot on the 2021 SEC All-Freshman Team alongside teammate Emma Grome.

Madi Skinner averaged a team-leading 3.80 kills per set and Azhani Tealer led the team with 1.17 blocks per set in the regular season, with both earning spots on the 2021 All-SEC Team. For Tealer, it is her second-career SEC postseason award, with sophomore outside Skinner earning her first selection to the All-SEC Team.