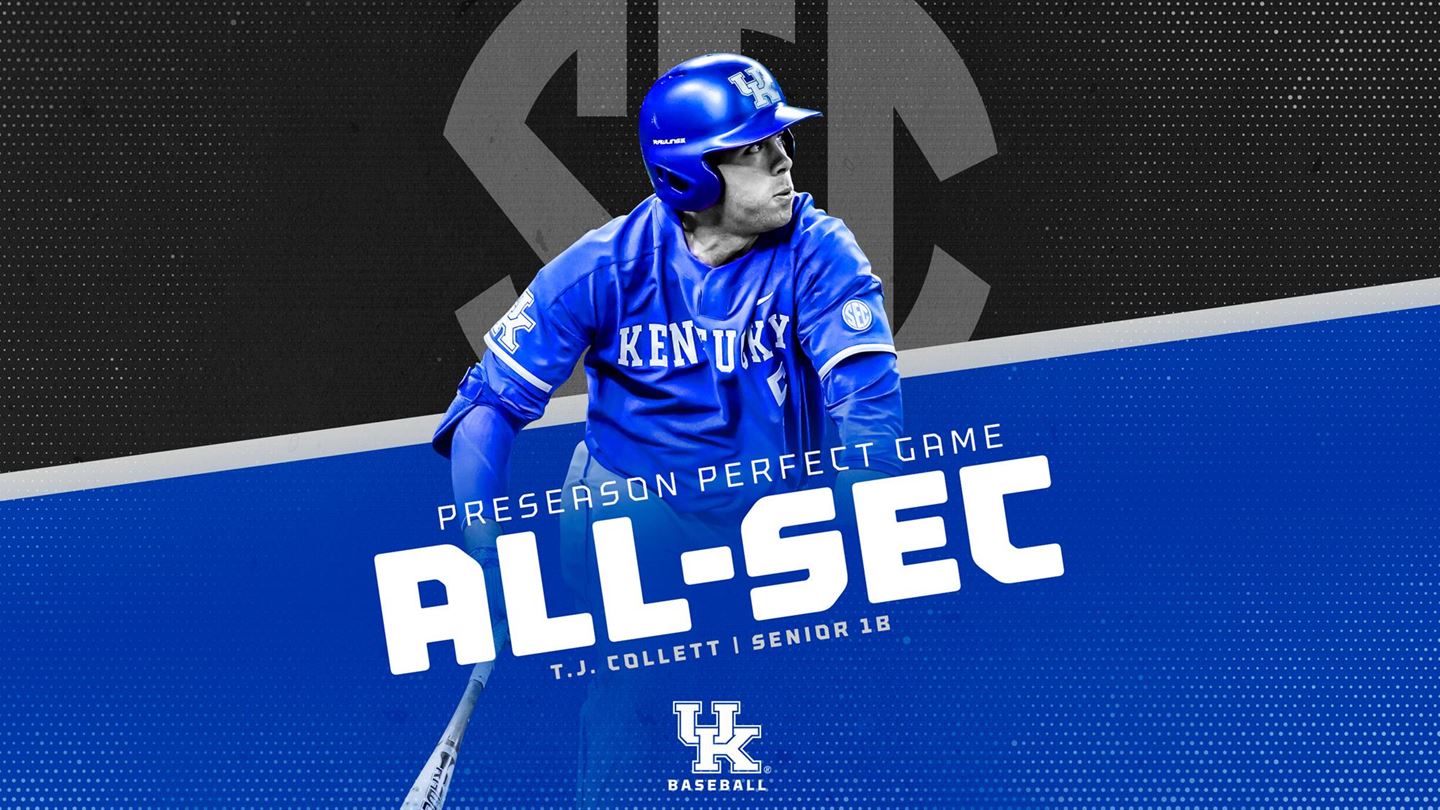 LEXINGTON, Ky. – Kentucky first baseman/designated hitter T.J. Collett has been named Preseason All-Southeastern Conference by Perfect Game, it was announced on Friday, earning top honors at first base entering the 2020 season. He also was named Perfect Game’s No. 7 senior in the country.