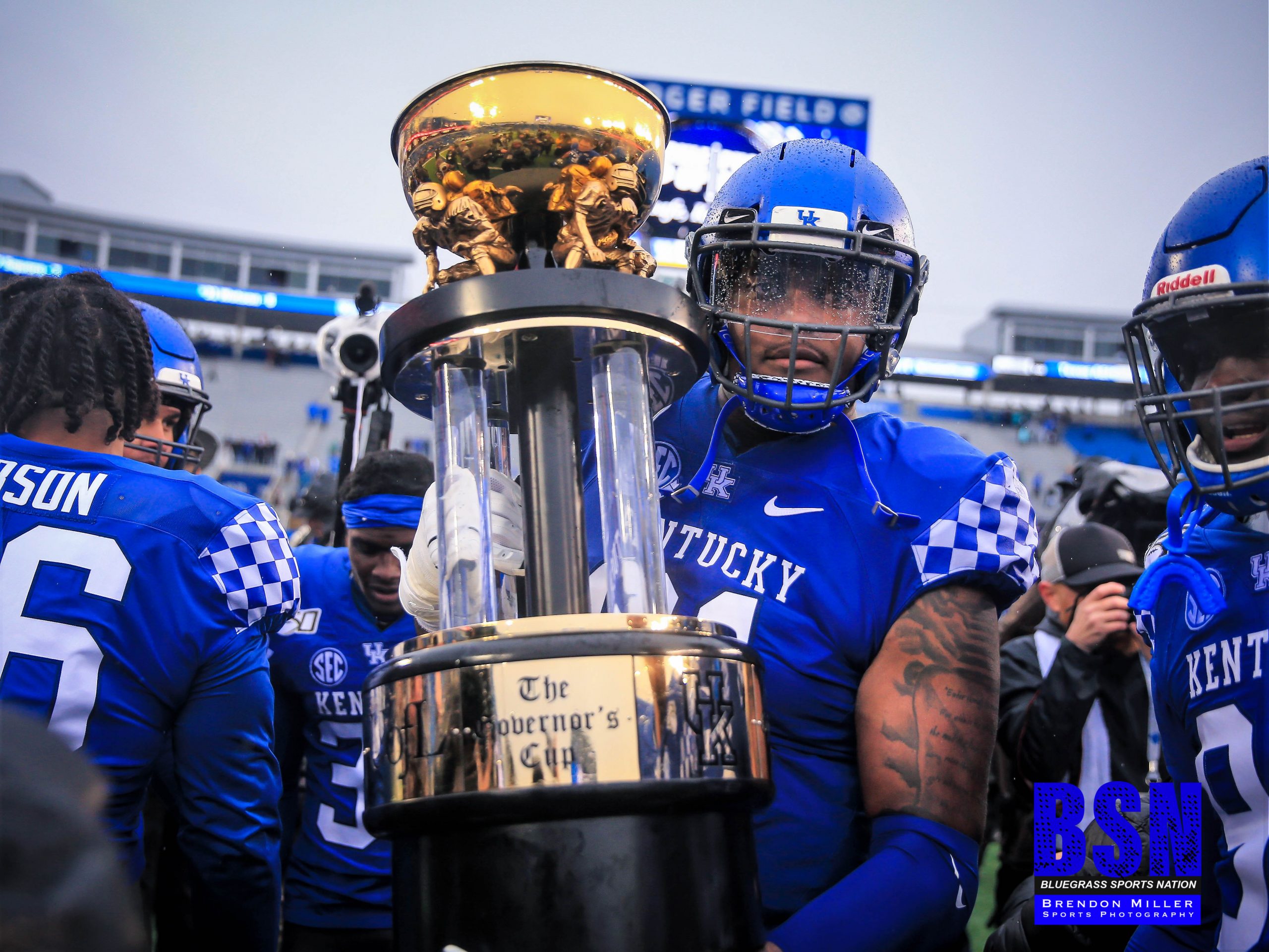 Calvin Taylor Jr. will be joining a couple of his former teammates after signing a free agent contact with the Pittsburgh Steelers this week.

The former University of Kentucky defensive tackle played in 40 career games for the Wildcats and started the past 22 contests. Taylor collected 85 tackles during his career, including 16.5 tackles for a loss, 10.5 sacks, five pass backups, three quarterback juries, three forced fumbles and a fumble recovery. Bud Dupree and Benny Snell are on the Steelers’ current roster.

“I think that’s a great fit for him,” Kentucky coach Mark Stoops said. “Pittsburgh likes big guys like Bud (Dupree). Big, strong, physically guys just like Benny (Snell). I think Calvin will fit in well with that organization. I did think he would be drafted late but that didn’t happen but maybe that’s a blessing in disguise. Maybe the Steelers needed him and he’ll go there and do well. Calvin has done nothing but overachieve.”

“We picked him up late because I saw his size, I saw his raw ability,” Stoops said. “If anything, he had an opportunity to be a tackle but he was starting to really come along with defensive tackle and we needed him. He was a mainstay for us the past couple of years and contributed quite a bit and with that length, it really helped us. Hopefully he’ll do the same with Pittsburgh.”

TJ Carter, a defensive end, signed with the Arizona Cardinals after starting 50 games with the Wildcats in four seasons. He collected seven tackles, including 12 for a loss and had a career-high 26 tackles last season. Corey Peters,a former defense lineman at Kentucky, also plays for the Cardinals.

Taylor and Carter were part of a senior class that won 32 games during the past four seasons and made four straight postseason appearances.

Receiver Ahmad Wager signed with the Chicago Bears after playing in 23 games and making 11 starts in the past two years. He had 15 catches for 254 yards and two touchdowns last season.

“I think they all have a great chance to make teams,” Stoops said. “They are very good football players who have overcome a lot already and I expect them to have a great opportunity.”