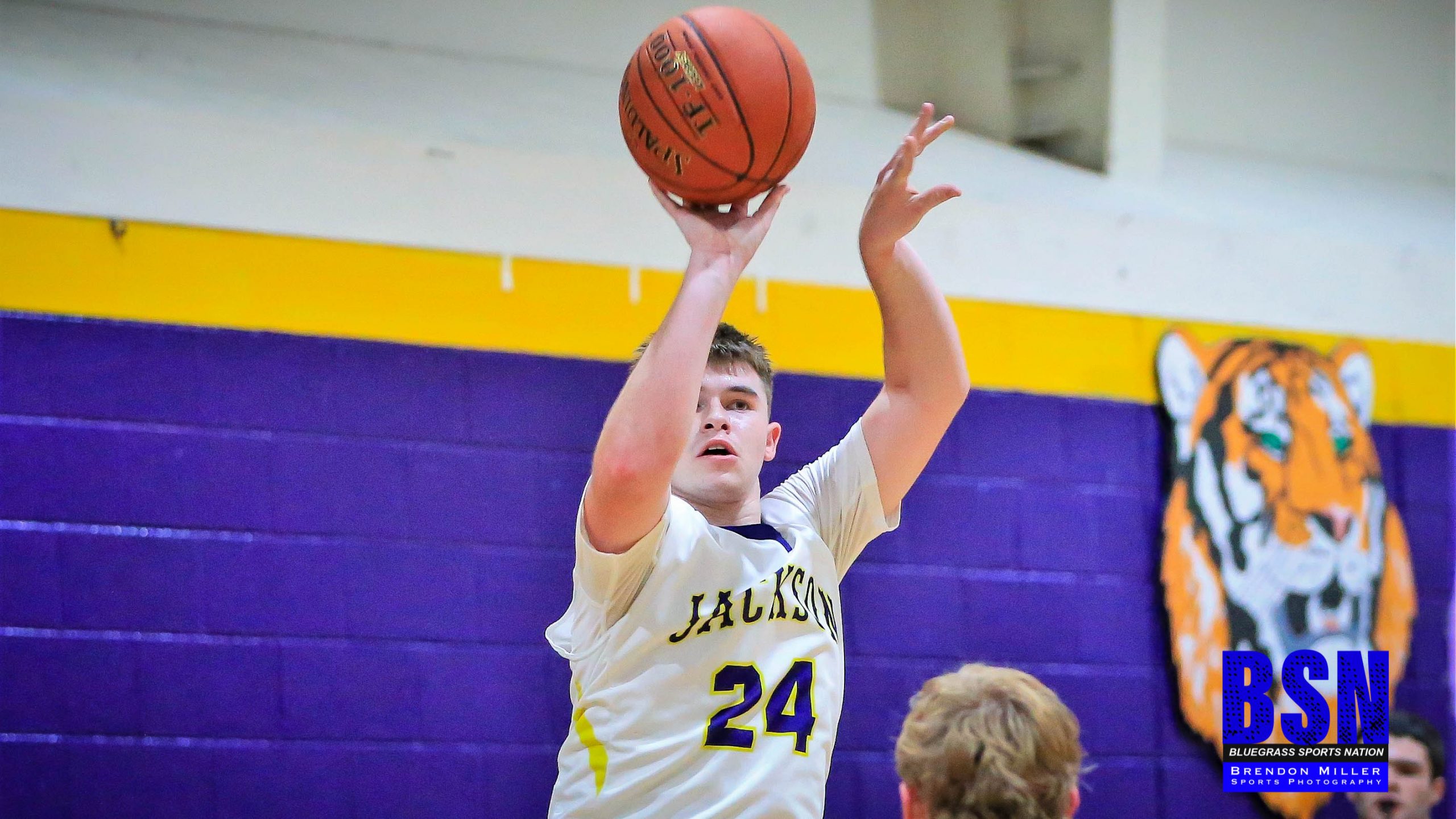 Year two at JCS for Head Coach Kyle Pertuset got off to a fast start as the Tigers defeated June Buchanan on Monday Night. Jackson’s uptempo running and pressing style of play was on full display, as the Tigers jumped out to a 21-8 lead at the end of the 1st Quarter, and 39-20 at the half.

The Tigers put up 30 points in the 3rd Quarter to put the game away and eventually closed out the action with a 42 point final margin.

The Star of the night was Junior Alexander Terry who posted 40 on the night. Terry posted 16 at the half, then 15 in the 3rd quarter and 9 in the 4th. Terry 6 three pointers on the night with 5 coming in the 2nd half. Terry was 5 of 5 at the line.

Dawson Prater added 4 threes, as Jackson City hit 12 from behind the arc on the night.

NEXT GAMES:
Jackson will host Breathitt on Thursday Night at 7:00 PM
June Buchanan will be at Owsley County on Saturday the 7th.