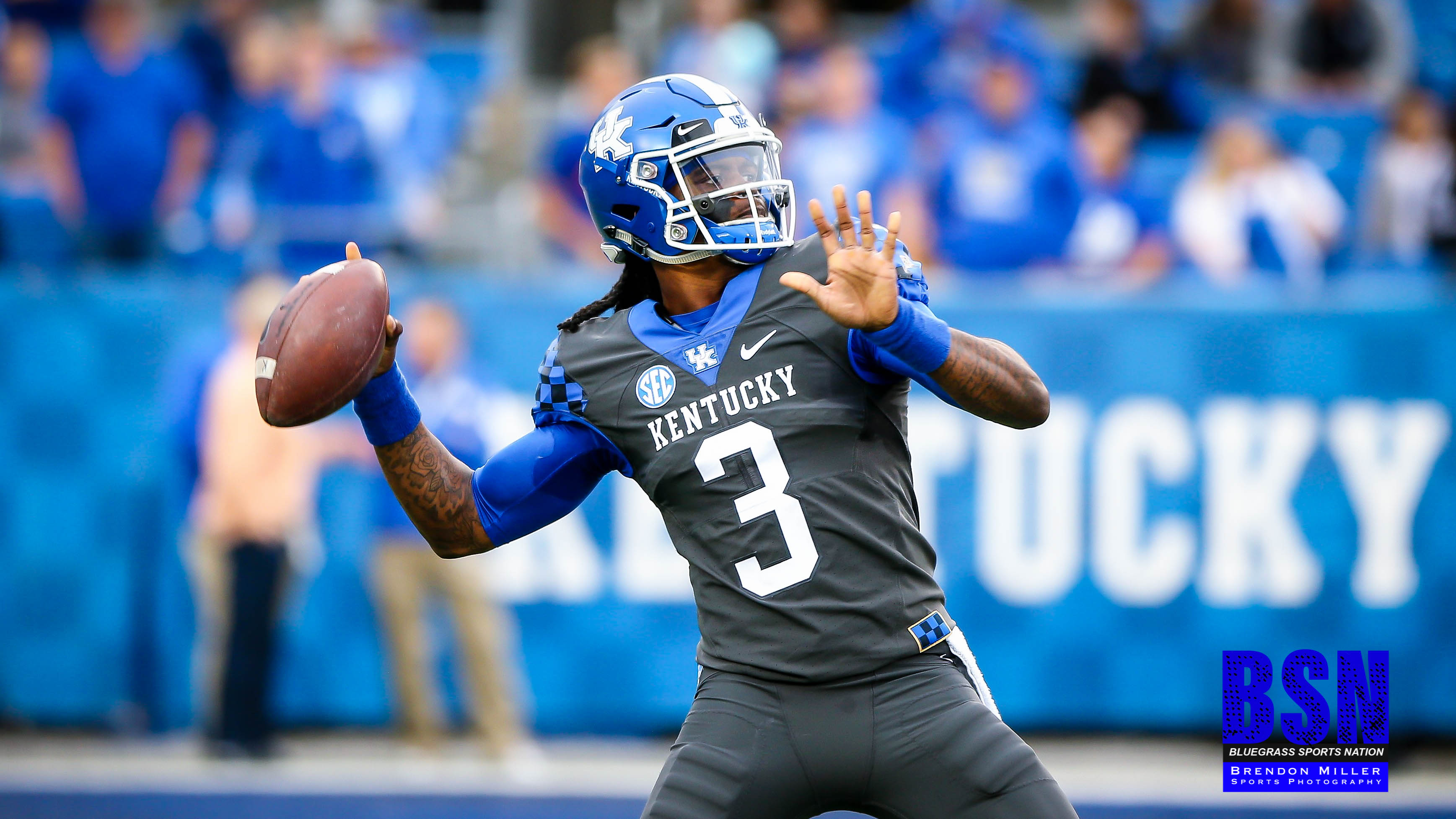 The senior is returning to the field after missing most of the 2019 season due to a knee injury, although he had exploded out of the gates before he went down. In two games he completed 63.5 percent of his passes for 360 yards and two scores with another 44 rushing yards and a score.

Wilson’s value to the Wildcats runs deeper than raw numbers, as he is 12-3 as a starter, the best record for any UK quarterback in his first 15 starts with starting lineups available since 1993. In 2018, he started all 13 games and led UK to its first 10-win season since 1977, including a VRBO Citrus Bowl victory. He is the only SEC quarterback to have had at least five games with a completion percentage of at least 70-percent (min. 20 attempts).

In two seasons as the starter, Wilson has completed 213-of-320 passes for 2,249 yards with 13 touchdowns and just eight interceptions. He also has rushed for 591 yards and five scores on 152 attempts, making him one of just five quarterbacks in UK history to has at least 2,000 yards passing and 500 rushing (Stephen Johnson, Pookie Jones, Bernie Scruggs and Shane Boyd).

The namesake of the Golden Arm Award has a storied history. Johnny Unitas was an 18-year veteran of the NFL, who played his collegiate career at the University of Louisville before joining the Baltimore Colts in 1958. His career passing figures include 2,830 pass completions for 40,239 yards, 290 touchdowns and throwing a touchdown pass in 47 consecutive games.

Giving life to the commitment to give back, the Johnny Unitas Golden Arm Educational Foundation, Inc. and presenting sponsor A. O. Smith continue to promote football on all levels by providing financial aid to deserving young scholar athletes. A. O. Smith is committed to creating innovative solutions that set new standards for their industry.