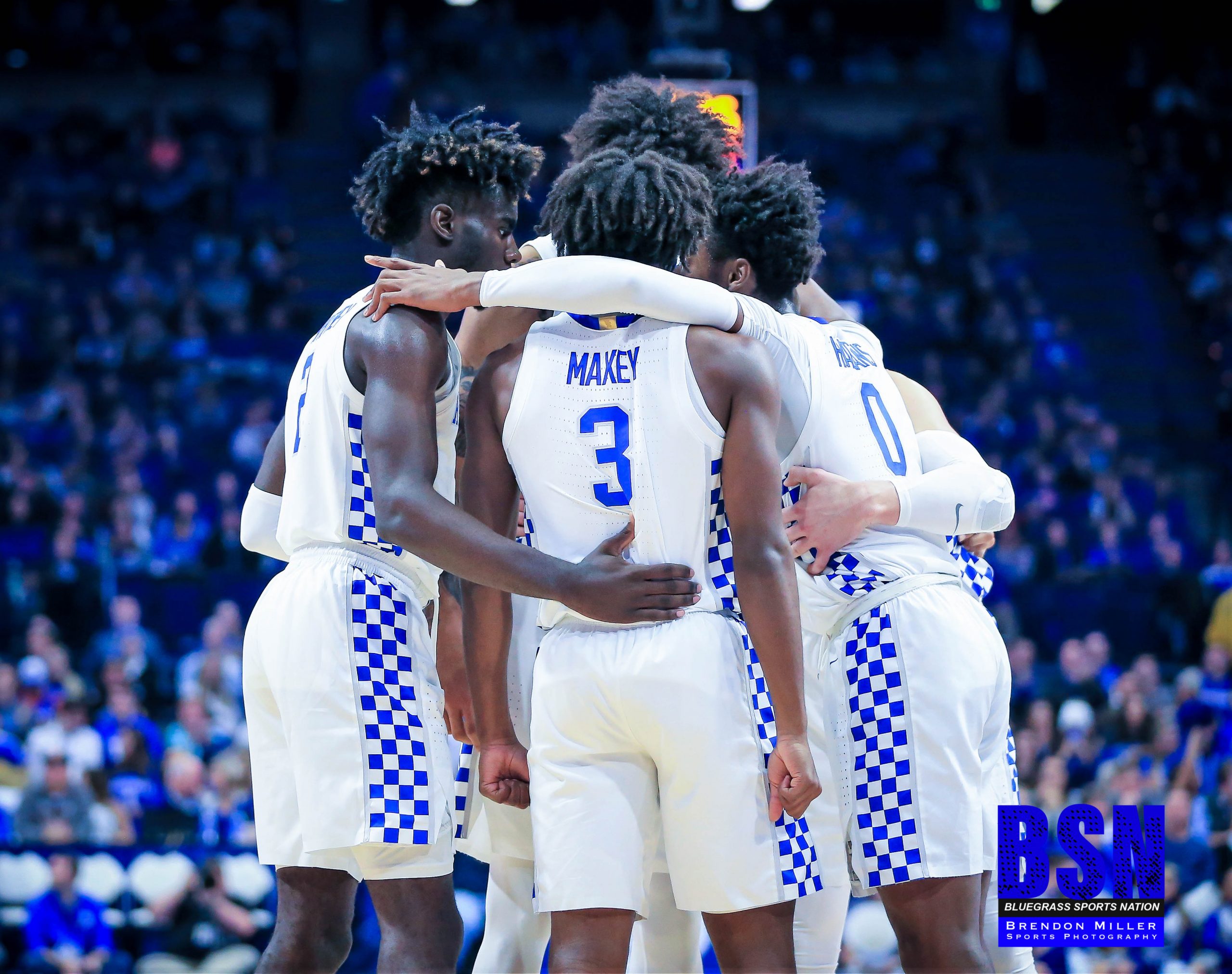 Texas Tech and Kentucky have played just four games against each other and the two teams haven’t met in more than two decades. A fifth meeting will take place this weekend.

For the first time since 1965, the 15th-ranked Wildcats will take on the No. 18 Red Raiders in Lubbock, Texas in the Big 12/SEC Challenge Saturday. The two programs haven’t played since Kentucky dealt Texas Tech an 83-68 setback in Cincinnati.

Despite the lack of history between the two programs, Texas Tech coach Chris Beard is well aware of Kentucky’s rich history and its coach, John Calipari.

“There as many challenges as can possibly be (and) I can imagine. (John Calipari) is one of the best coaches in the history of college basketball and it’s obviously one of the most historic programs with a great fan base,” Beard said on the Big 12 coaches teleconference on Wednesday. “(It’s) another year, (and they have) incredible talent. We’re just getting started on the game where I am personally (because) we played (Tuesday) night.”

The Red Raiders (12-6, 3-3) have been on a roller-coaster ride this season. Texas Tech handed then-top-ranked Louisville a 70-57 loss in the Jimmy V. Classic on Dec. 10 at Madison Square Garden. Texas Tech has split its first six games in conference play and is coming off a 65-54 loss at Texas Tech Tuesday night.

“We’re a work in progress,” Beard said. “… I’m really enjoying coaching this team and I’m proud of this team. We return one starter from last year’s Final Four team and we return two players that played last year. Somehow we’ve built a team as we’ve gone along.

“We’ve had some amazing moments this year and we’ve played some really good basketball for extended periods of time, but we’re still searching for that complete game as are a lot of teams.”

Kentucky (14-4, 5-1 Southeastern Conference) defeated Georgia 89-79 Tuesday night to complete a regular-season sweep of the Bulldogs. Kentucky has enjoyed success in the Big 12/SEC Challenge and defeated Kansas 71-63 in the yearly one-day event between the two conferences last year at Rupp Arena. Kentucky is 3-3 in the event and has won two straight, induing last year’s single-digit win over the Jayhawks.

Beard said the Wildcats won’t be an easy task for his team to overcome and said his respect for Kentucky is “off the charts.”

“We’ll have to play the best game of the season to have a chance to be competitive in the game in my opinion,” Beard said. “(It’s) a team that we have a lot of respect for (and) a team that’s definitely good enough to win a national championship.”

Like Beard, Georgia coach Tom Crean respects the job Calipari has done with the Wildcats during his tenure at Kentucky.

“I’ve respected him for a long time, and I’m not just saying that because I’m friends with him, but I’m saying this because it’s mind-boggling how good of a job he does with them,” Crean said earlier this week. “That team just gets better and better. We tried to beat them, and we couldn’t. We were close at times. They don’t beat themselves very often, but I think that is a tribute to how well he coaches, how well he teaches, what he demands, and then eventually what happens, and I think you will start to see it now.”