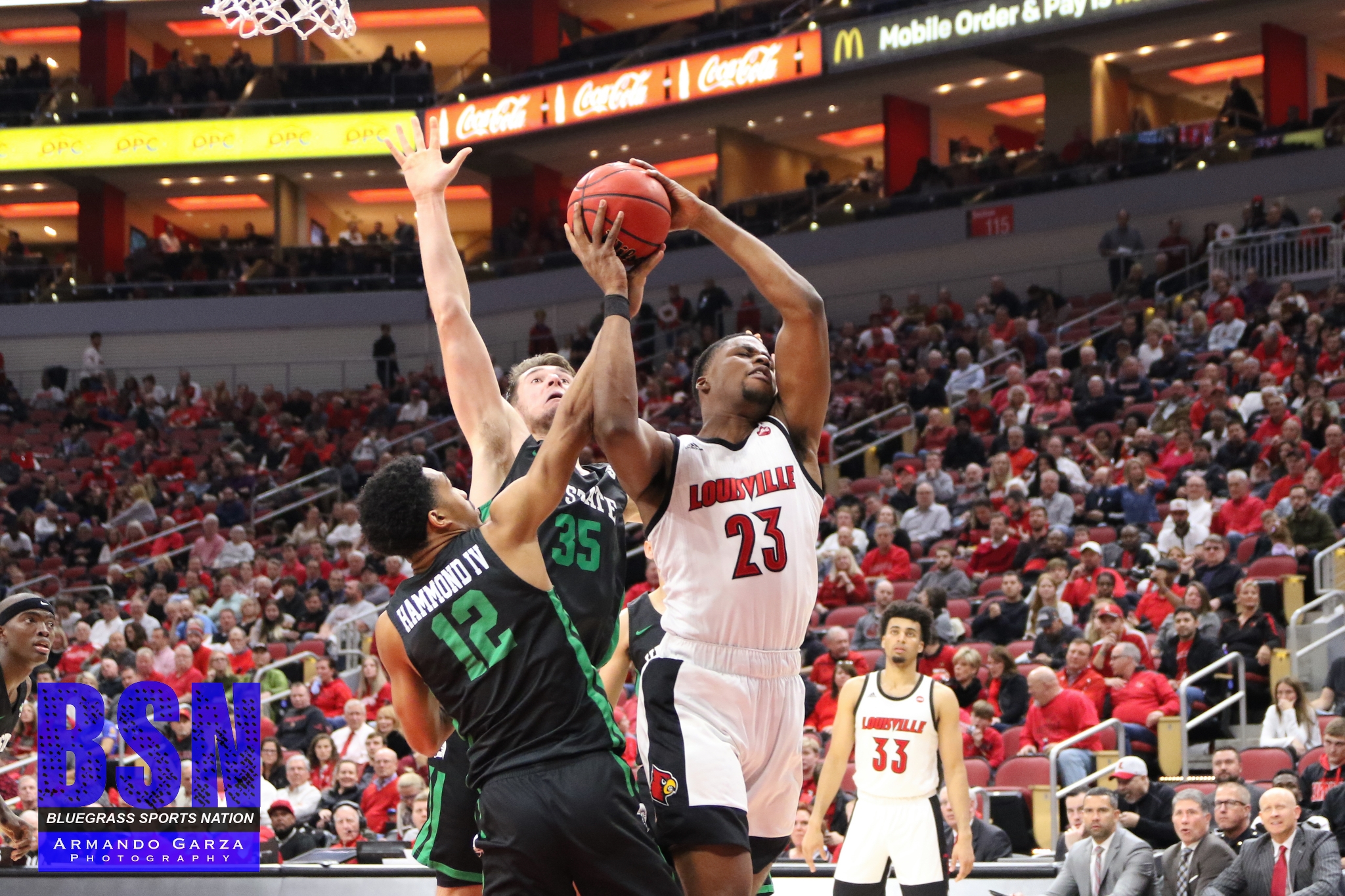 The Cardinals hosted the Spartans at the Yum! Center.  It was a cool night, no rain and the Cardinals were a heavy favorite.  A great night for Basketball! However, the Spartans were here to play, they wanted the “W” and for a while they looked like they could pull the upset. The game was close for much of the contest and the Spartans started the game with the lead then took the lead again 6 minutes into the 2nd half with the score of 43-40. You could hear the fans’ disappointment. Could this be another Evansville night? Well not exactly! Everyone soon got a taste of the MacCardinal, Nwora snack!

Either the Cardinals had other plans or maybe Coach Mack’s motivational speech got them back into gear. Whatever it was, the Cardinals started playing their game. The game started with the Cardinals winning the tip off. Steven Enoch #23 missed the hook shot jumper from within the paint. The Spartans Dalvin White #1 got the rebounds and Spartans’ #10 Tommy Bruner get the opening 3 pt shot. Cardinals’ Jordan Nwora #33 answered with a layup for 2 points. As mentioned, the game was fairly close; the Cardinals were up by as much as 11 points in the first half and went into the half with the lead of 34-28. The second half remained close for first 9 and ½ minutes with the Spartans leading at one point and keeping it close when they were behind. With 10 minutes and 24 seconds left in the game, the Cardinals decided to step it up a notice as the Spartans had to slowly watch their chance of the “W” slowly dissipate as the Cardinals finished the game with a 16-2 run. The final Score of the contest was 76-50.

While Malik Williams #5 and David Johnson #13 had been sidelined due to injuries, Coach Mack had commented before the game that he might play them. Williams played for 5 minutes and Johnson played for 3 minutes, both scored 4 points with Johnson scoring his first collegiate basket.