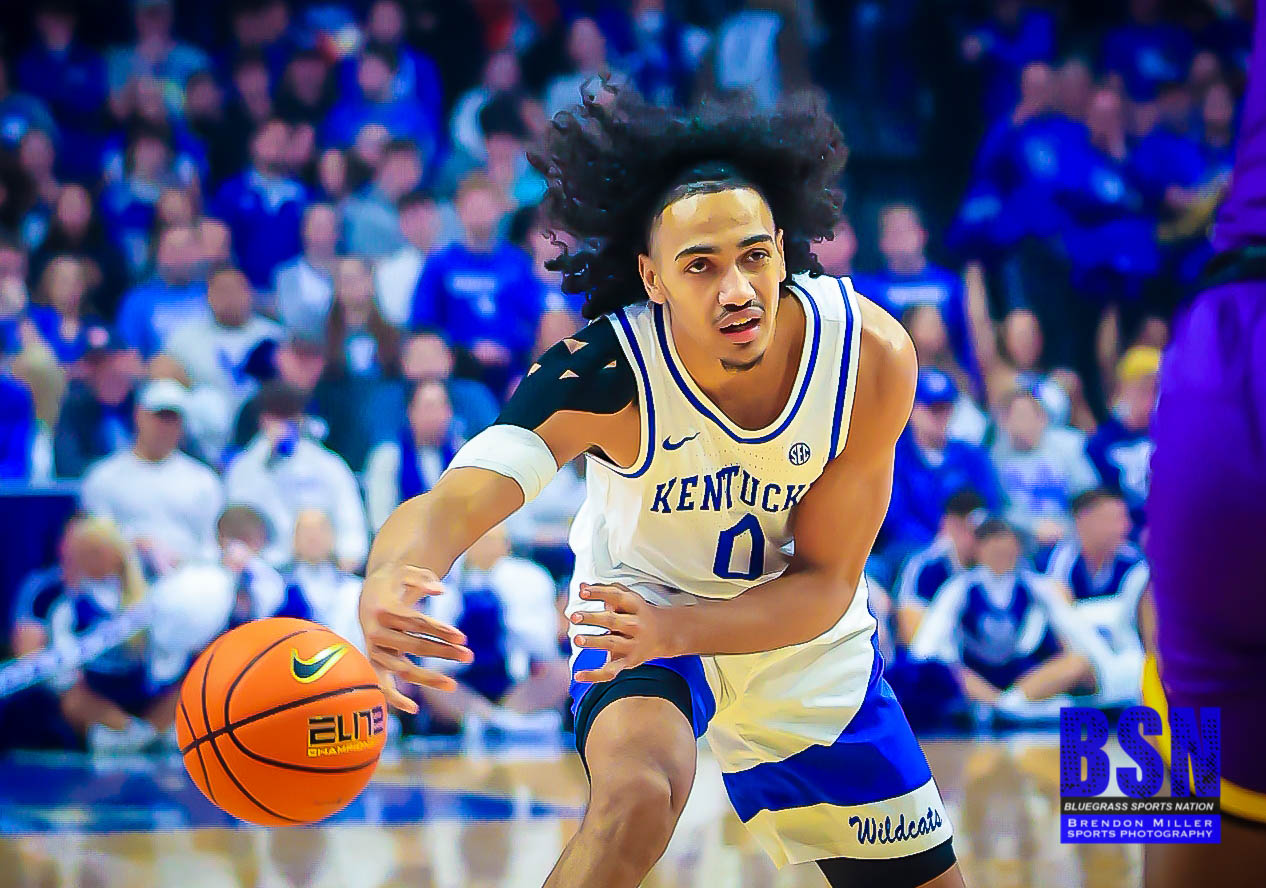 Kentucky fans were hopeful that defeating Louisville wasn’t a hoax and that perhaps the Wildcats had turned the corner offensively. After seeing better flow to the offense for the second game in a row, tonight’s 74-71 victory against the LSU Tigers encourages fans to buy-in on this team once more. Skeptics remarked that Louisville is just a bad team, and the Cats can’t scoreagainst a good team. After defeating LSU that sentiment is no longer valid.

The Tigers have had a great start to the season, heading into the game with a 12-1 record, with their most recent victory against 13th ranked Arkansas. The Wildcats knew before tonight’s game that their toughest matchup would be fifth year senior KJ Williams who entered tonight’s game averaging 18.5 points and 8 rebounds. Williams also possesses the ability to shoot from behind the arc, where he averages 40% on the year. Oscar Tshiebwe was given Williams as his assignment defensively and even though Willams had a great stat line, he wasn’t able to handle Tshiebwe’s physical play down low. Williams gained the majority of his 23 points from behind the arc, hitting 4 of his 6 three-point attempts, and from the free throw line where he shot a perfect 3 for 3.

For their second consecutive game Chris Livingston kicked it off with a three-pointer and the Cats took an early 9-5 led. LSU made 3 three-pointers to take their first lead of the night. The remaining of the first half was a close competitive one with UK taking the biggest lead with 8. However, a couple of back-to-back bad calls kept the Tigers in the game. Kentucky led at the half 42 to 38.

Oscar Tshiebwe led the Wildcats in both scoring at the half (12 points) and rebounds while making all five of his field goals. Sahvir Wheeler made 2 of his 3 three-point attempts to give him 8 points, 5 assists, and 5 rebounds.

It was another closely contested second half, but the Wildcats were able to gain a double-digit lead for the first time of the game with 12 minutes left in the game. Jacob Toppin scored 8 points in the first 10 minutes to give an offensive spark to the Cats. The Tigers were not ready to give up yet and they held Kentucky to a 4-minute scoring drought to pull back within 2 with 6 minutes left in the game. The game come down to the wire. Jacob Toppin scored 11 of Kentucky’s last 15 points of the game including two free-throws that sealed a 74 to 71 victory for the Cats.

It appears that Jacob Toppin has emerged from his scoring slump. Tonight, he scored 21 points, 17 of which were in the second half. He also grabbed 3 rebounds and made 3 assists. Oscar Tshiebwe had another National Player of the Year stat line with 19 points and 16 rebounds. The dynamic duo scored over half of the Wildcats points for the game and 24 of the 32 second half points.

Kentucky gained 18 assists while turning the ball over only 6 times for the game. Sahvir Wheeler contributed to great ball movement with 9 assists. Wheeler also scored 11 points and secured 6 rebounds.

Kentucky’s improved offense will be tested again on Saturday at 1pm when the Cats travel to Tuscaloosa to face Alabama. A victory on the road will pay dividends to the Wildcats newly gained confidence.