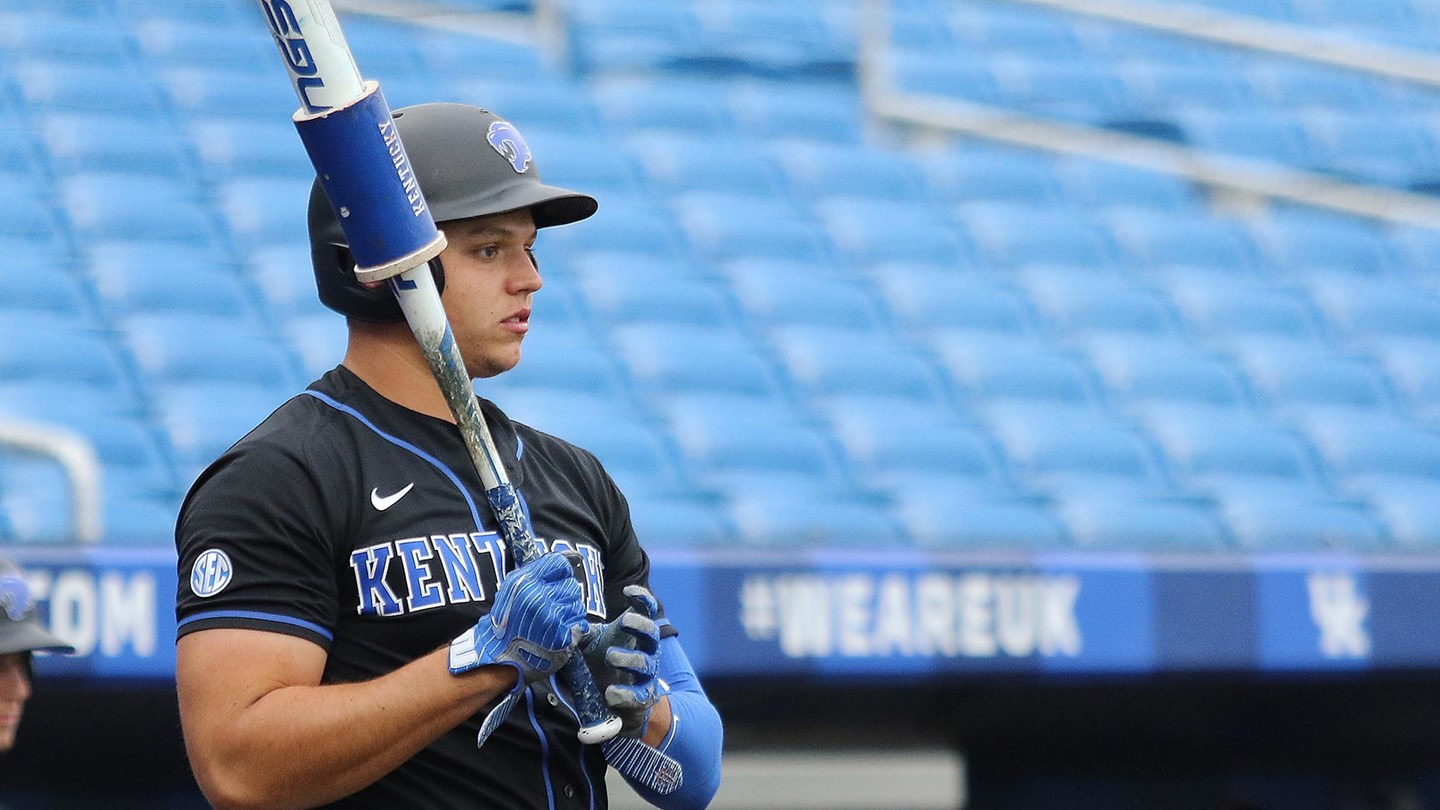 FORT WORTH, Texas – Trae Harmon clobbered the first home run of his career  and drove in three runs but it wasn’t enough for Kentucky as it fell TCU, 10-5, in the series finale at Lupton Stadium. The defeat concluded a weekend sweep at the hands of the Horned Frogs, who have reached the College World Series four times in the past six seasons.

Harmon, from Somerset, Kentucky, earned the first start of his career after pinch hitting in each of the first two games of the season. In his second at bat he delivered the Cats’ first hit of the afternoon, a moonshot to left field that landed in the shadows of the three oversized flags fluttering above the trees. He added a two-run single in the eighth for a career-high three-RBI day.

Like the first two games of the series, the Cats (0-3) were undone by unforced mistakes. After retiring the first five hitters of the game, starter Dillon Marsh issued a pair of two-out walks, opening the door for a five-run inning. In all, 10 of the Horned Frogs’ runs on the weekend came from runners who reached via walk or hit by pitch.

The Cats will have a chance to steady themselves beginning Tuesday when they open a 15-game home stretch at Kentucky Proud Park against Southeast Missouri State.

Bottom 4th – Humphreys doubled to open the inning and moved to third on a flyout. Sikes reached on an error, Humphreys scored. TCU 6, UK 0.

Top 8th – Matt Golda had a pinch hit single and T.J. Collett singled to CF. After a passed ball moved up both runners, Harmon singled to CF, scoring Golda and Collett. TCU 9, UK 4.

Bottom 8th – Rodgers singled to CF, moved to second on a balk, to third on a groundout and scored on Tommy Sacco’s SAC fly. TCU 10, UK 4.

The Cats open a 15-game homestand at Kentucky Proud Park on Tuesday, Feb. 18 at 4 p.m. ET vs. Southeast Missouri State. The game will be aired on SECN+. The radio call will be on the UK Sports Network.