Transfer Sarr Glad to be Part of ‘Winning Culture’ at Kentucky 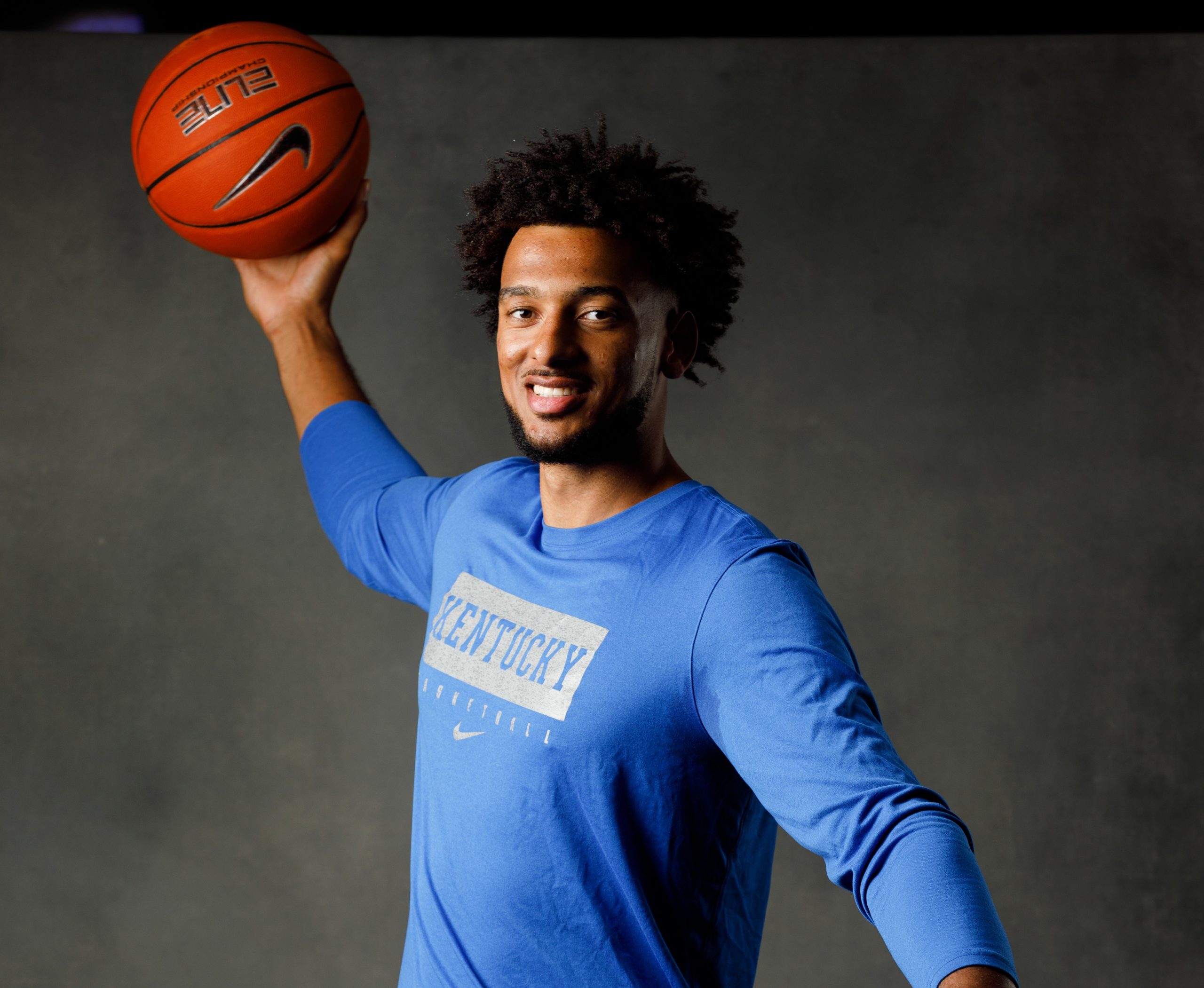 Olivier Sarr couldn’t turn down an opportunity to play for Kentucky and waiting for a waiver was worth the wait for the former Wake Forest standout.

“They told me to stay positive at all times, and I did it,” Sarr said Wednesday. “But, honestly, sometimes it was tough. But it paid (off). Now it’s good. Now it’s official and I’m part of the team and I’m just really happy to be here.”

Sarr’s journey to Kentucky came after Danny Manning got fired at Wake Forest and it “changed my plans.”

“Then the Kentucky opportunity came up,” he said. “It’s something that I couldn’t refuse.”

Sarr was ruled eligible last week by the NCAA and the Southeastern Conference after waiting more than six weeks for work on the upcoming season and gives the Wildcats experience and an immediate presence in the post for the upcoming season.

“All I can do is to focus on my work, focus on helping the team as much as possible as I can at practice, getting the guys ready to face whoever we’re going to face every night, be ready for battle, share my experience, and make the team better as a whole,” he said. “Then we will see the impact at the end of the season.”

Since arriving on campus, Sarr has noticed a difference in the culture and the mindset at Kentucky compared to his previous stop at Wake Forest.

“It’s a winning culture,” he said. “Not knocking on my old school or whatever, it’s just different. Kentucky has a successful history. It’s a great program. It has high expectations, and you can feel that as soon as you step on campus and as soon as you start practices. As far as my teammates and their impact and challenging, I think everybody brings different stuff playing the four and the five.”

“I’m trying to model my game after him,” he said. “He’s a great defender He can guard one through five and that’s something I try to incorporate in my game, but he’s also a stretch five, one of the best centers in the league and an NBA champion.”

“He was also a great defender (and) all-around player,” he said. “He could shoot as a big. All these guys. (Also like)  Tim Duncan — all these big guys — LaMarcus Aldridge, I think, is an underrated big in the league right now, but he’s a great midrange scorer and that’s something I try to put in my game.”

The ongoing pandemic forced Sarr to make a few adjustments, but things relatively stayed the same from a personal standpoint, a schedule that featured a simple routine.

“That was my lifestyle before,” he said. “It’s my room and then eating and then going to the gym or the weight room, so it didn’t change anything that much other than bringing other guys closer to each other, you know, being in this bubble.

“We’re really close to each other because we have no distraction. We’re avoiding leaving the lodge, the residence, and just staying safe. So I think it’s helping the team chemistry so far.”