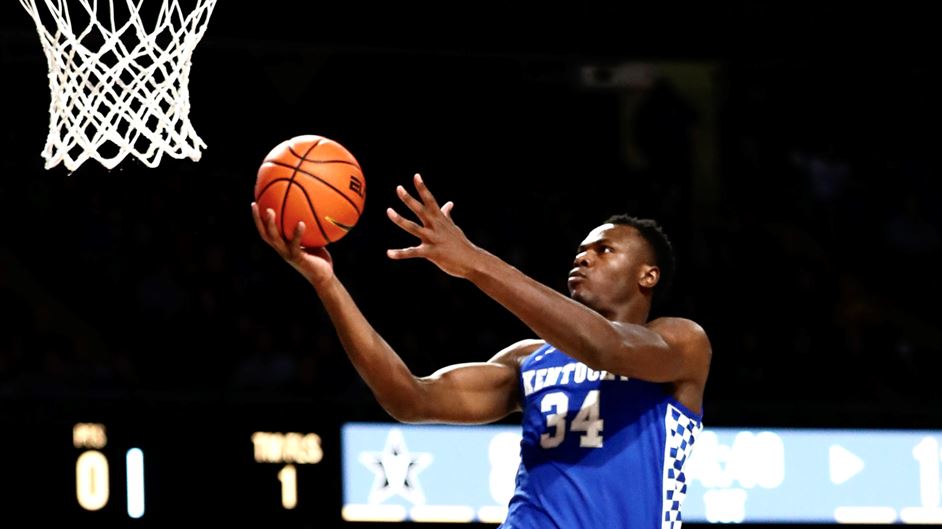 Oscar Tshiebwe scored a career-high 30 points and had 13 rebounds as 18th-ranked Kentucky routed Vanderbilt 78-66 on Tuesday night for its second straight win.

The Wildcats (13-3, 3-1 Southeastern Conference) won their 11th straight in the series, and coach John Calipari improved to 22-4 against Vanderbilt with his 797th overall victory.

Tshiebwe came in leading the nation in rebounding and second in double-doubles; this was his 12th. He became the first Kentucky player with at least 30 points and 10 rebounds in a game since Tayshaun Prince on Dec. 8, 2001, against North Carolina.

Scotty Pippen Jr., the SEC’s leading scorer, nearly matched his average with 17 points by halftime. He finished with 32. But junior Jordan Wright was held scoreless for the first time this season after averaging 12.7 points a game for Vanderbilt. Trey Thomas added 14 for the Commodores.

Vanderbilt never got closer than a tie at 22 after an 11-0 run early.

Tshiebwe scored five of the final seven points as Kentucky led 41-27 at halftime.

The Wildcats led by as much as 78-50 with 6:14 left. The only thing that kept Vandy from allowing a season high in points was finishing the game on a 16-0 run with Kentucky missing its final seven shots.

Commodores fans weren’t happy students weren’t allowed at this game with university officials limiting in-person activities until Jan. 24 amid a surge in COVID-19 cases. Plenty of Kentucky blue sprinkled the student section that had gold shakers at each seat waiting to be used.

Kentucky: The Wildcats rested point guard Sahvir Wheeler, who remains day to day after hurting his neck a week ago in their loss at LSU. The junior wasn’t needed, giving him more time to rest up before Saturday’s home game with Tennessee. … Davion Mintz, the Wildcats’ leading scorer last season, made his first start this season and finished with nine points.

Vanderbilt: The Commodores came in 23rd in turnovers forced and 42nd in scoring defense, holding opponents to 62.4 points a game. They forced only nine turnovers, four in the final 6:14 with the game decided.

Kentucky returns home to host No. 22 Tennessee on Saturday.