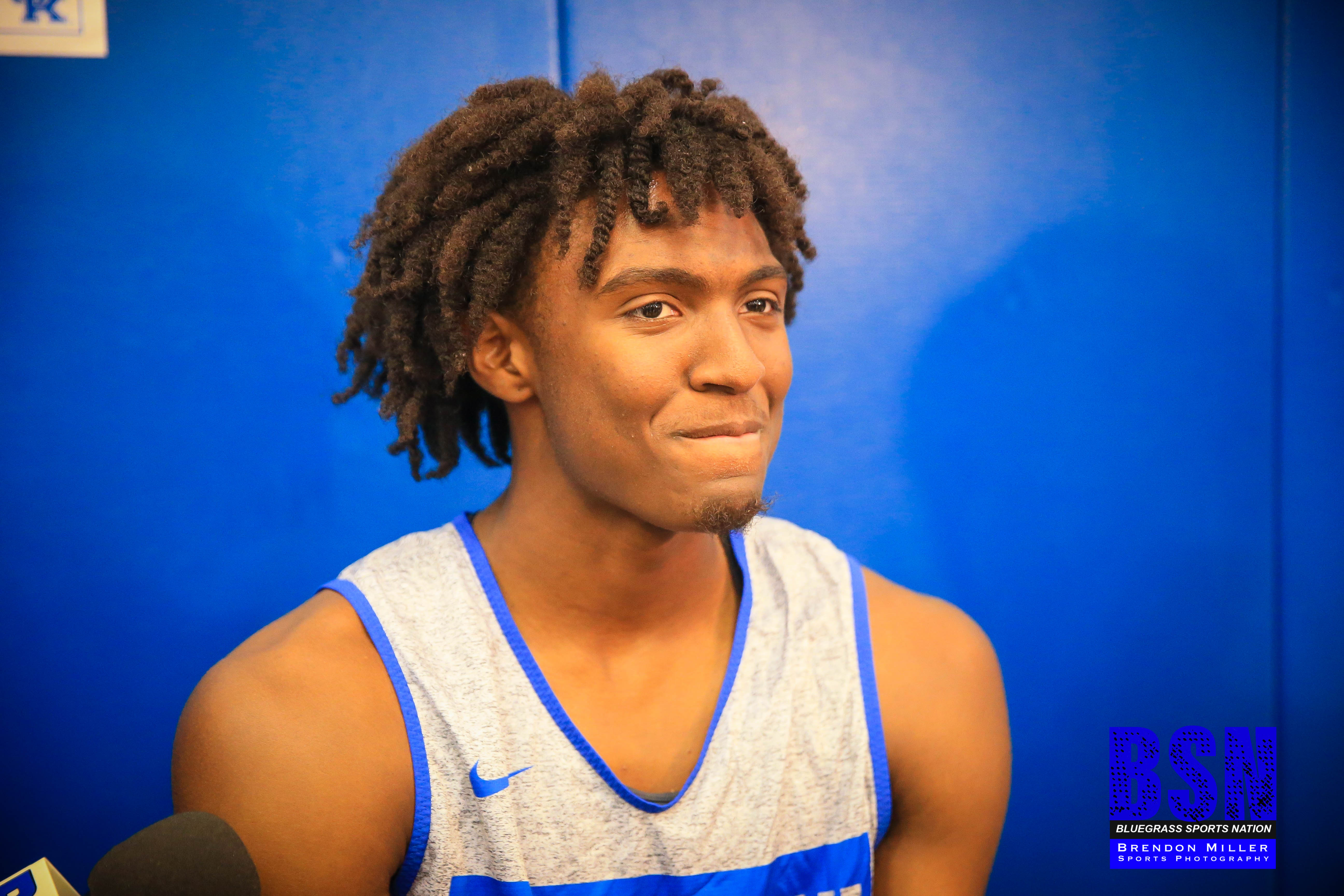 LEXINGTON, Ky. – Kentucky freshman guard Tyrese Maxey certainly has enjoyed quite a week. It began with a celebration of his 19th birthday last Monday, continued with a breakout performance in New York on Tuesday and concluded with Southeastern Conference’s Freshman of the Week honors in the season debut of the award this Monday.

Since John Calipari took over the reins of the program, 27 freshmen have been drafted into the NBA. Of those selections, 25 were taken in the opening round. Twenty-one went in the lottery. Thirteen were top-10 picks. And three have been selected No. 1 overall.

None of those players had the debut that Maxey produced last week vs. Michigan State. Even more impressive? It happened in perhaps the biggest opening matchup and on the grandest of stages in Madison Square Garden in New York.

Maxey came off the bench to ignite the Wildcats by scoring 26 points on 7 of 12 from the field with a trio of 3-pointers. That mark topped Terrence Jones’ 25 points against East Tennessee State in 2010 for the most points by a freshman in their debut as a Wildcat.

Maxey followed that breakthrough to with nine points and three rebounds vs. Eastern Kentucky on Friday. The opening-week performance was more than enough to earn the first SEC Freshman of the Week honors to start the season.

Kentucky has dominated the weekly SEC awards under Calipari. UK has won more weekly SEC honors (101) than any other school during the Calipari era, including 81 SEC Freshman of the Week honors and 20 SEC Player of the Week awards.

Maxey’s first points didn’t come until just after the midway point of the first half, but he scored seven straight points to help Kentucky earn an 11-point halftime lead. From the 10:03 mark of the second half until a pair of Ashton Hagans’ free throws with 37 seconds to play, Maxey scored or assisted on 14 straight UK points to hold off the Michigan State rally.

There was no bigger shot that night though than his final 3-pointer with a minute to play. Michigan State had cut the lead to just two and momentum seemed to be swinging to the veteran-laden Spartans.

In front of two former UK stars, John Wall and Jones, as well as NBA champion Kevin Durant, and with the shot clock winding down, Maxey took 6-foot-6 Aaron Henry off the dribble and launched a shot nearly four feet behind the 3-point line. And with one swish of the net, Maxey etched his name into Kentucky record books and introduced himself to the nation.

Maxey and the top-ranked Wildcats return to action on Tuesday vs. Evansville. The Wildcats will play UK men’s basketball national champion Walter McCarty’s (1993-96) Purple Aces at 7 p.m. on SEC Network.