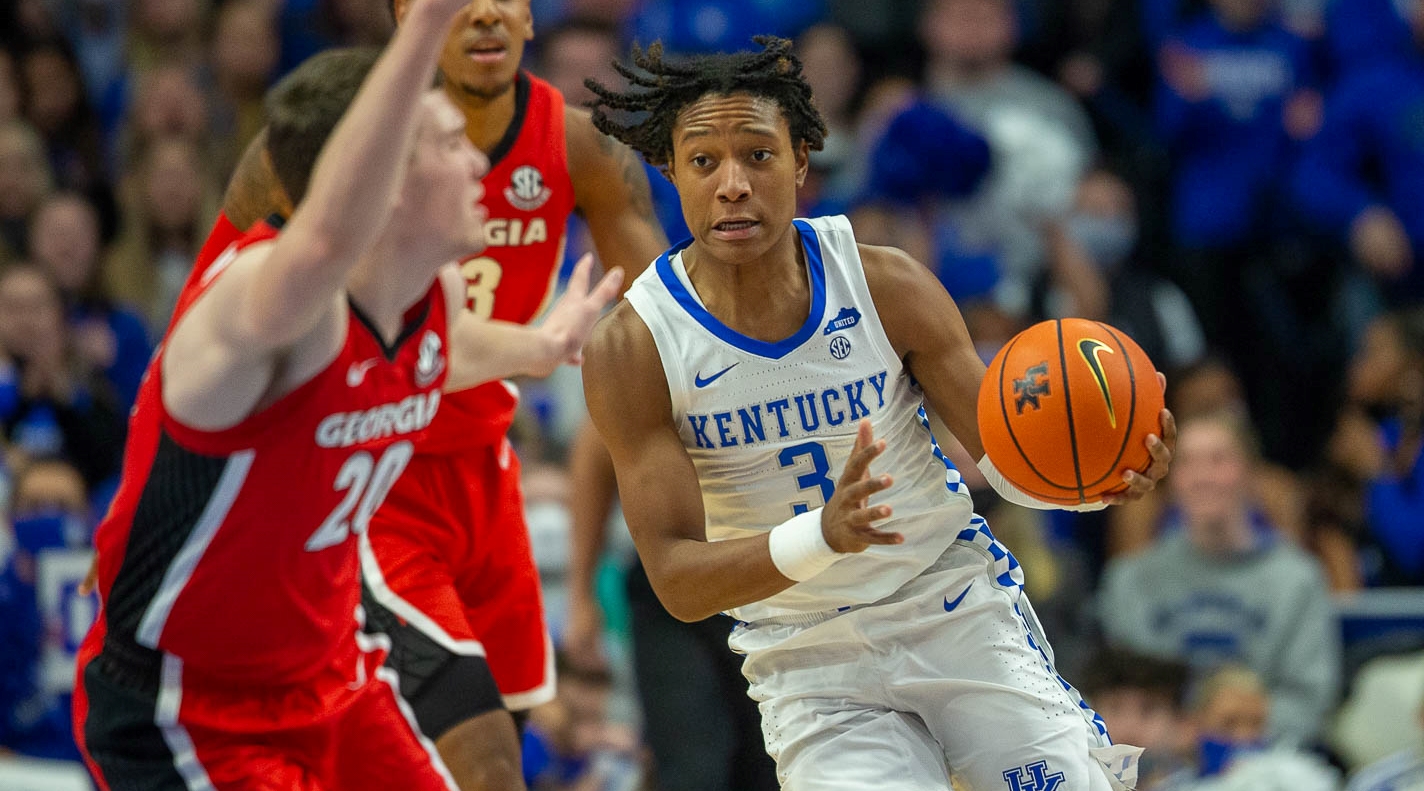 Washington set a school record with 17 assists to go along with 17 points, leading the Wildcats to a 92-77 win over Georgia Saturday. Washington was thrust into the point-guard slot after starter Sahvir Wheeler suffered a neck strain earlier this week.

The performance by Washington enabled the Wildcats (12-3, 2-1 Southeastern Conference) to bounce back from a 65-60 setback to LSU last Tuesday in Baton Rouge. In addition, Washington inscribed his name in the record books, surpassing the previous school record of 16 assists set by John Wall during the 2009-10 season.

He was excited to become the school’s single-game assist leader, but was even happier Kentucky remained undefeated at home (12-0) this season. Although his role changed, his mindset remained the same under adversity. Download PDF

“Winning takes care of everything,” he said. “It keeps everybody happy and so I just go out there each and every night and find different ways to be productive. … at the end of the day, I just want to win, and going into games, I always think, winning first and having a winning mentality.”

Following the loss to the Tigers, Washington “had a feeling” that Wheeler wasn’t going to play against his former team and didn’t want Wheeler to rush back on the court. He was simply willing to carry the load.

“This team has really good depth and we know if one man goes down, the next one steps up and that’s what I felt like we did tonight. … I had to step up as a leader and going through the whole week of practice, my teammates were telling me, ‘we go as you go’ so you just lead us. … to go out there be comfortable and be a leader, that takes a lot of pressure off of me.”

Support from his teammates, combined with some adjustments on the offensive end of the court, paved the way for Washington’s breakthrough performance against the Bulldogs.

“We did some things and added some things for him,” Calipari said. “They’ve got to play him different than they (had) to play Sahvir (Wheeler).”

Washington’s teammates were cheering him throughout the contest, including veteran Davion Mintz, who added 19 points off the bench and led the Wildcats with five 3-pointers.

“TyTy was amazing,” Mintz said. “Him having 17 assists, pushing the ball up the floor like that — while we’re making shots and clicking like that, it just made everything so easy.”

Oscar Tshiebwe was the benefactor of several assists by Washington and led all scorers with 29 points and 17 rebounds. Washington said he was simply “taking what the defense was giving me.”

“He was just doing what he was doing in practice — just knocking it down,” Washington said.

Toward the final buzzer, however, Tshiebwe and the rest of his teammates wanted to see Washington break a school record that had stood for more than a decade.

“They all wanted to see me make history,” he said. “That just goes to show you the type of team that we have. Everybody cares for one another. We don’t really care who is scoring at the end of the day.”

Washington hopes his name stays atop the record books, but won’t be envious.

“Hopefully no one breaks it,” he said. “To the next person who does break it, congrats to him.”