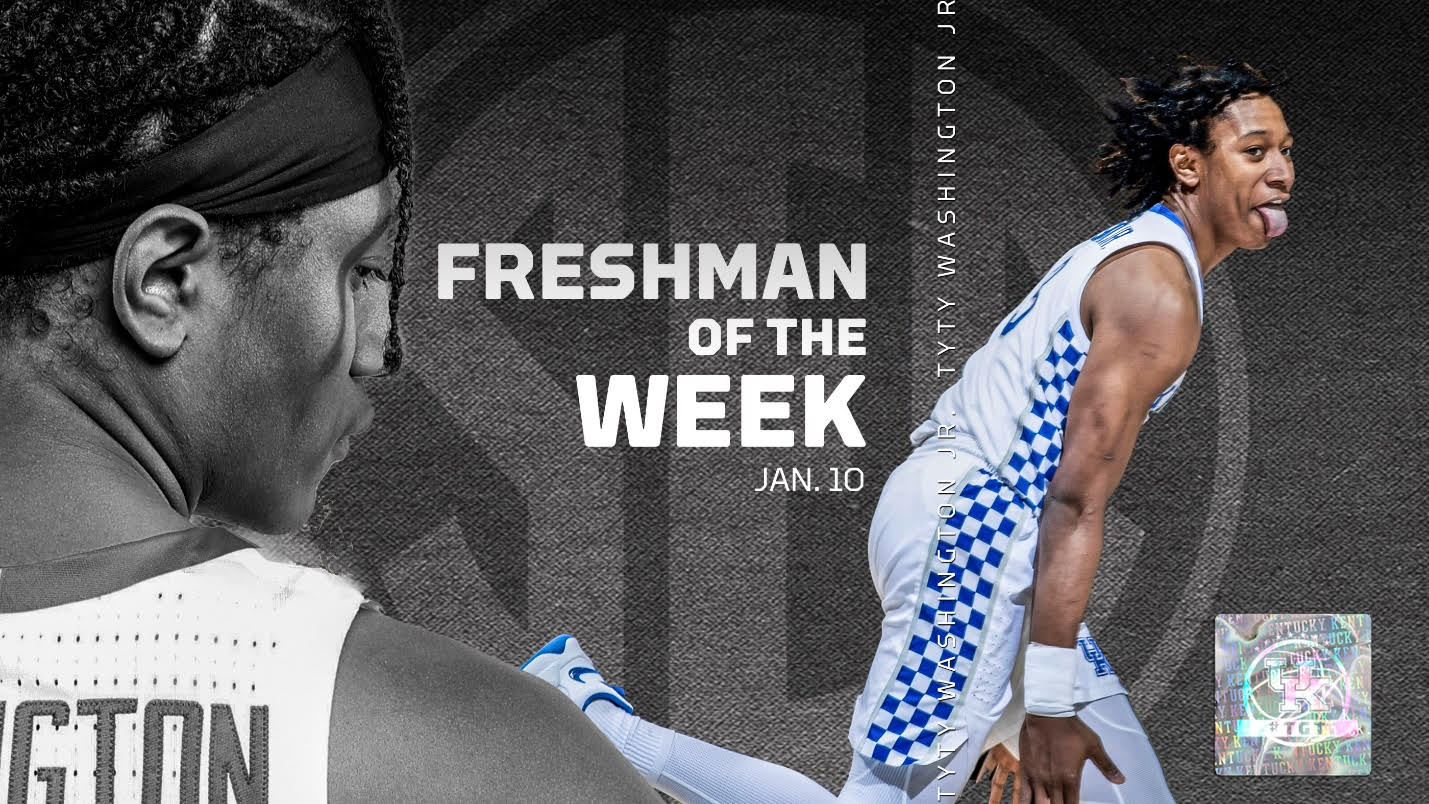 Washington set a new single-game school record for assists with 17 vs. Georgia

Washington is the first player in the SEC to win or share the honor in three straight weeks since former UK player Devin Booker won the freshman weekly award four straight times in the 2014-15 season. Coincidentally, that is also the last time a player in the league won SEC Freshman of the Week five times in one season, which Washington now has his eyes on after winning it for a fourth time Monday. He captured his first honor Nov. 22 before his current run of three straight. LSU’s Cam Thomas won the award four times last season.

Washington is coming off an unforgettable performance in the Wildcats’ 92-77 win vs. Georgia on Saturday. The freshman guard eclipsed John Wall’s previous UK assists record of 16 set vs. Hartford on Dec. 29, 2009. Washington’s mark also tied for the seventh most in SEC history.

The Phoenix native set the record in a new role Saturday. With starting point guard Sahvir Wheeler out vs. the Bulldogs with a neck injury, Washington moved over to lead guard and shined. Not only did the freshman guard dish out 17 assists, he also scored 17 points on 8-of-13 shooting for his second double-double of his career and his first of the points-assists variety. He is the first Wildcat since Ashton Hagans in the 2019-20 season to post a double-double with points and assists and points and rebounds in the same season.

Washington has recorded at least five assists in five of the last eight games and has a combined for 52 dimes over the last eight contests. He is averaging 13.6 points, 4.8 assists and 4.3 rebounds per game this season while shooting 49.4% from the floor.

The Wildcats have now earned six SEC weekly awards this season and have won at least one honor in four consecutive weeks. Wheeler and Oscar Tshiebwe have each won SEC Player of the Week once to go along with Washington’s four SEC Freshman of the Week honors.

Kentucky has dominated the weekly SEC awards with John Calipari at the helm. UK has won more weekly SEC honors (116) than any other school during the Calipari era, including 89 SEC Freshman of the Week awards and 27 SEC Player of the Week honors.

The Wildcats return to the road for a Tuesday tilt at Vanderbilt. The Wildcats will tip off vs. the Commodores on Tuesday at 7 p.m. ET on ESPN.