UK Basketball – Blue Skies for BBN in the Bahamas 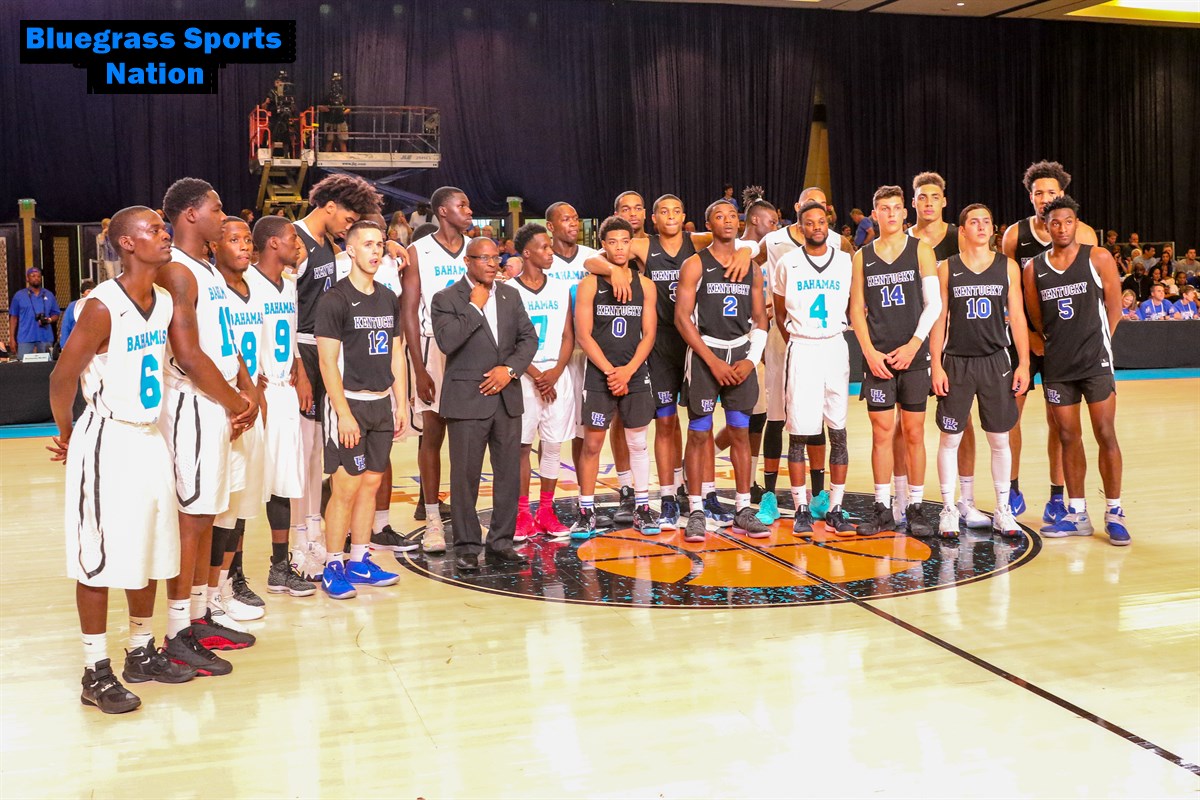 (Courtesy of Mont & Kecia Dawson)
This Kentucky basketball team came into Atlantis with high expectations, and the fans left with even higher expectations. Kentucky went 4-0 against solid competition with an average margin of victory of 29 points! The team chemistry was great for this time of the year. There were lots of high fives and flying chest bumps. The veterans (sophomores) seemed to help the youth excel in the new environment. It was evident during the first open practice that Quade Green, Nick Richards and especially PJ Washington were helping coach the freshmen, and they overachieved during the four game stretch.

The freshmen will provide most of the excitement this year. Keldon Johnson has never met a player that he doesn’t want to dunk over. Tyler Herro proved that he was much more than a spot-up shooter, scoring off of drives and pull-up jumpers and hustling on defense. Ashton Hagans did not disappoint with his defensive intensity and Quickley started and showed a great all around game and shooting touch. These freshmen are confident and this further elevated the expectations of BBN.

The sophomores were just as impressive. PJ Washington was still a beast driving to the basket, but seemed determined to extend his game to the three point line. Quade struggled shooting in the first game, but after Calipari’s encouragement played well for the remainder of the games. Nick Richards looked like an entirely different player from last year. He scored, defended, and made shots. His confidence will definitely help this team with a strong inside presence.

Reid Travis was an unknown to BBN, but he was exactly as advertised. His shooting seemed to be affected by nerves in the first game, but he still hustled and rebounded. His scoring increased and he provides much needed strength on the inside. He also provides much needed maturity.

The players were often seen having a great time dancing and interacting with the fans and each other. They worked on their shooting late into the night and supported each other from the bench. They jokingly filmed each other on their phones during post game interviews. All positive things this early in their development.

BBN will have lofty expectations for this season after such a positive trip to the Bahamas!