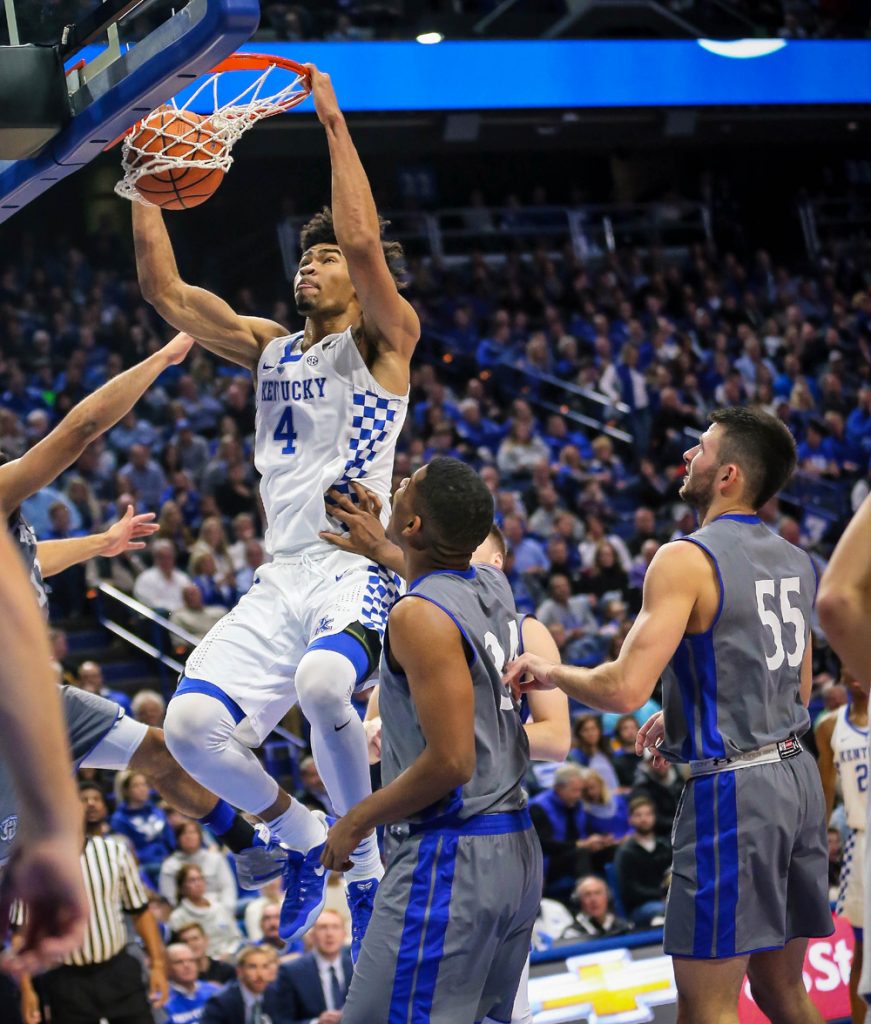 Lexington, KY – In a pre-Thanksgiving night game, I’m not sure you should expect much.  The students were gone for the long weekend.  The band and dance team decided to take the night off and then there was the game.  A strange one indeed.  The first half of the Kentucky-Fort Wayne game in particular was truly strange.  You had Fort Wayne forward Xzavier Taylor faking a flop when he ran into Coach John Calipari on the sideline.  Yes, you read that correctly, he faked being fouled by Calipari while out-of-bounds.  Although that one didn’t count, it was one of the many flops the Fort Wayne players used to draw fouls on this young Kentucky team.

Then you had the Wildcats inability to defend the 3-point line.  At one point early in the first half the Mastodons were 5 of 9 from beyond the 3-point line and it was one of the reasons Fort Wayne stayed close throughout the first 20 minutes.  Kentucky finished the half with a little flurry and went to the locker room with a 45-37 lead.  Nick Richards led the Wildcats in the first half with 10 points, followed closely by Quade Green with 9 and Hamidou Diallo with 8.

The second half was more of the normal UK blow out.  The Cats were never challenged as they cruised to an 86-67 win.  Nick Richards was the story of the game; the 6-foot-11 freshman big man scored a career high 25 points on 9-10 shooting from the field and he pulled down a career high 15 rebounds for his first double-double as a Wildcat.  Richards also had a team high 2 blocked shots in the game.  Three other Wildcats reached double figure scoring with 11 points apiece.  That was the freshman trio of Quade Green, Kevin Knox and Shai Gilgeous-Alexander.

This win moves Kentucky to 5-1 on the season.  The Wildcats will be in action Sunday, November 26th at 6 p.m. in Rupp Arena.  The game will be televised by the SEC Network.