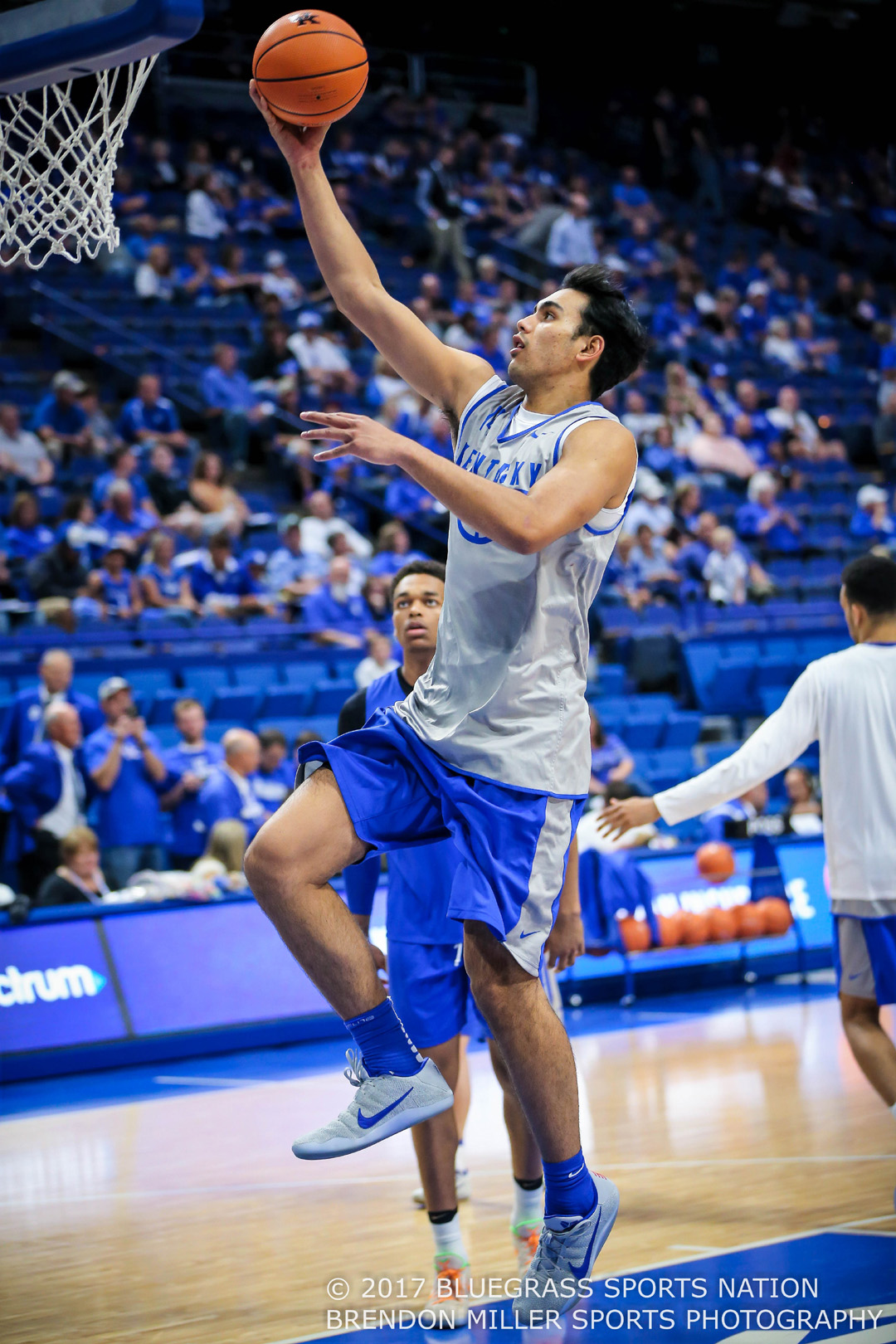 Wynyard will be leaving UK – Photo by Brendon Miller

Wynyard will be granted a full release with no restrictions.

“I want to thank everyone who has played a part in my two and a half years at Kentucky – everyone from the coaches to my teammates to the managers and the staff,” Wynyard said. “Everyone played huge roles in my time here. I’ve been lucky enough to have gained experiences one could only hope to have in a lifetime. I’ve had the privilege of playing with and against some of the best talent in the country at Kentucky and my hope is to one day follow in their footsteps.

“This decision wasn’t an easy one for me to make and I appreciate the commitment and support Coach Cal and the staff gave me in reaching it. My goals haven’t changed. After meeting with Cal, something that he always talks about is doing what’s best for the individual. Everyone is on a different path. Although that path will be somewhere else, I’ll never forget this place. From day one, beginning with my first home game vs. Louisville in 2015, this place has shown me nothing but love. I want to thank you for your support. Kentucky will always hold a special place in my heart.”

Wynyard arrived at UK as a midyear enrollee in December 2015 and redshirted his initial season. He appeared in 23 career games as a Wildcat but his sophomore season was cut short due to a back injury.

“We haven’t had a lot of players transfer, but when a player comes to me and asks for a fresh start, I will always support them,” Calipari said. “We talk all the time about this being a new experience for our players, but I believe it was even tougher for Tai because of where he came from. To come to a new country in the middle of the season and try to carve out a role was difficult, but I’m proud of Tai for the person he’s grown into.

“I know this decision wasn’t easy for him because he is just now starting to learn who he is and how he can contribute to a team. We are sad to see him go, but he has our full support and we will do whatever we can to make sure he can continue to pursue his dreams. That’s what this is all about here at Kentucky.”

Wynyard, an All-Southeastern Conference Honor Roll member in 2017, scored 19 points and grabbed 27 rebounds in 97 minutes during his career. His sophomore season was highlighted by a four-point, six-rebound game in a career-high 12 minutes vs. Monmouth on Dec. 3.

Last summer, Wynyard suited up for New Zealand at the 2017 FIBA U19 World Cup and averaged team highs in points per game (13.8) and rebounds per game (9.2) in his six games for his native country.