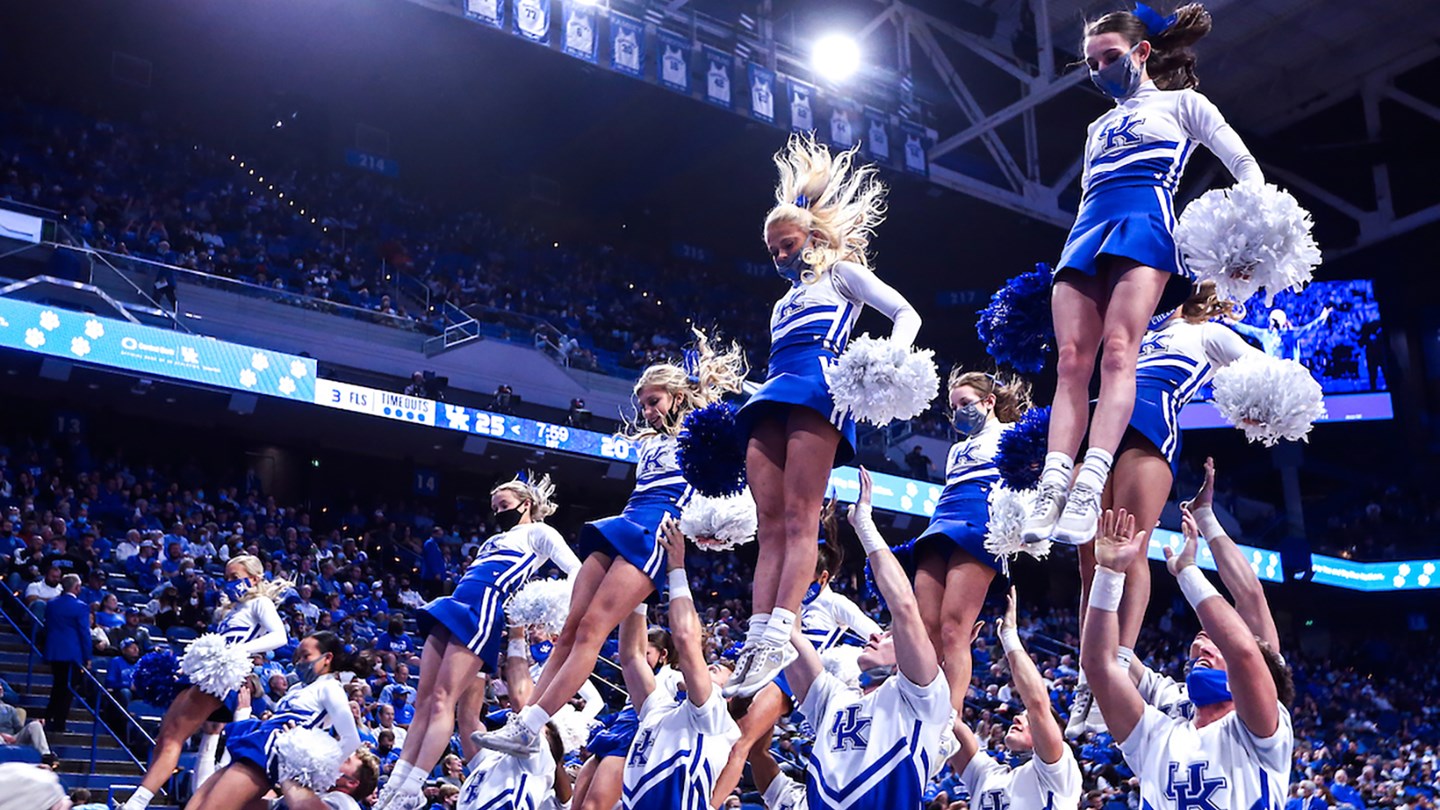 The Kentucky cheerleading squad will compete in the Universal Cheer Association national championships beginning on Friday in Orlando.

Kentucky is taking two squads to the championship this year. UK will compete in the game day division, which they won in 2021, as well as the traditional coed division, which Kentucky has won 24 times.

The game day competition is set for Friday. Kentucky competes in the prelims at approximately 2:05 p.m. ET and the finals will be later in the evening. A game day national champion determined on Friday.

The coed division will begin on Saturday with the finals taking place on Sunday. Winners will be announced at the conclusion of Sunday’s competition.

Kentucky has won 24 UCA national titles, more than all other schools combined. Kentucky finished third in 2021.

This will be UK’s second competition under head coach Ryan Martin O’Connor, who took over the program in June of 2020.