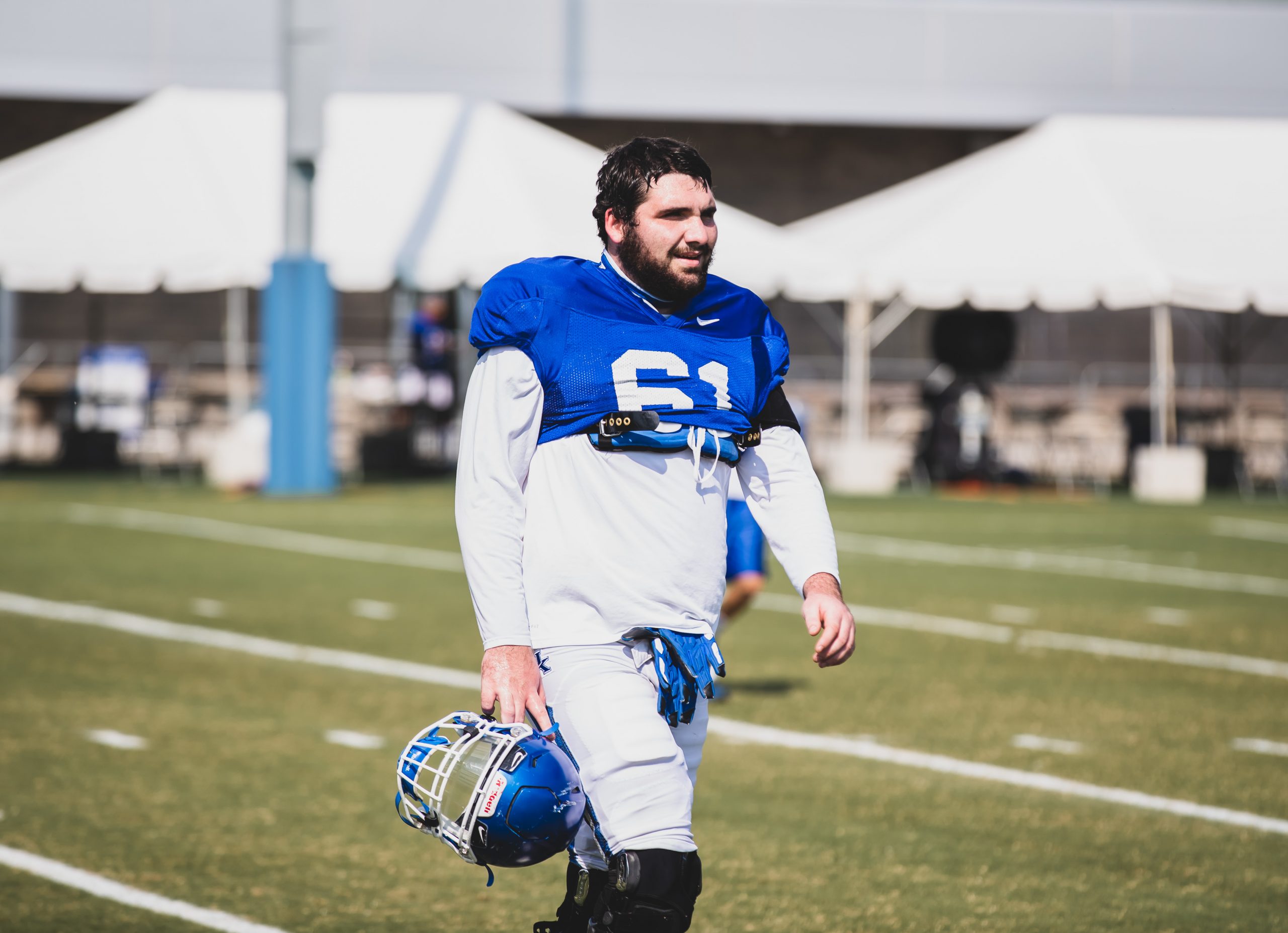 Fall camp is nearly complete and Kentucky has its depth chart mostly configured for the upcoming season.

Kentucky offensive coordinator Eddie Gran said Tuesday the Wildcats have penciled in the first- and second-team depth chart members and the rest will be determined leading up to the team’s season opener on Sept. 26 at Auburn.

“We are narrowing it down right now,” Gran said. “We’re two deep and that’s where we’re at right now.”

One of the top priorities is establishing a backup to quarterback Terry Wilson, who is expected to be named the starter after missing almost all of last season to a knee injury. The backup race figures to be a toss-up between Auburn transfer Joey Gatewood and freshman Beau Allen.

‘We’re got to keep evaluating every day,” Gran said. “We’re really seeing some great things by all three of them. We’ll continue to do what we’re doing and we’ll make a decision when we know.”

Gatewood is awaiting a waiver from the NCAA and Kentucky football coach Mark Stoops said Monday he’s expecting a decision as early as this week. Gatewood has been impressive in practice and Gran said his size is a plus.

“He’s so tall and he’s big over that line,” Gran said. “He sees things that maybe some other quarterbacks don’t see. It’s a learning process for him and Beau (Allen) and anybody that’s new and that’s a lot fo be thrown at you, especially since we didn’t slow down. It was different for those guys because we threw it all up on the wall.”

That meant Gatewood and Allen needed more time to learn the offense, but both signal-callers, especially Gatewood, are on pace with Wilson.

“For the quarterbacks, it’s been a little bit slower, but you can see it happening right now with Joey,” Gran said. “He’s making good decisions and he’s got such a strong arm. He sees over everything and he can make some throws some of the other ones can’t.”

Because of the team’s familiarity with the offense, the Wildcats didn’t waste any time installing the base offense, giving the coaching staff time to add more plays to the mix.

“For the base offense, they knew it,” Gran said. “We put it all out there. It’s the most since I’ve been here, that we have in (before the first game) in my five years.”

While Gatewood has been impressive, Gran said other newcomers have been noticed by the coaching staff, including freshman running back Jutahn McClain.

“He’s a guy that — every day he brings it,” Gran said. “He’s a guy that could be tough to leave off the field. We’ll see how it goes. There are 10 long games and some of the freshmen can hit a wall and I can see some of them coming out of it now. We’ll continue to just keep practicing and see how far along they come as freshmen.”

He also has been impressed with offensive linemen Jeremy Flax and Quinton Wilson. Gran said Wilson has his versatility during preseason workouts.

“We could put him in at any time and he can relieve at the center position and guard position,” Gran said.

Because of a late start to the season, Gran also has gotten a chance to watch other teams perform and is aware of what the Wildcats must overcome to be successful this season.

“For us, it’s being able to block and it sounds cliche, but you’ve got to block, take care of the football and you’ve got to throw and catch when you have the opportunity to do so,” he said.

“It was a little bit weird seeing it without fans, but we didn’t have fans out here and we had a pretty good practice (Tuesday),” he said.