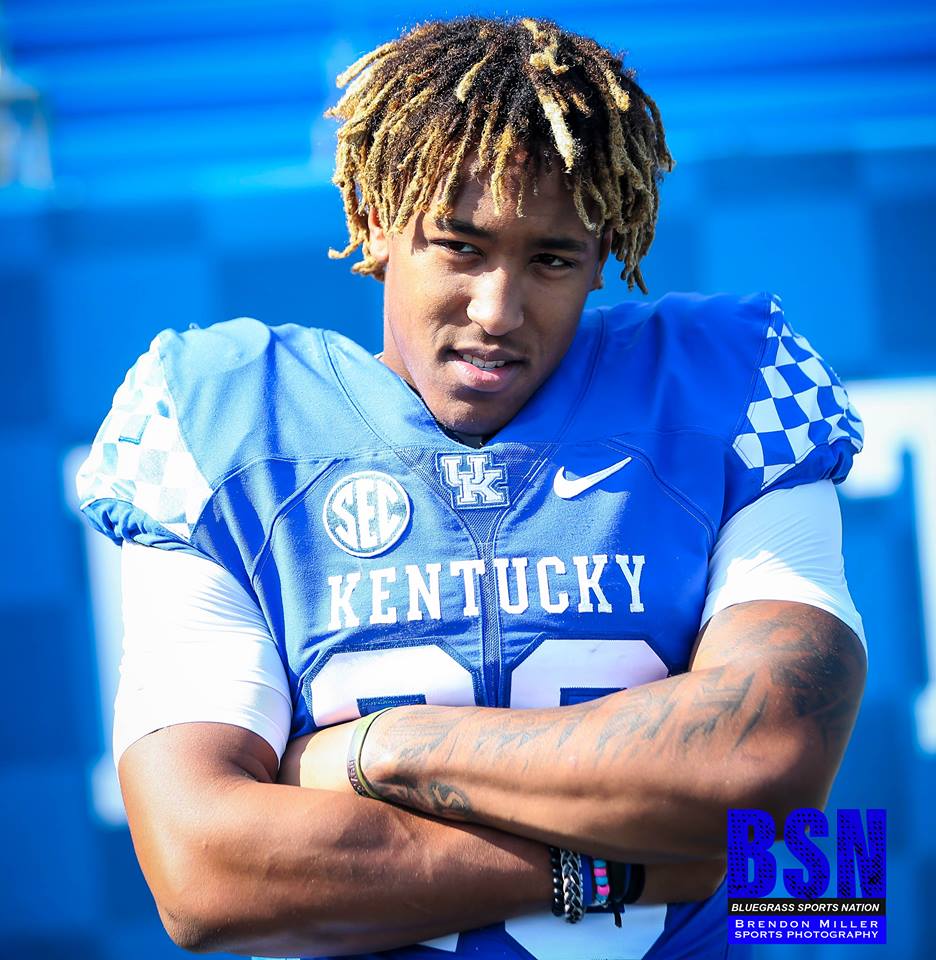 (By MIchael Willis – BSN Contributor)
The beginning of the University of Kentucky’s football season is finally here! The Wildcats will face the Central Michigan Chippewas from Mt. Pleasant, Michigan in their Kroger Field opener. Kentucky hasn’t lost a game to Central Michigan in the 6 past meetings and they hope to turn that into 7 games this Saturday at 3:30 (ESPNU). Cat fans are excited to get to see their team play after they feel the Bowl game against Northwestern was stolen from them to end the season back in December.

What we know about Kentucky

The Wildcat’s roster has more talent since perhaps the Rich Brooks Era. Kentucky’s Offensive returns Benny Snell, who rushed for 1,333 yards and 19 touchdowns last season. Offensive Coordinator Eddie Gran has promised to use Senior tight-end C.J. Conrad more this season, who Cats fans feel has been under-utilized in the past couple of seasons. A missing piece of the puzzle that the Cats didn’t have last season, Dorian Baker, will be back in action this year to compliment the explosive ability of Lynn Bowden Jr. The quarterback position seems to be an unknown at this point. The coaching staff haven’t named whether the starting quarterback will be Gunnar Hoak or Terry Wilson.

On the defensive side of the ball, Kentucky lost a couple of great linebackers in Courtney Love and Denzil Ware and three Lineman in Elam, Hyde, and Pringle. However, Safety Mike Edwards (leading returning tackler) and Linebacker Jordan Jones decided to return to Kentucky for their senior seasons. For Kentucky’s Defense to stop Central Michigan they will need less experienced players, for example, Kash Daniel, to step into their bigger roles.

What we know about Central Michigan

Central Michigan University, led by their Head Coach John Bonamego, have played in a Bowl game five times in the last seven years. The Mid-American Conference isn’t the SEC, but CMU still play bigger conference teams such as Kentucky, Kansas, and Michigan State this season. The Chippewas also have the 27th highest winning percentage in Division 1.

Central Michigan’s offense will be young this year. They lost their starting quarterback and three receivers from last year. They will be starting a redshirt sophomore Tony Poljan who also occasionally plays receiver because he is 6’7”. CMU’s best returning player is Junior RB Jonathon Ward. He rushed for 990 yards last year and scored 9 rushing touchdowns.

CMU’s defensive strength lies in their Defensive Line. They lost Joe Ostman, who recorded 14 sacks last year, to the NFL. Even without Ostman they look strong and will try to keep Snell from breaking any big runs.

I expect this game to be a win for Kentucky. With CMU starting an inexperienced quarterback and losing so many from their receiving core, I can’t see how they can score enough points to keep up with Kentucky. I think Coach Stoops will play both quarterbacks to see how they react to playing in a game. My score prediction is Kentucky 31 Central Michigan 17.