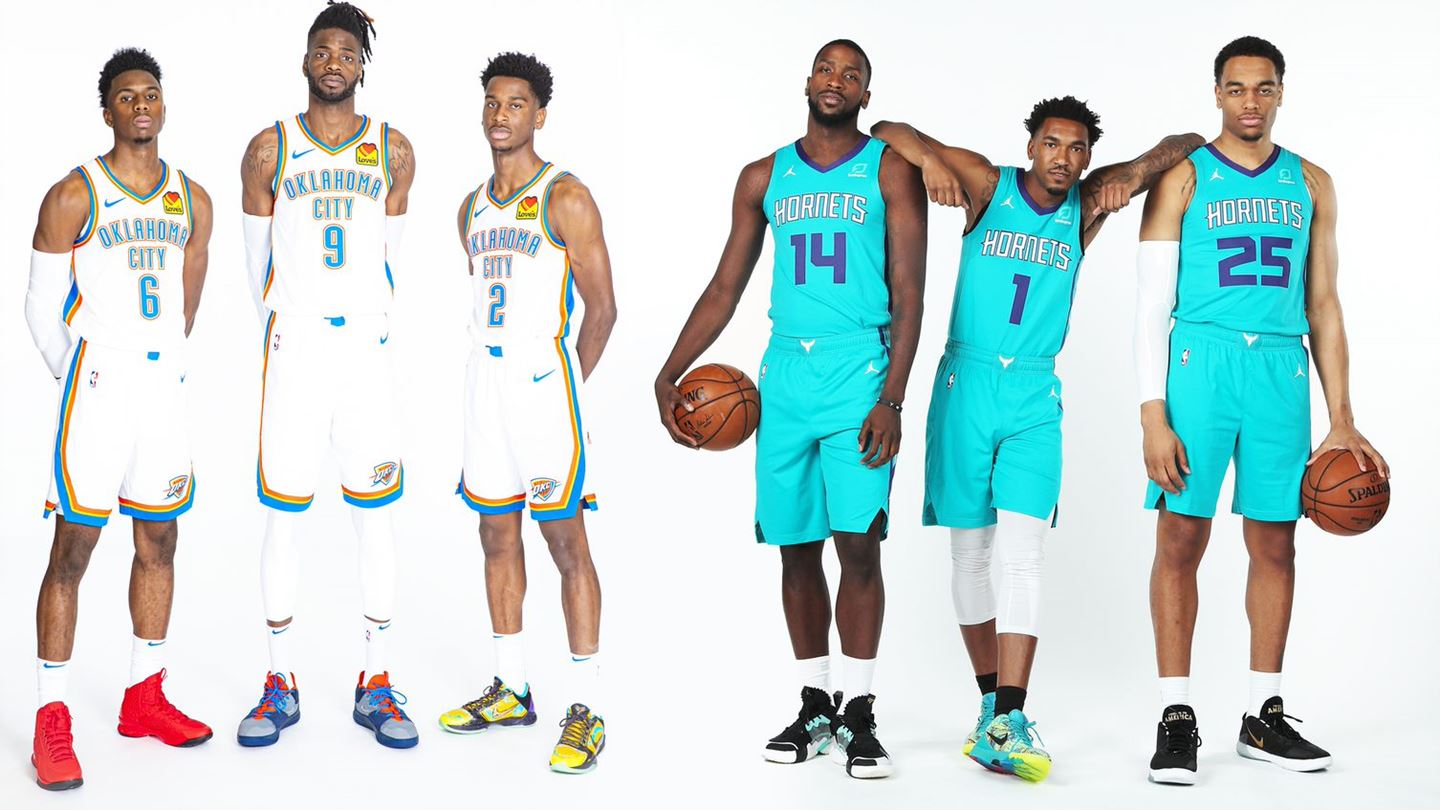 Calipari-coached players have more than $2.2 billion in NBA contracts, $1.9 billion at UK alone

LEXINGTON, Ky. – Some were certainly projected as can’t-miss NBA prospects. But others were supposed to take several years to get there. Some had NBA potential but developed and blossomed in college. And others learned how to grind before they left school and carved their own path.

No matter what road they took to get there, for a large chunk of players on 2019-20 NBA opening-day rosters, the journey began at Kentucky.

As the 2019-20 NBA season begins Tuesday, a staggering 29 players on NBA opening-day rosters (including two-way and inactive lists) played and finished their college basketball careers at the University of Kentucky. Underscoring the fact that no other school in the country can match UK’s ability to develop players and put them in the NBA, UK’s 29 players are once again the most of any college basketball program, beating the next-closest school (Duke with 23) by six players.

Of the 496 players in the NBA to start the 2019-20 season, 5.8 percent played and finished their college basketball careers at UK. There are actually fewer teams without a Wildcat (12) than there are NBA teams featuring Wildcats (18).

Rondo, now entering his 14th season, is the most experienced Kentucky player in the league, while Herro, Johnson and Washington are all in their rookie seasons.

Kentucky has enjoyed unprecedented success at putting players in the NBA under Calipari. In the 10 seasons of the Calipari era, 38 players have been selected in the NBA Draft, more than any other school. Included in the recent run are 29 first-round picks, three No. 1 overall selections (Davis, Karl-Anthony Towns and John Wall) and 21 lottery selections.

Calipari’s players are not only reaching the next level, they are succeeding when they do. His players have garnered 20 All-Star selections, with Davis winning the game’s MVP honor in 2017. Rose was named league MVP in 2011. Five of his players have been tabbed All-NBA (Rose, Wall, Davis, Cousins and Towns), three have been named NBA Rookie of the Year (Rose, Tyreke Evans and Towns), and 12 players from Calipari’s first nine teams at Kentucky have made the NBA All-Rookie teams.

The NBA season officially tips off Tuesday with two games. The defending champion Toronto Raptors host Darius Miller (2012) and the New Orleans Pelicans at 8 p.m. on TNT, followed by a UK-centric matchup at 10:30 p.m. for an intra-city matchup between the Lakers and the Clippers in Los Angeles. That matchup will feature Cousins (injured), Davis and Rondo vs. Patrick Patterson (2008-10), who is in his first season with the Clippers.

Wildcats in the NBA