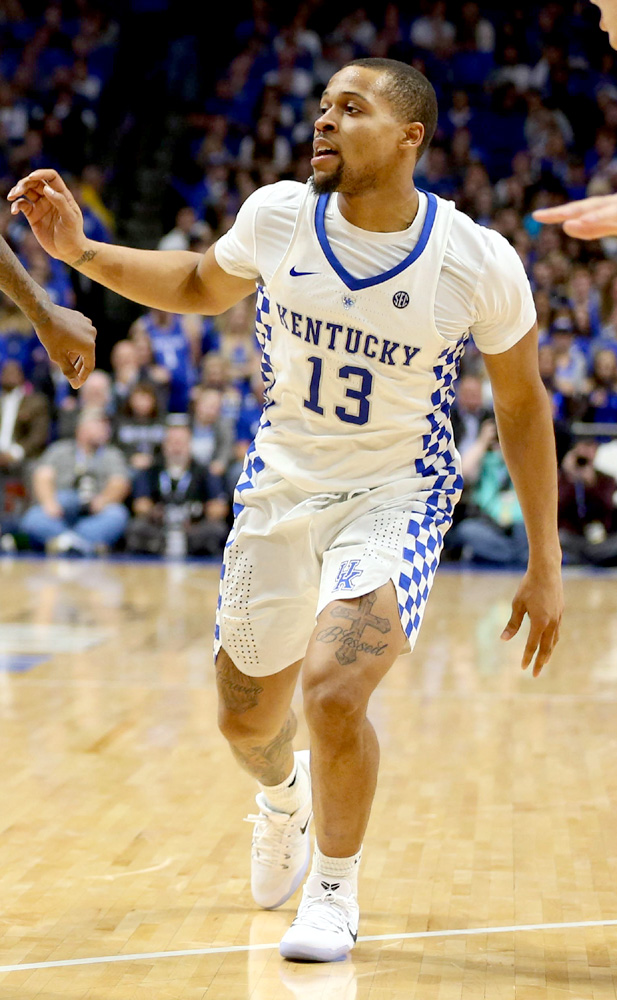 BOSTON, Mass. – Kentucky sophomore guard Isaiah Briscoe was tabbed to the Lute Olson Award Preseason Watch List on Monday. The award is given annually to the top Division I player with at least two years of collegiate experience.

The recipient of the 2017 Lute Olson Award will be announced at the CollegeInsider.com awards banquet on April 31 in Phoenix, site of the 2017 Final Four.

He dished out three or more assists in 15 of his final 23 games played and had a pair of double-doubles. The Newark, New Jersey, native ranked ninth in the league a season ago with 32.2 minutes played per game. Following his freshman season, he ranked among top-10 performers in the John Calipari era in total assists, assist-to-turnover ratio and assists per game for a single season.

In two exhibition games this season, Briscoe averaged 11.0 points, 9.0 assists, 4.0 rebounds and 3.5 steals in 19.5 minutes per game. His nine assists and 3.5 steals per game were team bests.

The award is named in honor of Lute Olson who won 780 games in 34 seasons as a head coach. He spent 24 years with Arizona, where he led the Wildcats to 11 Pac-10 titles, 23 consecutive NCAA Tournament berths, four Final Four appearances and a National Championship in 1997.

Briscoe and the Wildcats begin the 2016-17 campaign on Friday. UK welcomes Stephen F. Austin, an NCAA Tournament participant a season ago, to Rupp Arena for a 7 p.m. ET tip. The game is slated to air live on the SEC Network.