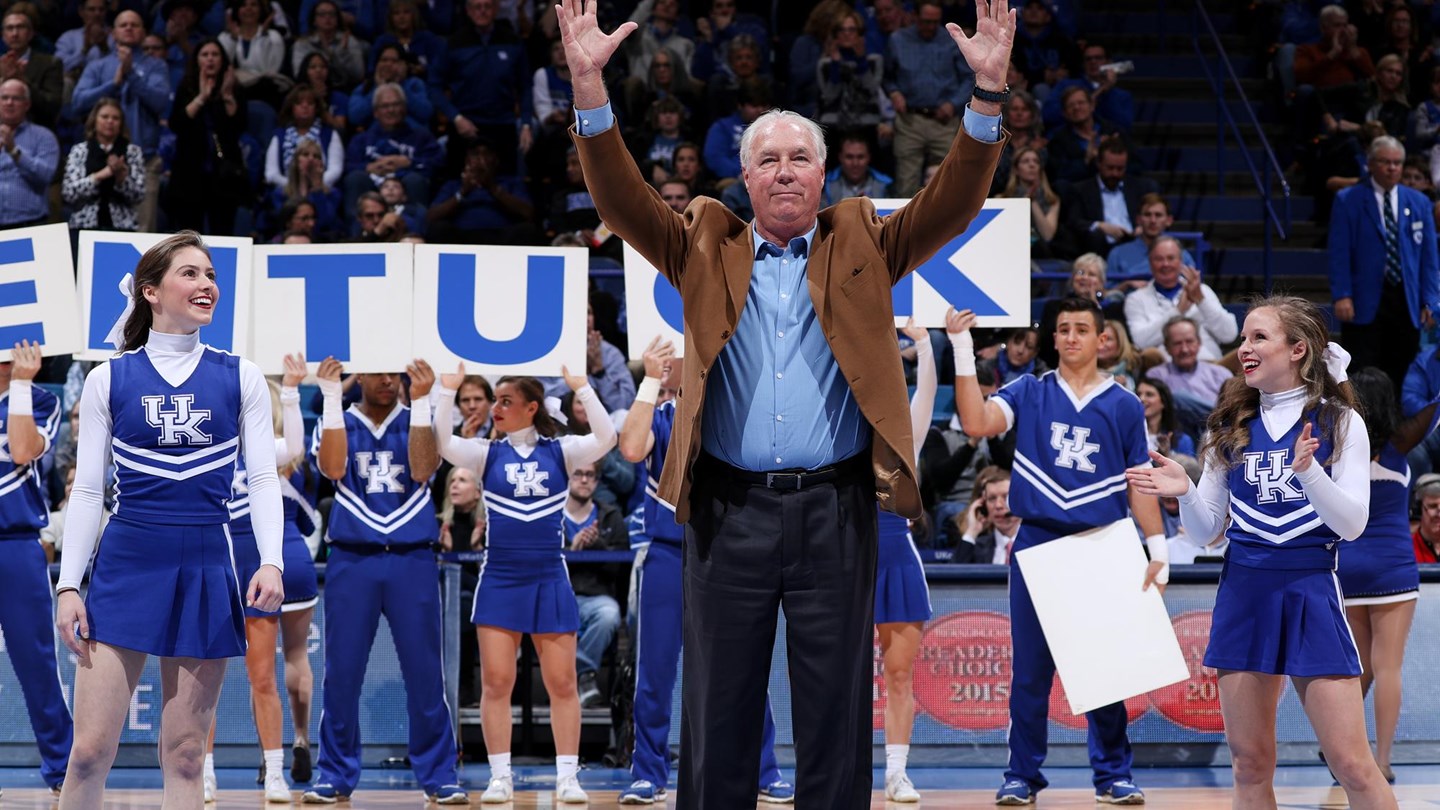 “Mike Pratt has been part of the fabric of UK Athletics for more than a half-century,” said Mitch Barnhart, UK Director of Athletics. “As an All-America and All-SEC player, Mike played a significant role in our basketball history. For the last two decades, he brought our games to life with his insightful commentary on our radio broadcasts. He will be missed by the Big Blue Nation and our sympathies are with his wife, Marcia, and their family and friends.”

A two-time first-team All-Southeastern Conference selection by the league’s coaches (1969, ‘70), Pratt was named an Academic All-American in 1970. He helped lead UK to three SEC championships and two Elite Eight appearances, finishing the regular season ranked No. 1 his senior season.

A native of Dayton, Ohio, he was a three-year starter for the Wildcats and was a part of one of the best trios in program history under legendary head coach Adolph Rupp. The trio, which included Dan Issel and Mike Casey, accounted for more than 5,000 points and 2,300 rebounds in just three seasons of varsity action.

“We lost a family member, a part of the Kentucky family and a friend. If you ever had the pleasure of meeting Mike Pratt, you knew what a special person he was,” UK head coach John Calipari said. “Mike was a dear friend to me and was an integral part in helping me become head coach here. Ellen and I will forever be grateful to him for his support and kindness. We should all be thankful that he was in our lives. Mike knew that the University and the Big Blue Nation loved him, and they never forgot what he did as a player and then later as a connection for the program. I’m going to miss him.”

The 6-foot-4 forward averaged 16.8 points per game and 8.9 rebounds per outing in 81 career games played at UK. Pratt also amassed 29 double-doubles throughout his career.

Pratt and the Wildcats went 71-12 overall and 48-6 against league foes during his career and were ranked in the Associated Press top five for 33 weeks, including the duration of his senior season.

Pratt played two seasons with the Kentucky Colonels of the American Basketball Association and was later an assistant coach on UNC Charlotte’s 1977 Final Four Team, before becoming head coach of the 49ers in 1978.

Following a stint as a professional scout, he then moved into broadcasting in 1985. Pratt worked with the Charlotte Hornets Television Network, ESPN and Fox Sports South.

Since the 2001-02 season, Pratt has been courtside for every Kentucky men’s basketball game as the UK Sports Network’s radio color analyst alongside play-by-play announcer Tom Leach.

“My heart is broken,” Leach said. “He was more brother than broadcaster partner to me and producer Jim Barnhart through so many good times. We loved him just like the Big Blue Nation did. He was an outstanding basketball analyst, but an even better husband, father, grandfather and friend.”

Pratt has been on the call for 558 wins, highlighted by the 2012 National Championship victory. The Wildcats have also claimed the SEC regular-season title eight times, the SEC Tournament crown eight times, and advanced to four Final Fours and nine Elite Eights with Pratt on the radio team.

“Mike Pratt made everyone feel like a friend,” Kim Shelton, JMI Sports President, UK Sports and Campus Marketing, said. “His passion and honesty paired with his perspective as a former player, coach and scout brought an authentic insight to our fans. Everyone at the UK Sports Network feels lucky to have worked beside and know Mike. When you heard Mike Pratt there was never a doubt he loved Kentucky basketball and there is no doubt we love Mike Pratt. Our prayers are with Mike’s family.”

In lieu of flowers, the family is asking for donations to be sent to Kentuckiana Friends of V.

Arrangements for a celebration of life are pending.