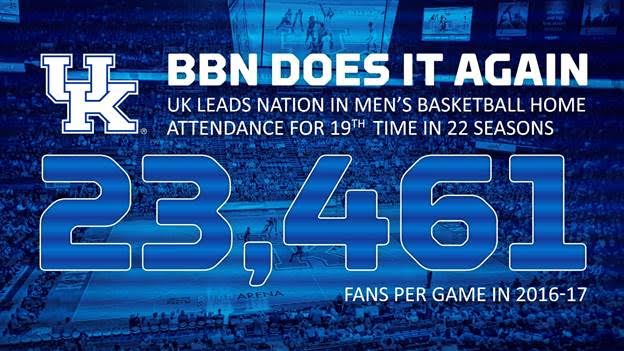 Kentucky led all schools with an average of 23,461 fans per home game
LEXINGTON, Ky. – College basketball’s proudest, most passionate fan base flexed its muscles in 2016-17, leading the country in average home attendance once again.

The Wildcats have averaged more than 23,00 fans at Rupp Arena in seven of John Calipari’s eight seasons at Kentucky.

The Southeastern Conference had the third-highest attendance among the 32 NCAA Division I conferences. A total of 31,859,477 fans watched student-athletes in Divisions I, II and III in college basketball this past season.