UK survives the battle of the Commonwealth’s. Kentucky prevails with a seven- point win 93- 86 over the Virginia Tech Hokies. 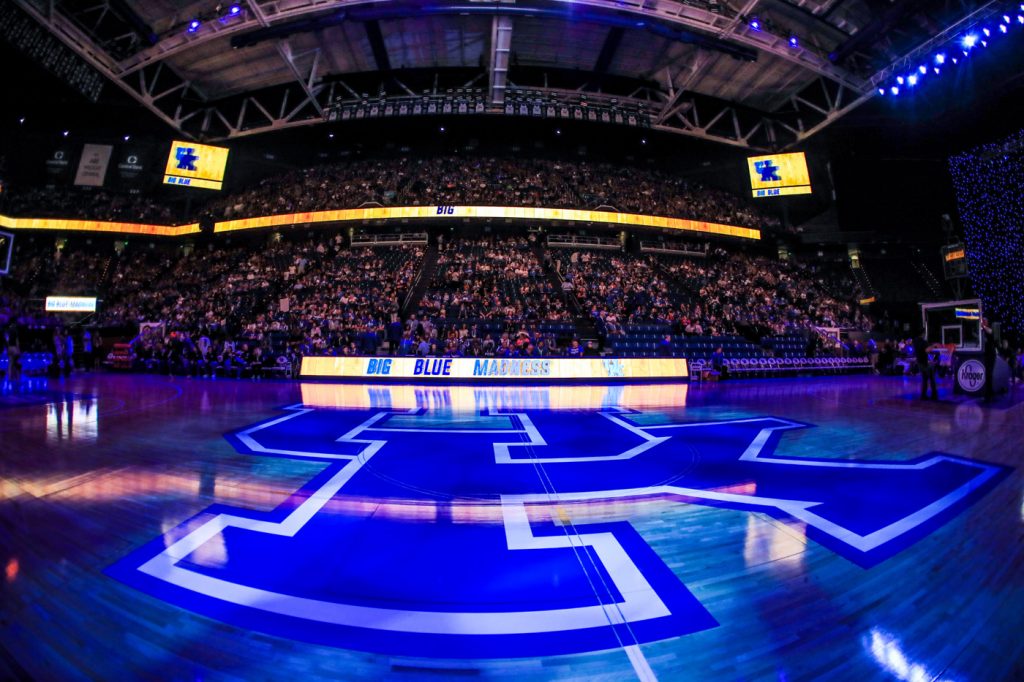 The University of Kentucky continued its non- conference schedule today with a battle of the Commonwealth’s against the Virginia Tech Hokies from the ACC conference.  Both teams enter tonight’s contest with only two losses combined on the season.  Virginia Tech entered tonight matchup with a nine and one record.  Virginia Tech has been impressive in the season with big wins over the Iowa Hawkeyes and Washington Huskies.

The Hokies are one of the highest scoring offenses in the country averaging 96.2 points per game and have a scoring margin defeating their opponents by an average of 25 points per game.  The Hokies will provide a daunting challenge for the young CATS.  Kentucky enters tonight’s contest with an 8-1 record, only losing to the Kansas Jayhawks in the Champions Classic.  UK is currently on a six- game win streak and defeated Monmouth University Last Saturday December, 9th, 2017 93-76 in New York City Madison Square Garden.  Kentucky will need a superb game to defeat the Hokies and contain the Virginia Tech three-point shooting to win tonight’s contest.

Although, UK trails at the half.  UK had played a great first half and gave the crowd several moments of awe with spectacular play during the first half.  UK had a balanced scoring attack and was led in scoring by Quade Green with 10 points, shooting 2-4 from behind the ARC, and 4-9 from the field.  During the CATS pregame shoot around, Green was seen wearing a pear of dark tinted sunglasses shooting the ball.  Tonight’s game is the first game Green has worn the sunglasses while shooting, and perhaps has created a trend that will help the CATS succeed in the tough SEC competition.   Kentucky’s balanced scoring attack included seven points a peace from Diallo, and Alexander.  Nick Richards and Kevin Knox each contributed with six points per player.  Gabriel had three points and Washington contributed with two points.  Virginia Tech was led in scoring by #13 Ahmed Hill contributing with twelve points in the half.  Virginia Tech as expected shot the ball at a high rate from the Three- point line shooting 7-12 and 58.3 % during the half.  Kentucky had a great shooting first half as well as the team shoots 7-13 from behind the ARC shooting 53.8% in the first half.  Kentucky had played a great half other than the last 3:00 minutes of the half, and sets the tone for an optimistic finish for the CATS.

Virginia Tech opens the scoring in the first half as Justin Robinson scores two points on the layup.  The Hokies increase the lead to eight points, VT 49- UK 41 19:53 remains in the half.  Kentucky is a team refocused and quickly cuts the lead with great play from Kevin Knox and Hamidou Diallo.  On UK’s opening possession Knox scores two points and is fouled on the shot.  Knox converts at the charity stripe and the lead is cut to five points, VT 49- UK 44.  Diallo continued to attack the basket and make his presence known in the game, driving the ball and attacking the Virginia Tech Defense.  UK takes the lead with 16:26 remaining in the half as PJ Washington provides a two- hand slam on the over the top lob from Diallo.  Rupp Arena who had been mostly quite was now energized and passionate, Fans Chanted CATS! CATS! CATS! And Go Gig Blue.  Once Rupp Arena gets amped up and excited the passion that is UK Basketball can be an intimidating factor against any opponent.  The teams trade baskets on the next couple of possessions and the game is tied at 60 with 12:05 remaining in the half.  Kentucky goes on 5-0 run and now leads by five points with 11:04 remaining in the second half.  UK continues to shoot the ball at an extremely effective rate from the Three- point line and is playing their best basketball of the game.  Hamidou Diallo connects on a three- point basket from the top of the key and UK increases the lead to seven points, VT 71- UK 78, 4:54 remained in the game.  UK continues to increase to the lead with the play of Quade Green.  Green scores two points on the jumper in the lane, VT 74- UK 82, 3:06 remains in the game.  Virginia Tech answers with a 5-0 run off its own and the comfortable lead, UK had established is now down to two points with 1:33 remaining in the game.  VT 83- UK 85.  UK who didn’t finish the first half on a good note, puts this game out of reach with a late run off its own.  UK finishes the game on a 5-0 run with superb play from Diallo and Washington.  Washington was a force on the boards, grabbing several critical rebounds in the closing moments of the game.  Diallo was the beneficiary of Washington’s play, scoring the ball late in the game and ultimately puts the game out of reach.  Kentucky goes on to defeat Virginia Tech Hokies by seven points. Kentucky 93- Virginia Tech 86.

Kentucky may have played its most complete game of the season against a quality opponent of Virginia Tech.  Virginia Tech is a team that will be factor in the challenging Atlantic Coast Conference (ACC.)   Virginia Tech will be a team competing in the NCAA tournament and has the team capable of making a deep run in the tournament.  Kentucky answered the critics, defeating a team that most odds favored UK to be defeated by.  The play wasn’t perfect and UK still has room for improvements in particularly closing out opponents, but UK exceeded the expectations set in tonight’s game.  Kentucky was balanced scoring the ball and three out the five starters contributed with at least seventeen points in the game.  Kevin Knox led UK in scoring with twenty- one points.  Diallo contributed twenty points, Quade Green had seventeen points.  Washington contributed with eleven points, Alexander had nine points, Richards had eight points, and Gabriel rounds out the scoring with seven points.  Virginia Tech is led in scoring by #13 Ahmed Hill with twenty- points, Justin Robinson and Kerry Blackshear closely followed in scoring with nineteen and eighteen points.  Kentucky wins the three- point battle shooting 11-22 and 50% from the ARC.  Virginia Tech is held to 3-10 from the ARC in the second half, and a game total of 10-22 shooting 45%.  Kentucky also wins the battle of the boards grabbing 33 rebounds, compared to 30 total rebounds from Virginia Tech.

Kentucky improves on the season with a record of nine and one.  Kentucky will next play the UCLA Bruins next Saturday December, 23rd, 2017 in the CBS Sports Classic in New Orleans, Louisiana.  Kentucky will have another non- conference game in the Battle of the bluegrass vs the Louisville Cardinals at home on December, 29th, 2017.  UK opens conference play up on New Years Eve hosting the Georgia Bulldogs.  Virginia Tech drops on the season to a record of nine and two.  Virginia Tech will host Presbyterian on Tuesday December, 19th, 2017.  The Hokies open conference play up on New- Year’s eve traveling to Syracuse University, facing the Orange.