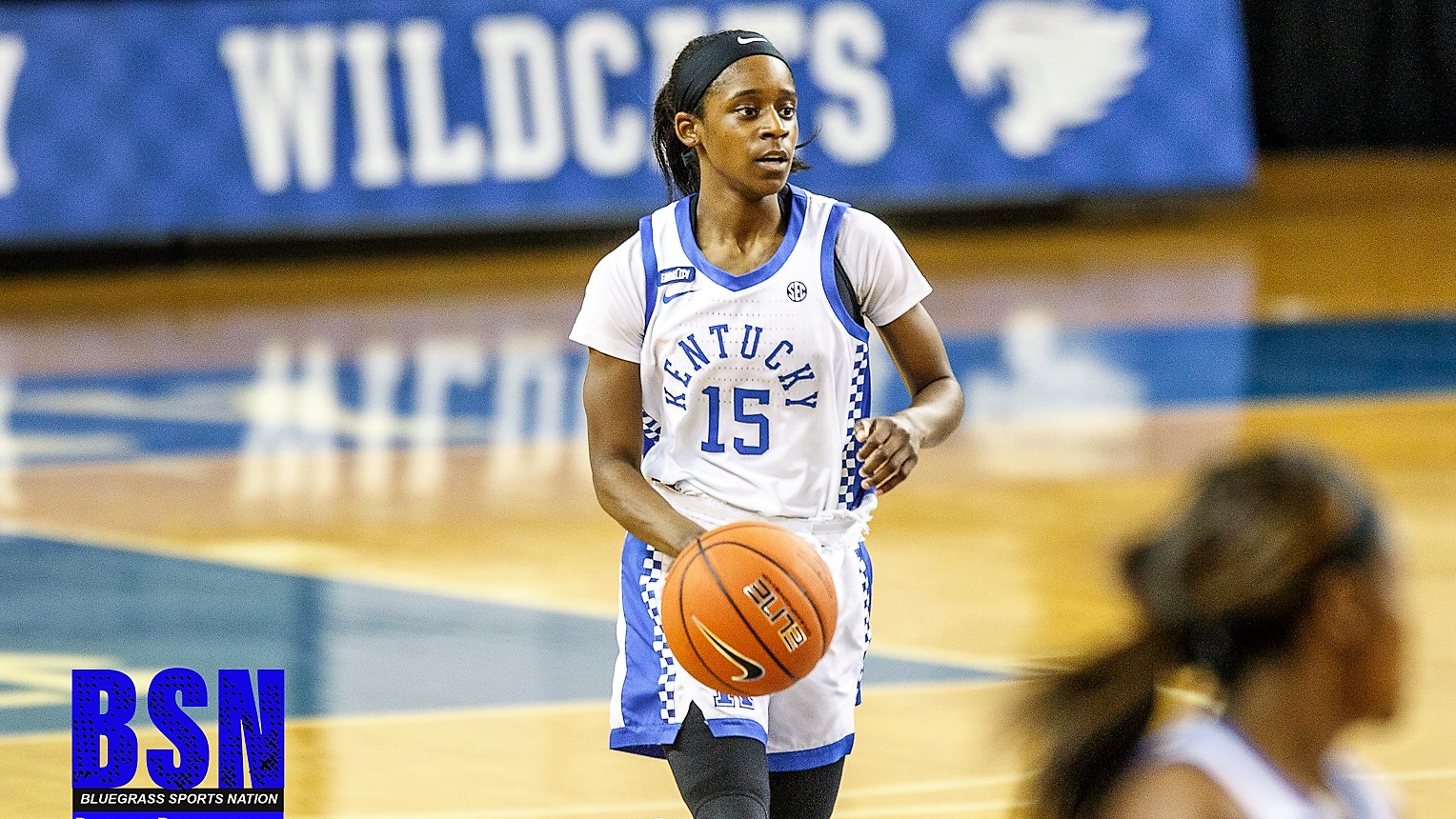 In addition to Patterson’s 16 points, Kentucky got double-figure scoring efforts from Dre’una Edwards, who had 15 points and grabbed six rebounds, Rhyne Howard, who had 14 points, seven rebounds and six assists, and Blair Green, who had 10 points and three assists.

Kentucky (6-0) forced 21 Samford turnovers in the game and turned those into 32 points on the offensive end. The taller Cats also controlled the rebounding battle (34-28), points in the paint (36-24) and second-chance points (18-7).

Kentucky started the game quickly, with a Howard basket in the lane on the first possession of the game. Samford would answer with a three from Raven Omar to lead 3-2. That would be Samford’s only lead of the game.

The Cats answered with nine points in a row, including baskets from KeKe McKinney, Patterson, Edwards and Green, to lead 11-3. After Samford got a three from Natalie Armstrong to make it 11-5, Kentucky went on an 8-2 run to take a 19-8 lead with 2:31 left in the first quarter. UK would lead 23-14 after one period of play.

Early in the second period, Samford would cut the UK lead to seven on a pair of occasions. But with the Cats leading 26-19, it was a 6-0 UK run that put the Cats up 32-19 with 6:52 to play in the half. Edwards had a pair of layups in the run and Green added a pair of free throws.

Samford would cut the UK lead to 35-24 on an Andrea Cournoyer three-pointer, but the Cats would answer with a 15-4 run to take a 50-28 lead with 1:02 to play in the half. Howard had five points during that stretch that allowed Kentucky to take command of the game.

The Cats would lead 50-31 at the break, with Edwards scoring 15 first-half points and Howard adding 10. Kentucky forced 11 Samford turnovers in the first half and converted those into 15 points. UK also held big advantages in second-chance points (16-2) and points in the paint (24-8) in the first 20 minutes.

In the third quarter, Kentucky got it going from behind the arc. In fact, the Cats’ first three field goals of the period were threes from Green, Howard and Patterson. Those baskets made up a 9-0 run that gave Kentucky a 59-31 lead.

In the fourth quarter, Samford scored the first four points to cut the UK lead to 73-45 with 8:34 left. Kentucky went scoreless until Patterson hit a corner three with 7:44 to play, extending the UK lead to 76-45.

Kentucky returns to action on Wednesday, visiting Chicago to face DePaul. Tipoff is set for 3 p.m. ET and the game can be heard on the UK Sports Network.