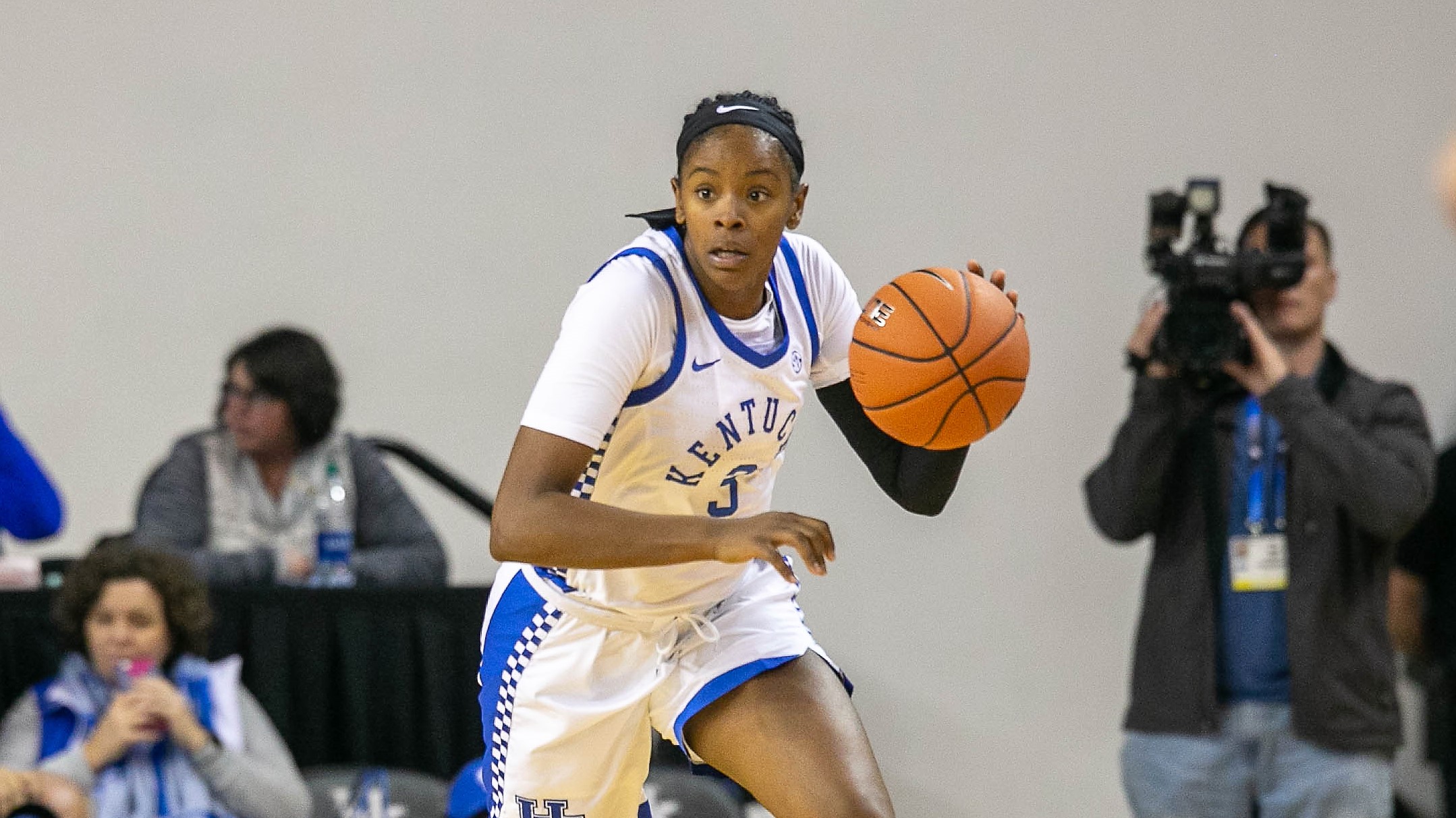 The No.13 ranked Kentucky Wildcats (3-0) women’s basketball team returned to Memorial Coliseum on Wednesday night where they tallied another win in a 67-48 defeat of the Stetson Hatters (1-1).

The Cats came out of the gates running, with them pushing the lead to 8-0 and holding the Hatters scoreless until the 5:45 minute mark in the 1st period. Standout sophomore guard Rhyne Howard scored 7 of the first 8 for Kentucky, with Sabrina Haynes chipping in 1 free throw.

Rhyne continued her tear to end the first period as she tallied a total of 12 first quarter points alone, with that Kentucky ended the quarter with a couple of key offensive rebounds and a 13-6 lead.

The Cats showed little to no signs of slowing down to start the second period as they continued dominance on the glass and in the scoring column, winning the rebound total 27-20 and ending the 1st half with a 32-20 lead, with Howard scoring 18 of the Cats 32.

The 3rd period started off slow for both teams, but it didn’t last long as Kentucky exploded for 17 points in the quarter. On the other end the Cats locked it down and kept the defensive pressure up to only allow 10 points and forced 4 turnovers in the period to take a 49-30 lead heading into the 4th.

The Hatters came out firing in the 4th giving their best shot at a comeback, but Kentucky was able to weather the storm and tally 18 more of their own. Sophomore guard and Eastern Kentucky Native Blair Green seemed to come alive in the 4th putting up 8 PTS and 2 REB while the Cats extended their lead and secured a 67- 48 victory.

Rhyne Howard, So. (G)
Rhyne was a contributor all night, lighting up the stat sheet in more than one column, finishing the night with 24 PTS, 5 REB, and 2 AST. Beyond what the numbers say, Rhyne was a big presence on both ends of the floor tonight and had to be constantly accounted for by the Hatters on the offensive end. “I really was just trying to work on speeding my pace up and shots were just falling…after I started hitting them, he (Coach Mitchell) did start calling my number a bit” stated Rhyne when asked about her hot start tonight.

Keke McKinney, Jr. (F)
Overshadowed by Rhyne’s big scoring night, Keke Mckiney chipped in a quiet double-double finishing with 10 PTS, 10 REB, and 4 AST. While she did not lead the Cats in scoring, she did lead them on the glass and her unmatched presence in the paint could be felt on both ends as she also picked up 2 blocks. KeKe was not brought out to speak with the media tonight.

No. 13 Kentucky will take the floor again on Saturday, Nov. 16 at 5 pm as they travel to Charlottesville, Virginia to take on the University of Virginia Cavaliers.