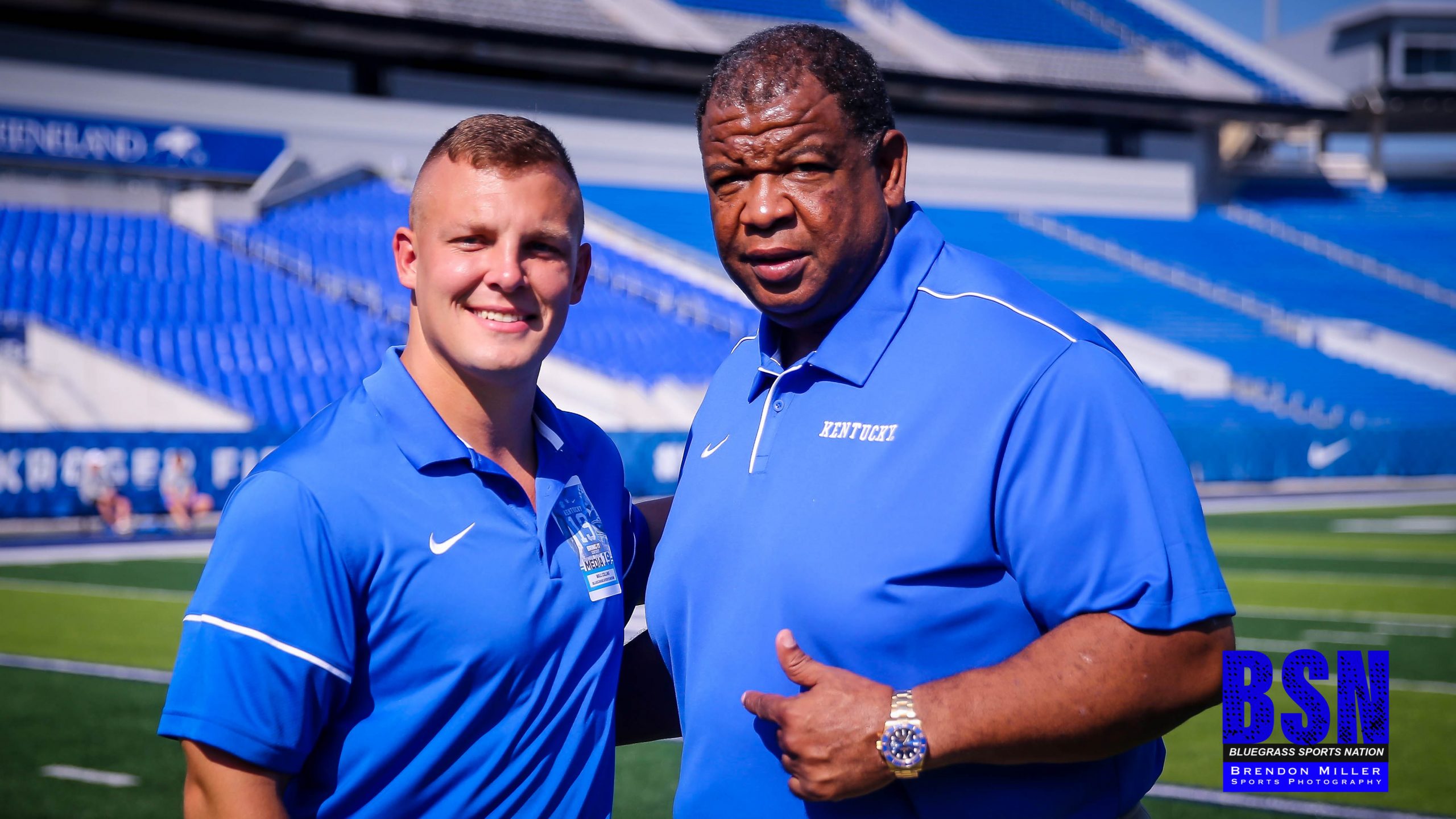 Vince Marrow is encouraged by the show of unity in light of the current civil unrest that has unraveled across the nation following the death of George Floyd.

“What I see now, it’s a true rainbow coalition, you see all types of people out there,” Marrow said during an appearance on Kentucky Sports Radio Tuesday morning. “They’re protesting, they’re tired. It’s a human thing now. As a black man, it’s always been a black thing, but I think white people, Asian people, they’re all upset about what they’ve seen. I appreciate the people protesting because black people are tired … I’m (upset) with what I’ve seen with George Floyd – but I’m also encouraged of what I see amongst these young men and women marching together.”

From what he has observed during the past week it has been an outpouring of support from the white community during national protests and has stressed that to the players on the team who have reached out to the Kentucky coach.

“These white kids, they’re just as (upset) as these black kids on our team,” he said. “And that’s what you see now on the streets, you see these 20- to 25-year-olds, non-athletes and athletes (fighting). … if they’re mad, it’s not like back in the 1970s when an African-American teammate would come in and look at his teammates and say, ‘Yeah, you’re just like that.’ Our players know that our white players (have their back).”

When it comes to participating in protests, Marrow and the university said he asks that the players conduct themselves in a positive manner and not get caught up in the unnecessary components such as rioting and looting that can unravel a peaceful demonstration in a hurry.

“I believe you can do it in the limelight of being a student-athlete if you want to get your message across,” he said. “When people are on you and the media talks to you, you can say how you feel in a positive manner.”

Marrow also likes the way Kentucky coach Mark Stoops has approached his players when it comes to state, national and current world events.

“I really believe that Mark Stoops is a good coach, but a really good human being,” Marrow said. “He understands and he hurts with these kids in any situation. I remember hearing (Kentucky President) Eli Capilouto speak at an athletic event, and I was very moved when he was talking about equality and diversity, telling the university we are moving forward with stuff like this.”

As society comes to terms with racial issues that have transpired recently, Marrow said African-American kids are “really confused right now and hurt.”

“That’s across the whole country,” he said. “But the great thing is, you have support, and I don’t think it’s fake support. I think they see there are people who don’t look like them that are very concerned and don’t stand for what’s going on.”