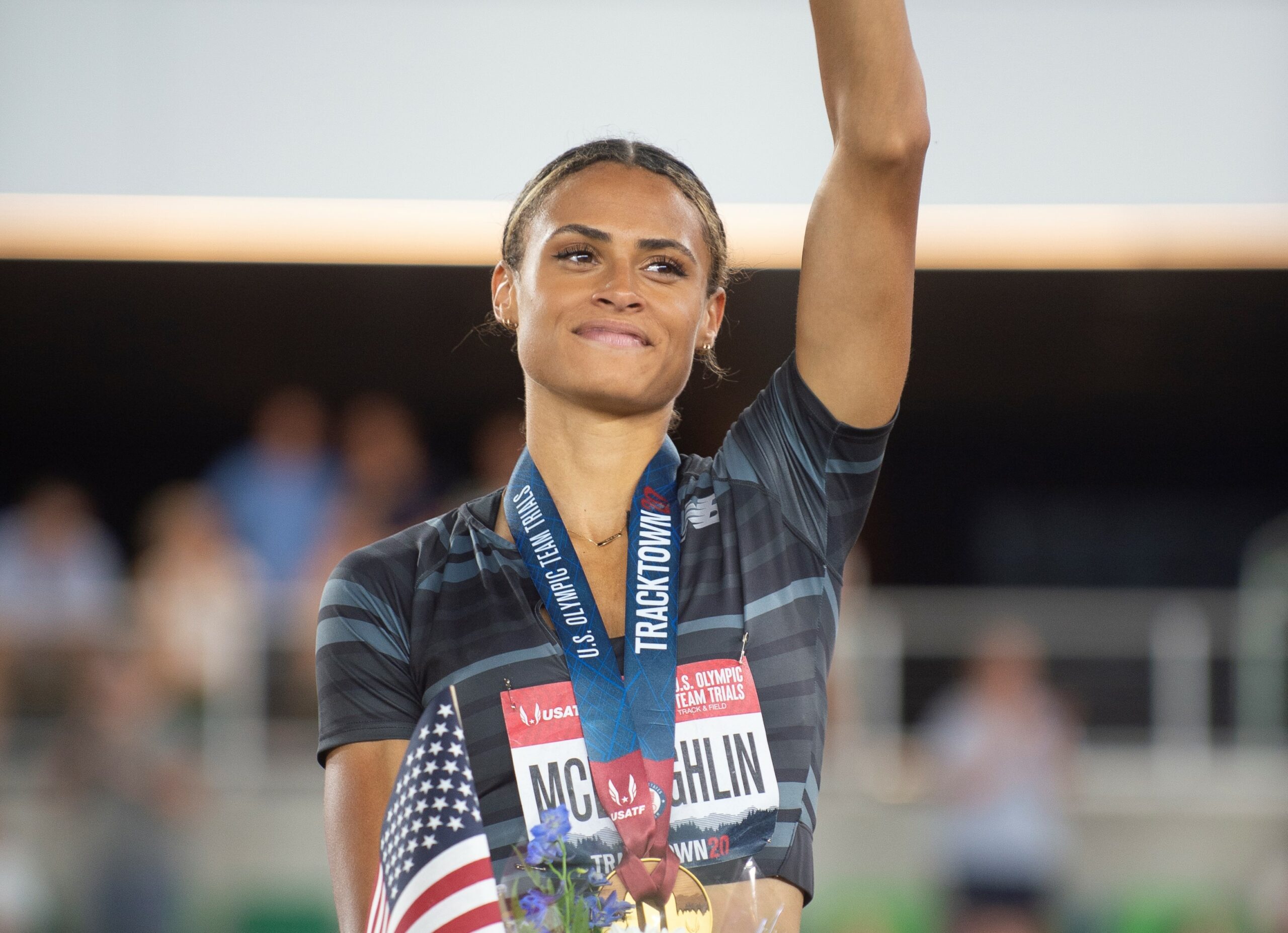 Running on the same ground where she made the 2016 Olympic Team as a high-school athlete and then won the NCAA 400H Title for Kentucky in 2018, McLaughlin became the first woman in history to break 52 seconds in the grueling event.

McLaughlin made her second U.S. Olympic Team. She reached the Olympic semifinal in 2016, and won the silver medal at the 2019 world championships, when Dalilah Muhammad – who was second on Sunday – set the previous world record at 52.16. McLaughlin helped lead the American team to gold in the 4×400-meter relay at Worlds in 2019 in Doha.

“I knew it was gonna be a fast race,” McLaughlin said. “Really great competition as always. My coach and I have been training for this. This is what our year has been about – just getting to this point. I think we really put it together today. Super grateful and happy to be the team and excited to see what happens in Tokyo.

“It’s one of those moments that you dream about, and you think about, and replay in your head. When you’re going to be able to put it together. I knew from the moment I woke up today that it was gonna be a great day. I think just trusting that process – it was just the final ‘I did it’ moment, and I’m gonna cherish it for the rest of my life.”

Sunday’s concluding session of the Olympic Trials in Eugene, Oregon, was postponed by over four hours because of extreme heat with daytime temperatures exceeding 100 degrees Fahrenheit and resumed at 8:30 p.m. local time.

At the British Athletics Championships, UK Class of 2018 and two-time NCAA Champion Tim Duckworth won the decathlon with a score of 7,447.

The 2020 Summer Olympic Games in Tokyo were postponed last year, but are still being known as the 2020 Olympics.

How to qualify for the Olympics

The top three finishers in each event, so long as they have the Olympic qualifying standard which was established by World Athletics months ago, will automatically earn spots on Team USA for the 2020 Summer Olympics to be held in in Tokyo in July-August 2021.

Olympic team trials and their equivalent meetings are taking place across the world in the coming days and weeks.