UofL Dorm to be Named for Denny Crum 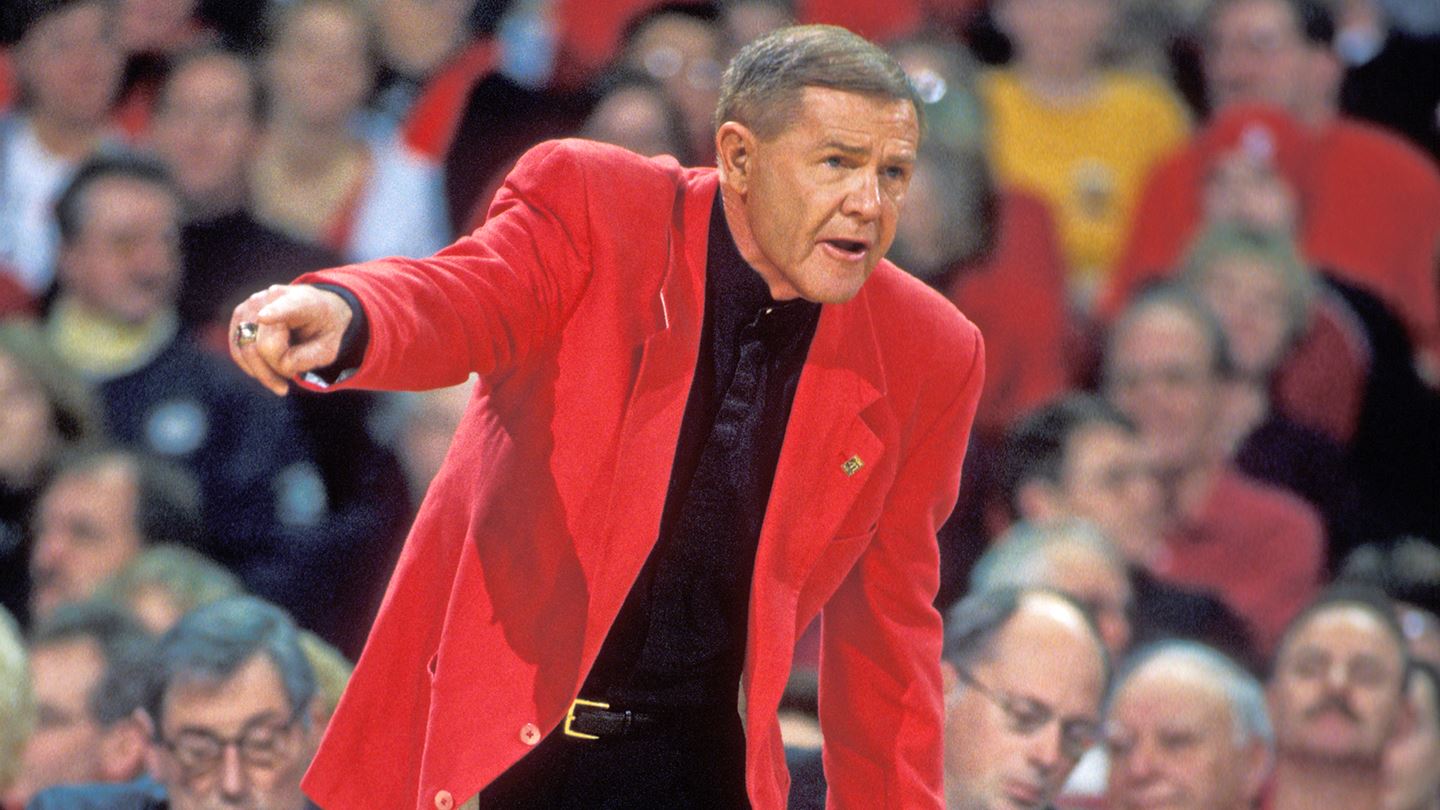 The University of Louisville Board of Trustees has approved the naming of a new residence after the Cardinals’ winningest basketball coach who has been a part of the Louisville community for nearly 50 years.

Denny Crum Hall made possible by L&N Federal Credit Union will be the name of a new University of Louisville residence hall, located across Floyd Street from the Planet Fitness Kueber Center that will be built for occupancy by the fall 2022 semester and will house several Cardinal student-athletes.

The $23.5 million, 128-bed residence hall that was announced on Oct. 28 is a partnership among UofL Athletics, UofL Campus Housing and a third-party developer consisting of Buffalo Construction and Larry Gough, who also developed Cardinal Towne, another campus housing project.   L&N Federal Credit Union has provided a $2.25 million gift to the Cardinal Athletic Fund to promote the legacy of UofL Athletics through naming the facility in Crum’s honor.

“While Coach Crum’s Hall of Fame career as a coach has been well documented, his name on the new dorm will properly represent the impact that he has made on the university, albeit athletics or academics,” said UofL Vice-President/Director of Athletics Vince Tyra.  “It’s a great honor to know him as a friend and to celebrate him with this important campus initiative.  We can’t thank L&N Federal Credit Union enough for their continued support of UofL Athletics.”

He directed Louisville to the 1980 and the 1986 NCAA Championships, ranking him as one of only 14 coaches in NCAA history to win two or more titles. Six times he guided the Cardinals into the NCAA Final Four, including four times in the decade of the ’80s. Only five coaches all-time coached more Final Four teams than Crum.

“We are honored to have Coach Crum’s name displayed on our players’ campus home that will be connected to our training facility,” said UofL Men’s Basketball Coach Chris Mack.  “His legacy here is not only as a Hall of Fame coach who won two national championships, but as a terrific person who has meant so much to this university and community for nearly five decades.  I’m also very grateful for the commitment that L&N Federal Credit Union has made to this project, investing in our future with a facility that will have long-lasting significance for our basketball program and this university.”

Crum guided the Cardinals to 23 NCAA Tournament appearances, 10th-most by a coach all-time.  Crum’s teams regularly faced one of the nation’s toughest schedules and he amassed a 675-295 career coaching record, including an impressive 42-22 NCAA Tournament mark.  Three of his squads participated in the NIT, reaching the NIT semifinals in 1985. The Cardinals captured or shared 12 Metro Conference regular season titles and 11 post-season tournament championships under Crum’s guidance. Crum engineered UofL to 20 or more victories in 21 of his 30 seasons.

After his retirement, Crum continued to work as a special assistant to the UofL president for several years. The KFC Yum! Center court has been named in his honor.  Since 2001, The Denny Crum Scholarship Foundation and the Denny Crum Scholarship Fund at UofL have awarded over a million dollars benefiting over 425 students.  The San Fernando, Calif., native made Louisville his home and has lent countless hours of his time for charitable causes throughout the community for the past 49 years.

Residence Hall Will House Student-Athletes, Others

Denny Crum Hall made possible by L&N Federal Credit Union will be connected to the Planet Fitness Kueber Center by a skywalk, is slated to open for the fall 2022 semester and will house a mixture of student-athletes and non-student athletes. Men’s and women’s basketball and women’s lacrosse student-athletes – who each train in the adjoining facility, will live in the residence hall in which UofL Athletics will guarantee occupancy for 63 of the 128 beds to remain within the NCAA requirement of no more than 50% of the beds being occupied by student-athletes.  UofL Athletics will also guarantee an additional 10 beds to be used by team managers and graduate assistants.

The residence hall will also serve as a Living Learning Community (LLC) for sophomore and above Sport Administration majors, enhancing one of UofL’s top undergraduate programs.  It will be managed by UofL Campus Housing and will include a full-time live-in hall director and three resident assistants.

The project site is owned by a combination of the UofL Foundation and University and will require a ground lease agreement with the Foundation.

The residence hall will be first-class and very beneficial in the recruitment and retention of top-level students and student-athletes alike. Denny Crum Hall made possible by L&N Federal Credit Union will become a campus landmark that features an enclosed crosswalk spanning Floyd Street, linking the residence hall and the Kueber Center. The hall’s distinctive look will have the added benefit of enhancing the beautification efforts for the Floyd Street area on campus.

Established in 1954, the credit union was founded to serve the L&N Railroad workers in Louisville.  Today, L&N Federal Credit Union is open to everyone in the Louisville Metropolitan area.

With assets over $1.6 billion dollars, 20 branches and an array of products and services, L&N can offer everything necessary for someone’s personal or business finances.  Nearly 100,000 people have taken advantage of flexible mortgage and consumer loans, commercial loans, free online/mobile banking, free checking, business accounts and more.  More information may be obtained online at www.LNFCU.com, or via phone at (502) 368-5858.