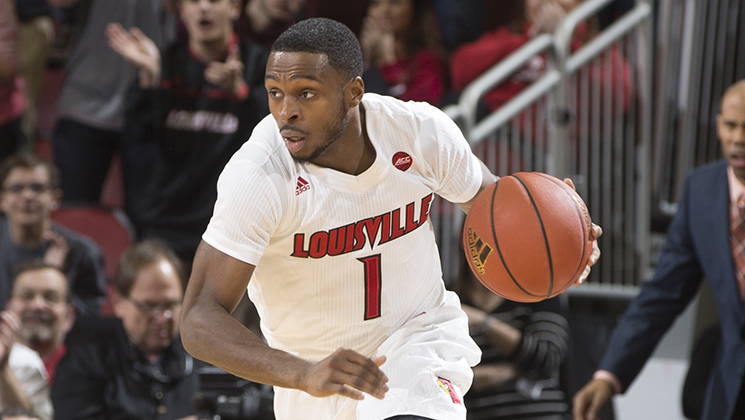 LOUISVILLE, Ky. – University of Louisville graduate guard Tony Hicks suffered a broken bone in his right/left hand during the Cardinals’ 106-51 victory at Pittsburgh on Tuesday and is expected to be out 6-8 weeks.

Hicks broke the bone while fighting for a loose ball in the first half of the game.  He finished the game with his fingers taped together and upon further examination this morning, a spiral fracture of his fourth metacarpal was discovered.

“Tony was just fitting in at the point position and has made great progress,” said UofL Coach Rick Pitino. “We will keep him in great condition and hope we make a long run in the tournament so he can play in his first NCAA Tournament.  It’s time for Ryan (McMahon) and David (Levitch) to pick up their defense. Injuries are part of the game and we will get stronger.”

A graduate transfer from South Holland, Ill., Hicks has played his best of late with increased playing time while Quentin Snider is out with a hip injury.  Hicks scored a season-high 16 points at Florida State last Saturday and had 10 points and four assists without a turnover last night in his first starting assignment at Pittsburgh.  He has averaged 4.6 points and 1.1 assists for the season.