UofL Will Honor the Cards’ 1975 Final Four Team on Saturday 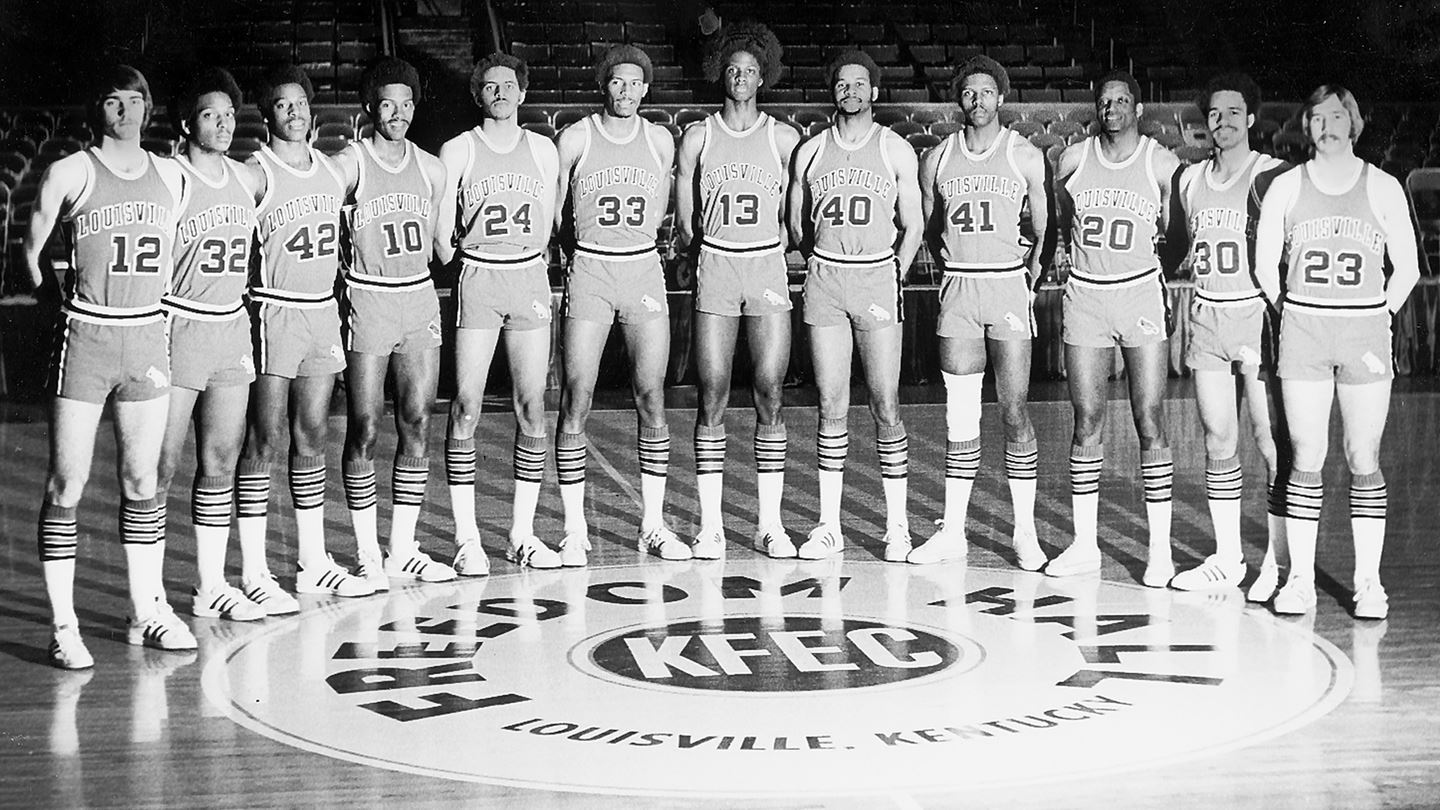 LOUISVILLE, Ky. — The Cardinals’ 1974-75 men’s basketball team which advanced to the NCAA Final Four will be honored at halftime of Louisville’s Jan. 25 game against Clemson on this 45th anniversary of their achievement.  In addition, for that game the current Cardinals will wear special adidas throwback uniforms representative of those worn by the 1975 team.

The third UofL team to reach the Final Four, the 1974-75 Cardinals posted a 28-3 record, won the Missouri Valley Conference Championship and beat three top-15 ranked opponents to reach the national semifinals, including a 96-82 victory over fourth-ranked Maryland in the Midwest Region championship in Las Cruses, N.M.

Guided by Hall of Fame Coach Denny Crum, the team was led by senior All-Americas Junior Bridgeman and Allen Murphy.  Murphy was the Cards’ scoring leader for three straight seasons while scoring in double figures a school-record 57 straight games, averaging 16.3 points and 4.3 rebounds as a senior. A two-time Missouri Valley Conference MVP, Bridgeman averaged 16.1 points and 7.4 rebounds as a senior. The Cardinals fell 75-74 in overtime to top-ranked and eventual NCAA Champion UCLA in a classic national semifinal game.

Several members of the team will be present for the reunion this weekend, including the starting five from the team that featured forwards Murphy and Wesley Cox, guard/forward Bridgeman, guard Phillip Bond and center Bill Bunton.

UofL Coach Chris Mack and his staff will be wearing sneakers at the Cardinals’ Jan. 25 game against Clemson in support of the American Cancer Society’s work to save lives from cancer. During Coaches vs. Cancer (@coachesvscancer) Suits and Sneakers Awareness Week, a collaborative initiative of the National Association of Basketball Coaches and the American Cancer Society, coaches across the country will be showing their support as well (#SuitsandSneakers).

For the second straight year, the cause will be localized with the Cardinal staff wearing sneakers branded with “Jaxen’s Journey,” remembering UofL strength and conditioning coach Andy Kettler’s son Jaxen, who  lost his life to brain cancer at the age of 2 in July 2016.  Kettler and his wife Kimbraly started Jaxen’s Journey to benefit pediatric cancer research.  Support can be provided through the organization’s website at www.jaxensjourney.com