UofL Will Honor the Cards’ 1980 NCAA Championship Team on Feb. 8 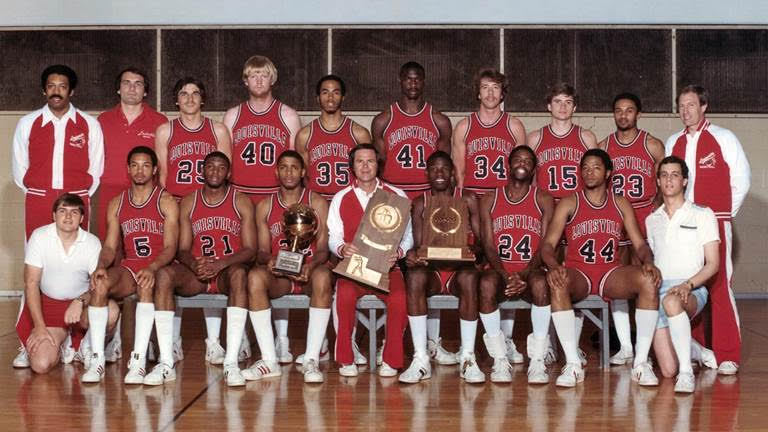 LOUISVILLE, Ky. — The University of Louisville will honor its 1980 NCAA Championship team on the 40th anniversary year of their national title at halftime of the Cardinals’ Feb. 8 game against Virginia in the KFC Yum! Center.

Louisville, which entered the NCAA Tournament in 1980 as the nation’s No. 2 ranked team in the AP poll, beat Iowa 80-72 in the national semifinals (3-22-80) in Indianapolis, Ind. at now-demolished Market Square Arena.  Griffith led UofL with 34 points, six assists and three steals against the Hawkeyes.  The Cardinals defeated UCLA 59-54 in the title game as Griffith scored 23 points and was named the Final Four Most Outstanding Player.

All members of the 1980 team are expected to be present for the event except Eaves and Wiley Brown, who are currently head coaches at Simmons College and IU Southeast, respectively, and their teams have games on Saturday; and Smith, who passed away on Aug. 9, 1996.

Louisville was arguably the most dominant team in college basketball during the decade of the 1980s. During the decade of the 1980s, the Cardinals won two national championships (equaled only by Indiana); sent an unmatched four teams to the Final Four (1980, 1982, 1983, 1986); reached the NCAA Sweet 16 teams seven times (bettered only by North Carolina’s nine times); and posted the highest NCAA Tournament winning percentage in the nation (.793, 23-6).