Vanderbilt Rallies in Fourth Quarter to Defeat No. 15 Kentucky 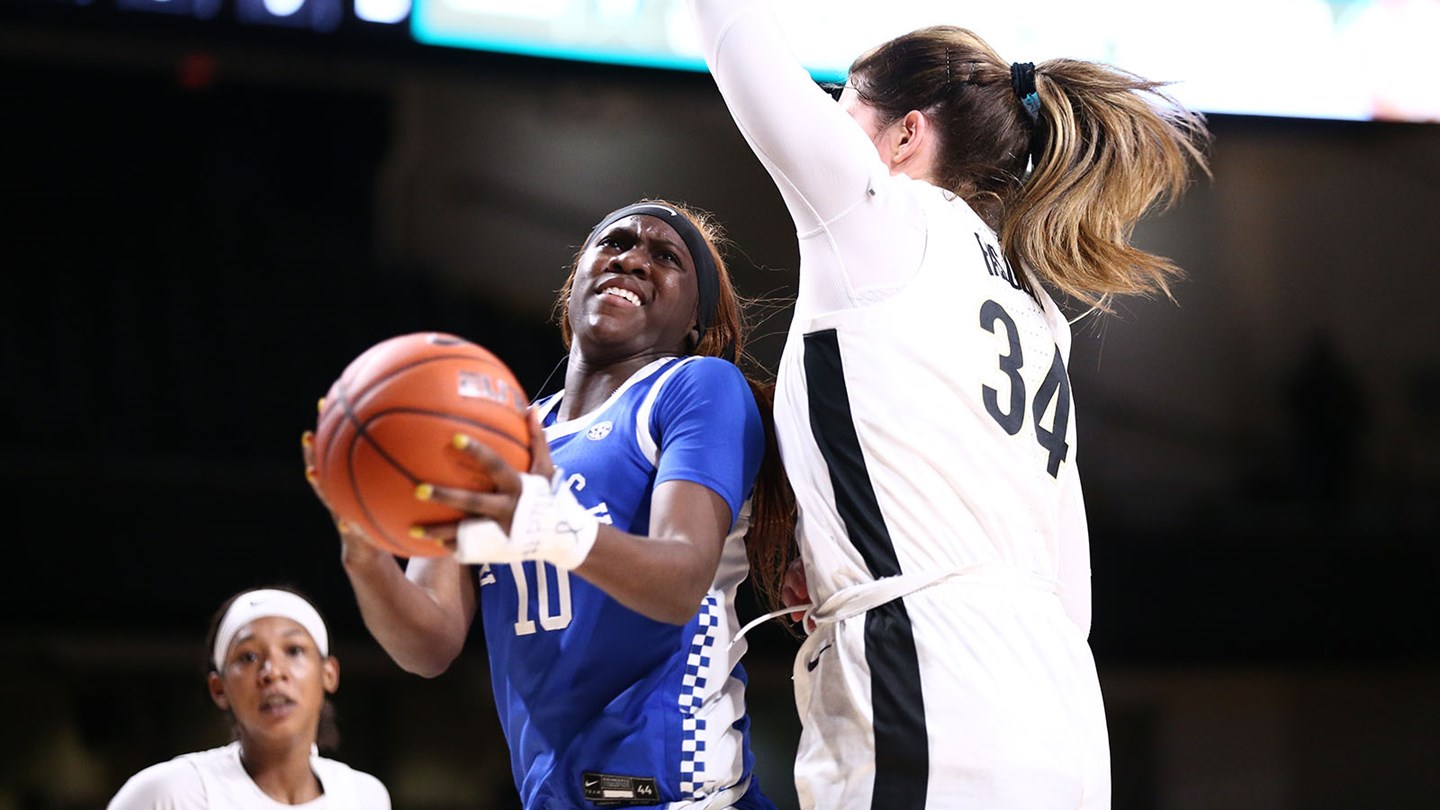 Vanderbilt rallied in the final period, outscoring Kentucky 24-9 over the game’s final 10 minutes to turn a nine-point deficit into a six-point victory.

Kentucky got on the board first when Howard hit from beyond the arc. Vanderbilt would answer by scoring six in a row before KeKe McKinney hit a three to tie the game at 6-6 with 7:00 left in the first period.

The game would be tied three times and there were five lead changes in the period, with neither team leading by more than three points. Kentucky would grab two leads late in the period, at 13-12 on a three by Chasity Patterson and at 15-14 on a layup by Patterson. But Vanderbilt got a layup by Chelsie Hall with 22 seconds left in the period to take a 16-15 advantage after one quarter.

McKinney got the scoring started in the second period, with her jumper giving the Cats a 17-16 advantage. Vanderbilt would respond by scoring seven points in a row to lead 23-17. After a Howard free throw, Vandy took its biggest lead on a Koi Love layup that gave the Commodores a 25-18 lead.

Howard would take over from there, as Kentucky closed the period on an 11-5 run to get within one, 30-29, at the break. Howard scored nine of UK’s 11 points during the run, including the last five. The sophomore led all scorers with 13 first-half points and the Cats found themselves down by only one despite shooting just 29 percent (9-31) from the floor in the first 20 minutes.

Vanderbilt scored first in the third period on a Jordyn Cambridge layup, taking a 32-29 lead in the process. But the Cats got a layup from McKinney, followed by five straight points, a three pointer and two free throws, from Howard, which gave UK a 36-32 advantage with 8:01 left in the period.

Kentucky would extend the lead to eight when Howard nailed a three to give UK a 43-35 advantage with 5:26 to play in the third. The Cats would be able to keep Vanderbilt at bay through the rest of the period, and UK eventually took a 10-point lead, 54-44, on a three from Howard with 43 seconds remaining in the period. Kentucky would hold a 55-46 lead after three quarters of play.

The Commodores would re-take the lead, 65-63, on a Mariella Fasoula layup with 1:55 left in the game. The Cats would get within one, 65-64, when Tatyana Wyatt hit one of two at the line with 47 seconds left in the game.

Vanderbilt would extend the lead to 67-64 on a LeaLea Carter layup with 19 seconds to play. On its next possession, Kentucky got the ball to Howard on the right wing, but the sophomore’s jumper missed and Vanderbilt was fouled on the rebound.

Fasoula made one of two at the line, and Kentucky called timeout to advance the ball with 7.8 seconds to play. The Cats’ inbounds play got Howard a clean look at the top of the key, but the shot went in and out and Carter rebounded, sealing the win for the Commodores.

Kentucky will next play in this week’s SEC Tournament in Greenville, South Carolina.