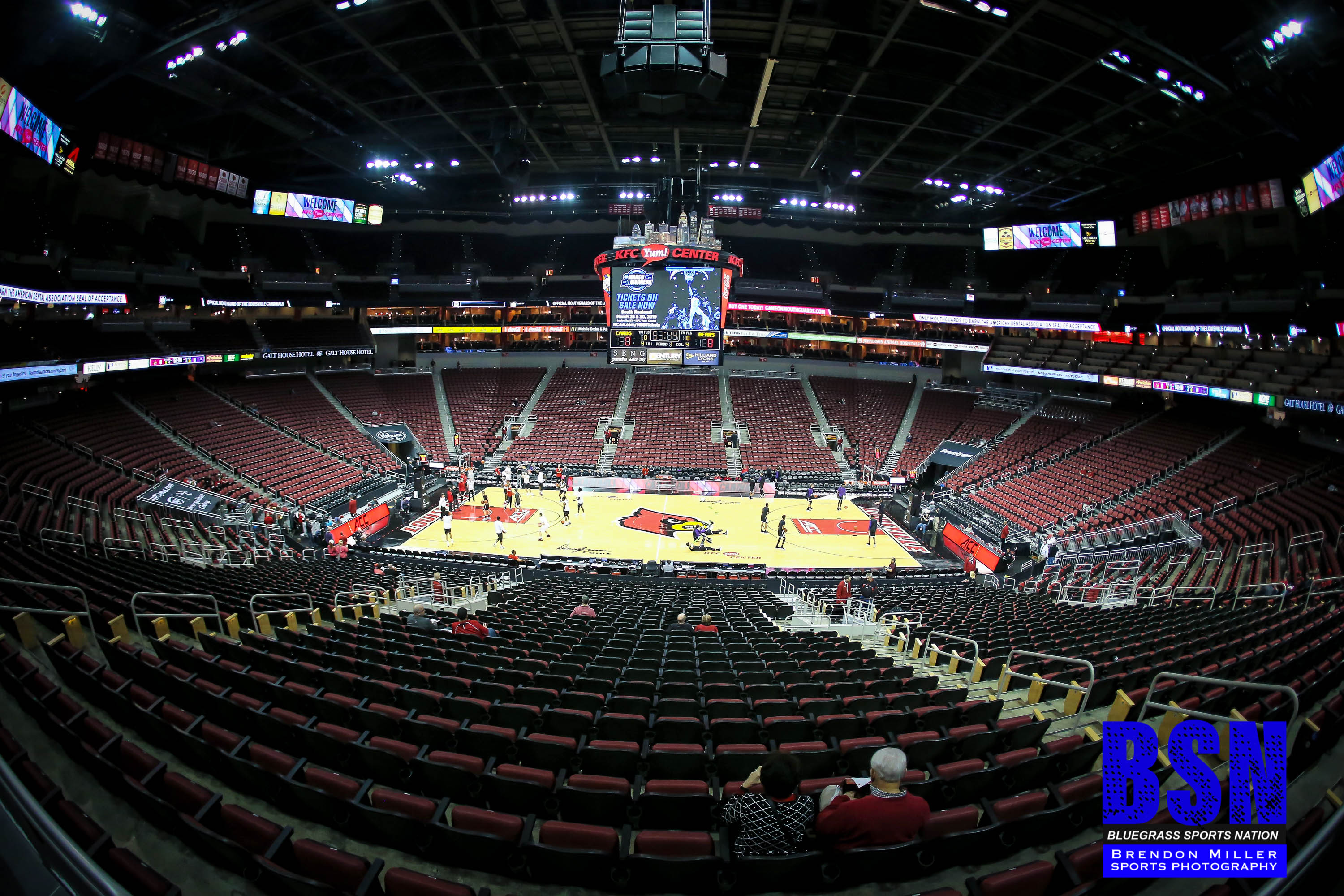 The Cardinals will open the season with five games over 10 days from Nov. 25 through Dec. 4

The University of Louisville, KFC Yum! Center and Galt House Hotel will serve as host for a men’s basketball event that will include nine participating teams who will play 18 games over a 10-day stretch from Nov. 25 through Dec. 4, 2020.

The Wade Houston Tipoff Classic will be the designated multi-team event and will incorporate two games each from eight of the participants.  Each of the remaining games in Louisville during the stretch will serve as regular, non-conference games on each team’s schedule.  Western Kentucky is playing three games outside of the multi-team event.

The namesake for the event was one of the first three African American basketball players to sign with UofL, a group which included Houston, Sam Smith and Eddie Whitehead. It was the first instance in which a predominantly white college in the state of Kentucky had any African-Americans on its roster at the time.  After playing on the freshman-only team in 1962-63, a rule mandated by the NCAA forbidding freshmen from playing varsity which was lifted in 1972, the trio moved up to the varsity team.

Houston, the first of the group to earn a scholarship to play at UofL, lettered from 1963-66 and twice participated in postseason competition. Following the Tennessee native’s career in which he earned bachelor’s and master’s degrees, Houston went on to coach Male High in Louisville to the state tournament twice and the 1974-75 Kentucky state championship.

In 1975, Houston was hired at UofL as an assistant coach on Denny Crum’s staff and helped direct the Cardinals to a long tenure of success. During his time on the sidelines, Louisville made four Final Four appearances, with the 1980 and 1986 seasons culminating in NCAA Championships. Tennessee hired Houston in 1989 and he became the first African American head coach in the Southeastern Conference.  He later left the coaching profession and became a highly successful businessman in Louisville.

Louisville will open its 2020-21 season on Nov. 25 against Southern Illinois as part of an opening day triple-header in the KFC Yum! Center that will also include Winthrop against Seton Hall and Little Rock vs. UNC Greensboro.  The Cardinals will play their next four games on Nov. 27 against Seton Hall; Nov. 29 against Prairie View A&M; Dec. 1 against Western Kentucky and Dec. 4 against UNC Greensboro.  Additional dates and opponents on the UofL schedule will be announced at a later date.

There will be two practice courts available for teams within the bubble, including the practice court in the KFC Yum! Center and a full court that will be installed during the event in the Grand Ballroom of the Galt House Hotel.  Teams may also use the court in the controlled Planet Fitness Kueber Center, UofL’s campus practice facility, during the event.  A weight room will also be temporarily set up in the Galt House for the teams.

The hotel is connected by an elevated walkway directly into the arena.  With the exception of a possible bus trip for practice in the Planet Fitness Kueber Center, teams will not have to leave the dual facilities of the Galt House Hotel or KFC Yum! Center during their stay in Louisville.  Teams will eat their meals in the Galt House and all teams will be staying in the East side of the Galt House, which features all suite rooms.  Testing protocols will be in place for all participating teams and health protocols established by the ACC will be in place.

Game times and television assignments for the games will be determined later.

All games will be played at KFC Yum! Center in Louisville.  Teams will stay at the adjoining Galt House Hotel.