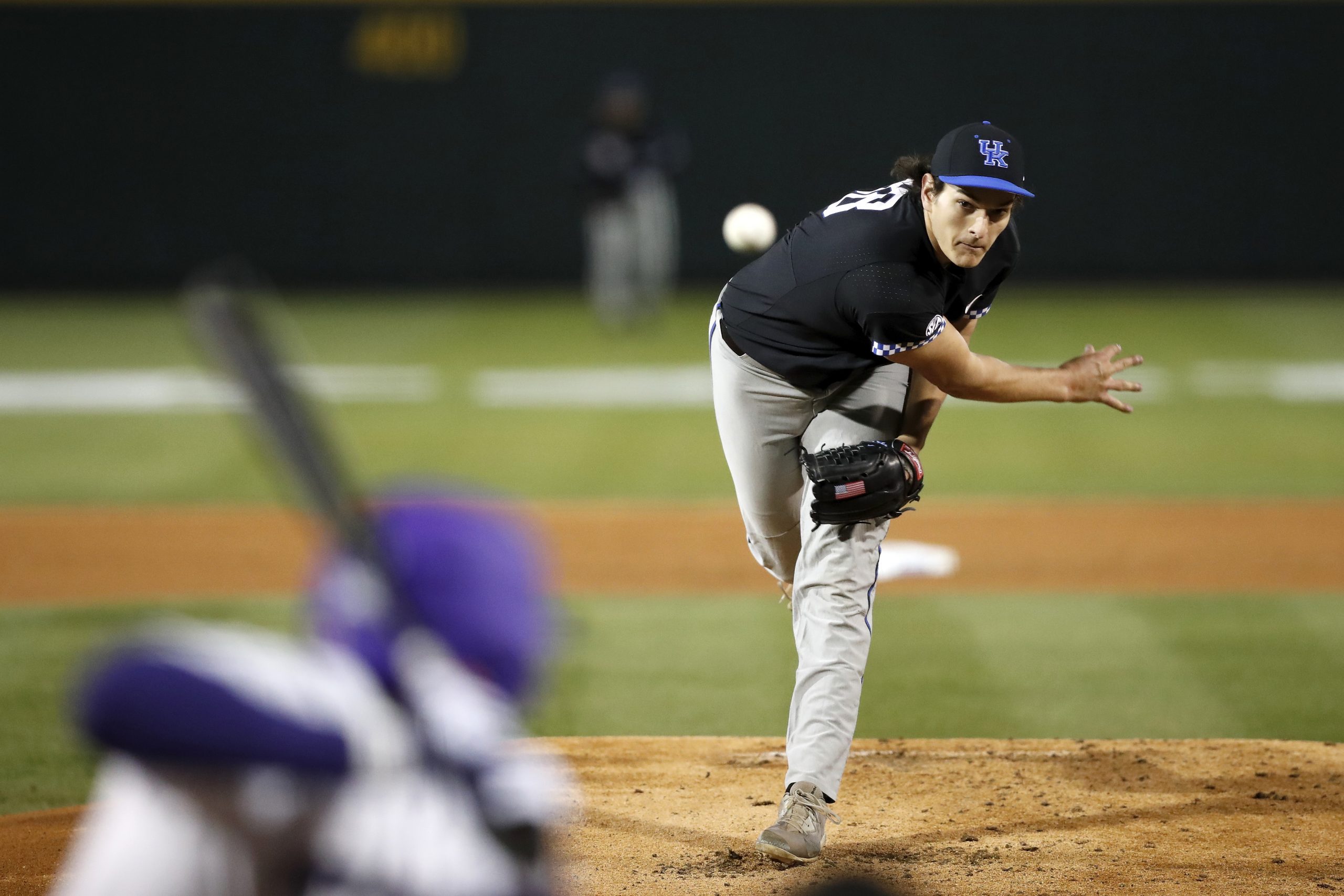 FORT WORTH, Texas – Kentucky extended its scoring streak to 120 consecutive games but was undone by eight walks on the mound, falling 5-1 to TCU in the season opener on a cold night at Lupton Stadium.

The Horned Frogs made three first inning runs hold up, thwarting several UK rallies before tacking on a pair of late insurance runs. Four of the five runs reached base via walk before coming around to score.

Despite the free passes, the Cats competed on the mound, striking out nine and finding ways to limit the damage after the opening frame. Starter Jimmy Ramsey allowed just one unearned run and four hits in 4.0 innings of work, while sophomore right-hander Alex Degen was explosive out of the bullpen in striking out four of the five batters he faced.

The Cats got on the scoreboard in the fifth when sophomore infielder Austin Schultz tripled to the wall in right field and came home on sophomore outfielder Cam Hill’s line single to right. Schultz now has reached base in 41 of the past 43 games.

ON DECK
The Cats return to the field on Saturday afternoon at 3 p.m. ET in game two of the series. The game will be live streamed for free on GoFrogs.com. The radio call will be on the UK Sports Network.