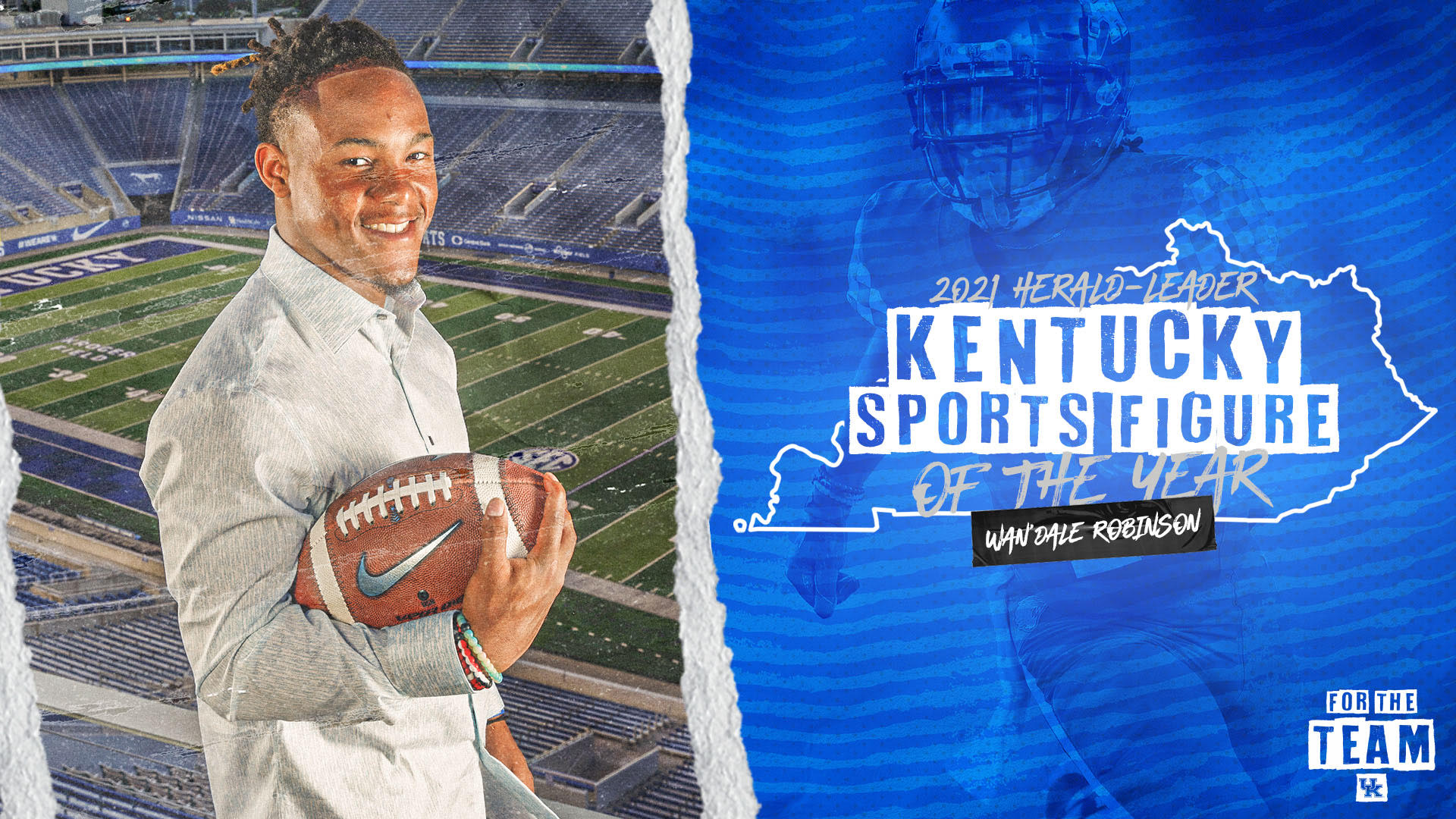 Kentucky junior wide receiver Wan’Dale Robinson has been named the 2021 Kentucky Sports Figure of the Year, it was announced today by the Lexington Herald-Leader. He was voted the winner by media members, current and retired, from across the Commonwealth.

It is Kentucky football’s fourth straight Kentucky Sports Figure of the Year, an unprecedented run in the 41-year history of the award. Defensive end Josh Allen won in 2018, quarterback Lynn Bowden in 2019 and offensive line coach John Schlarman in 2020.

Robinson, a 5-foot-10, 183-pounder from Frankfort, Kentucky, was one of the most electric players ever to come through the Kentucky football program. The transfer from Nebraska caught a team-high 104 passes and had 1,334 receiving yards in 2021, setting UK single-season records. Although he has played only one season at UK, he ranks 17th in school history in receiving yardage.

He became the sixth player in SEC history to catch at least 100 passes in a season, including Mississippi State’s Makai Polk this season. Robinson had six 100-yard games which ranks second on UK’s single-season list. He joins Randall Cobb as the only two receivers in school history to have 12 or more receptions in multiple games during their career.

Robinson was an All-SEC First Team selection by PFF and a second-team All-SEC choice by the league’s coaches. He was recently named to the USA Today All-Bowl Team after setting UK bowl records with 10 receptions for 170 yards and putting the Cats on his back in the late stages as they rallied for the win. He accounted for 86 yards on the game-winning drive, including a 17-yard catch over the middle on 3rd-and-10 where he absorbed a huge hit upon hauling in the pass, plus a 52-yard catch-and-run that carried to the one-yard line. It marked the Cats’ school-record sixth straight bowl appearance and school-record fourth straight win.

Kentucky Sports Figure of the Year