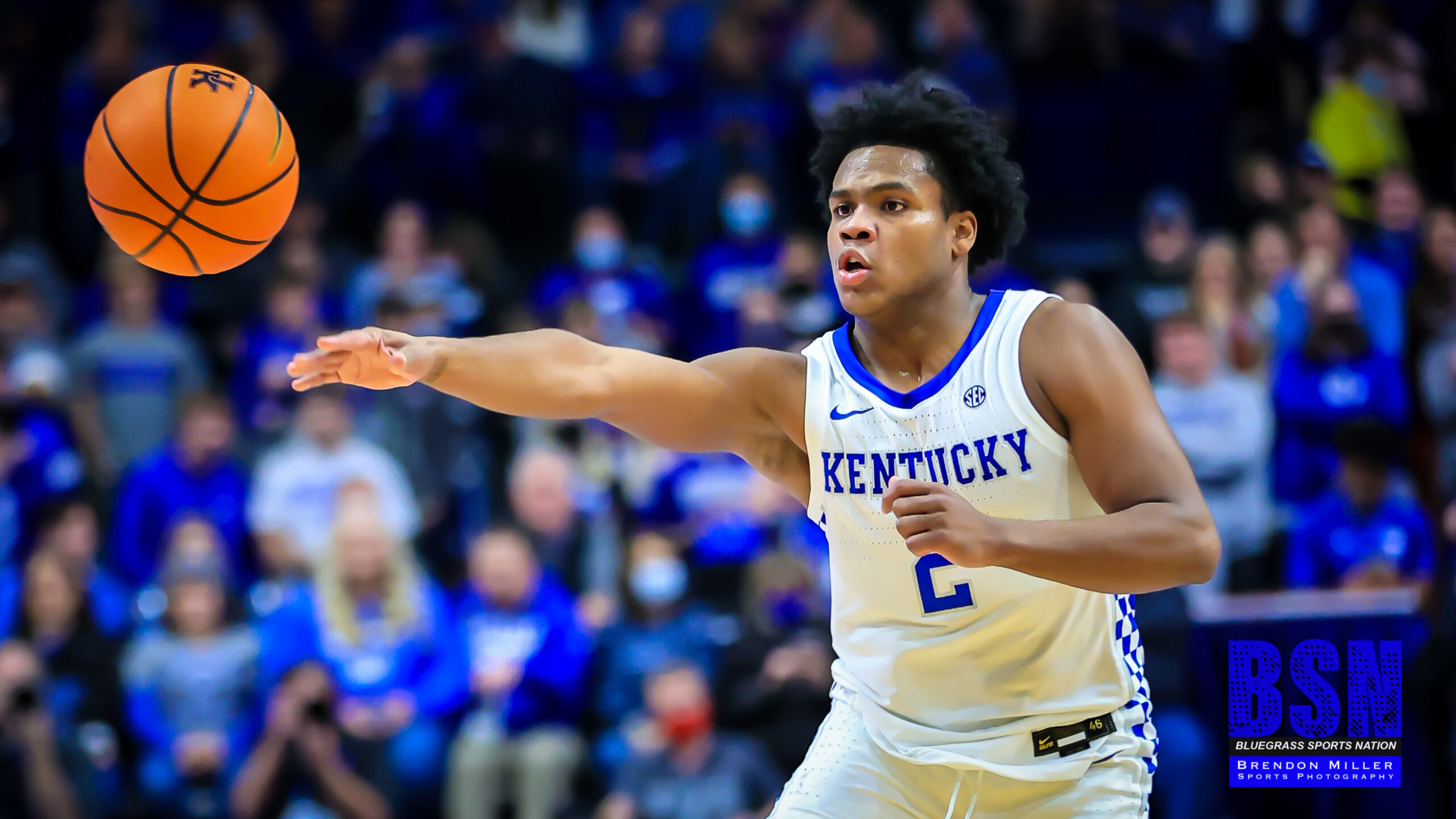 In his opinion, none have been better than Kentucky point guard Sahvir Wheeler. The Wildcats’ guard dazzled his way through the Ospreys’ defense Friday night, scoring 12 points and dishing out 14 assists to lead No. 10 Kentucky to an 86-52 victory over North Florida.

“I told him after the game, that if you do what you continue to do, and be the player that you are, this team has a chance to really be special,” Driscoll said. “If you try to listen to everybody else that is on the outside, then you could really, really screw up what you guys have.”

Wheeler added that he “had no idea” who those outside influences could be, but insists he’s only listening to inside sources and doesn’t want to get ahead of himself.

“The only people I listen to are the coaching staff, coach (John Calipari) who has done this at a high level for really long time and I listen to my father, who has gotten me to this point as a young man and a basketball player and that’s it,” he said. “I listen to my teammates on the court and they give me advice. Other than that, I’m great.”

What impressed Driscoll the most, however, was Wheeler’s ability to take the game over without being a consistent scoring threat.

“The way he defends the ball at the point and the way he pushes the ball to the rim and puts pressure on you, it’s great to see,” he said. “It’s exciting for (our players to see) and I would say of all the teams we’ve played (Kentucky) definitely has the best package on both ends of the floor.”

Wheeler has been Kentucky’s most consistent player and hasn’t missed a start in six games. He has made other players feel comfortable as the Wildcats have mixed and matched while dealing with injuries and illness during the first month of the season.

Such was the case Friday night.

Kentucky was without Davion Mintz and second-leading scorer Keion Brooks Friday night, but Damion Collins made his first start and finished with 12 points as five players finished in double figures. Oscar Tshiebwe added 12 points and 16 rebounds, followed by TyTy Washington and Dontaie Allen with 14 points each.

Having depth, Wheeler said, has paid off in dividends for Kentucky, which as relied on a potpourri of players to carry them through the easiest part of the schedule.

“It’s super valuable (to have depth),” Wheeler said. “That’s one of coach Cal’s biggest things is next man up. You don’t know when your opportunity is going to come. Maybe one night you don’t get as much playing time and you don’t get the opportunity, but something like this when Keion didn’t play and Damion’s number was called right before the game and he came out here and performed.”

Although Kentucky hasn’t had its roster intact since a season-opening loss to Duke, Wheeler said “its going to be exciting “ once all the pieces are together.

“I’m super excited for when everybody gets back,” he said. “We’re trying to do our best to stay healthy. We’re super excited to get them back.”