Wildcats Cruise to Second Round with 3-0 Win Over SEMO 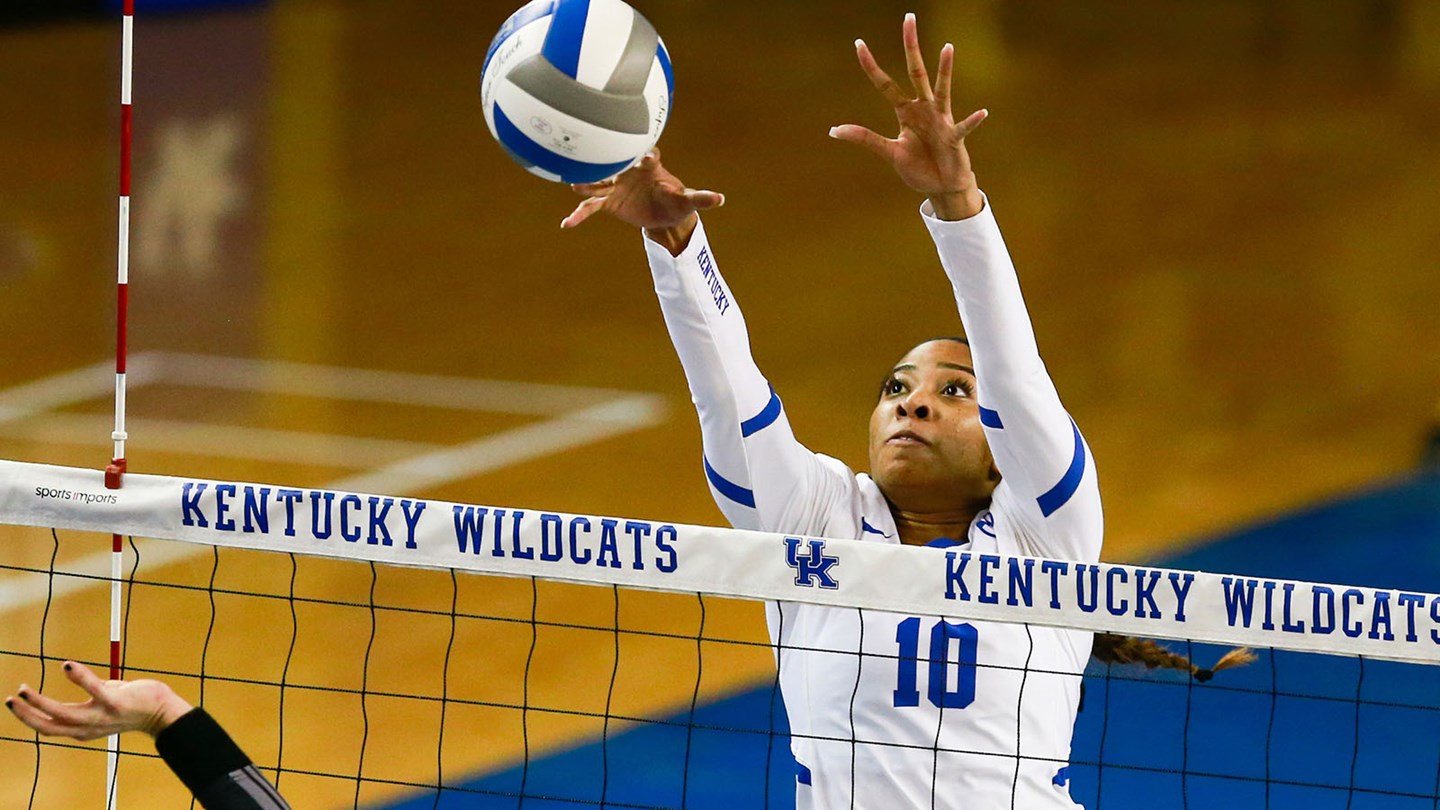 LEXINGTON, Ky. – The Kentucky volleyball team cruised to a 3-0 (25-20, 25-15, 25-19) win over Southeast Missouri State in the opening round of the 2019 NCAA Tournament behind 18 kills from senior Leah Edmond. The Wildcats advance to play Michigan on Saturday at 7 p.m. The Wolverines beat Northern Kentucky 3-0 in the night’s opening match inside of Memorial Coliseum.

Edmond was not the only Wildcat to shine, as the Lexington, Kentucky, native boasted a .405 attacking clip and added four digs on the night. Junior Madison Lilley logged a double-double with 33 assists and 10 digs. She also contributed a pair of service aces. Sophomore Alli Stumler notched 12 kills and nine digs, narrowly missing on a double-double effort of her own.

Kentucky advances to the Second Round of the NCAA Tournament four the fourth season in a row and will face the Michigan Wolverines at 7 p.m. ET inside Memorial Coliseum. Tickets are available at UKathletics.com/ncaatickets and will be available at the gate, as well. The match can be seen live on the SEC Network+ and the ESPN app with Dick Gabriel and Kathy DeBoer on the call.

With the three-set win, Kentucky has now won seven of its last 10 matches without dropping a set.

Set One
Leah Edmond had five early kills inside of her first eight swings of the match, which put Kentucky in the driver’s seat early on in the match, at 15-9 in front of the Redhawks. SEMO cut the Wildcats’ lead to three at 17-14 before back-to-back kills for the Wildcats brought the lead back up to 19-14 and the Redhawks took their first timeout. UK’s hitting percentage for the set dropped to .222 for the match in those points, but scrappy defense by Gabby Curry and Lauren Tharp protected the floor and UK took control of the set. After the Redhawks climbed to within 22-19, Kentucky ran off three of the final points, punctuated by a kill from Caitlyn Cooper and Kendyl Paris to win set one, 25-20.

Set Two
It was the Redhawks that jumped out to the early lead in the second set before the Wildcats awoke and ran off three in a row to take a 5-3 lead, the first multi-point lead for either side. Kentucky started dictating the tempo of the frame midway through, taking what was a 10-9 lead and ballooning it to 17-11 with a run of four-straight points in the sequence to get to that point and building a six-point lead. Kentucky stretched its lead to 22-13 at a set-high nine points and SEMO used its second-straight timeout following two points. An Alli Stumler kill, her ninth of the match, ended the second set, 25-15.

Set Three
Six points in a row, including two Leah Edmond kills, her 14th and 15th of the match, put the Wildcats up 8-4 to start the third set. Kentucky eclipsed back over the .300 mark on offense to get the four-point lead and Southeast Missouri sensed the problem to call a timeout. After the timeout, the Redhawks buoyed themselves and held the UK offense in check and didn’t let UK pull away. After Kentucky took a 19-14 lead, the Wildcats got a kill from Kendyl Paris and SEMO was pushed into its final timeout. The Redhawks pulled to within two at 19-17 but a service error ended its run and a block by Cooper and Paris at the net put Kentucky ahead, 21-17 and four points from the finish line.