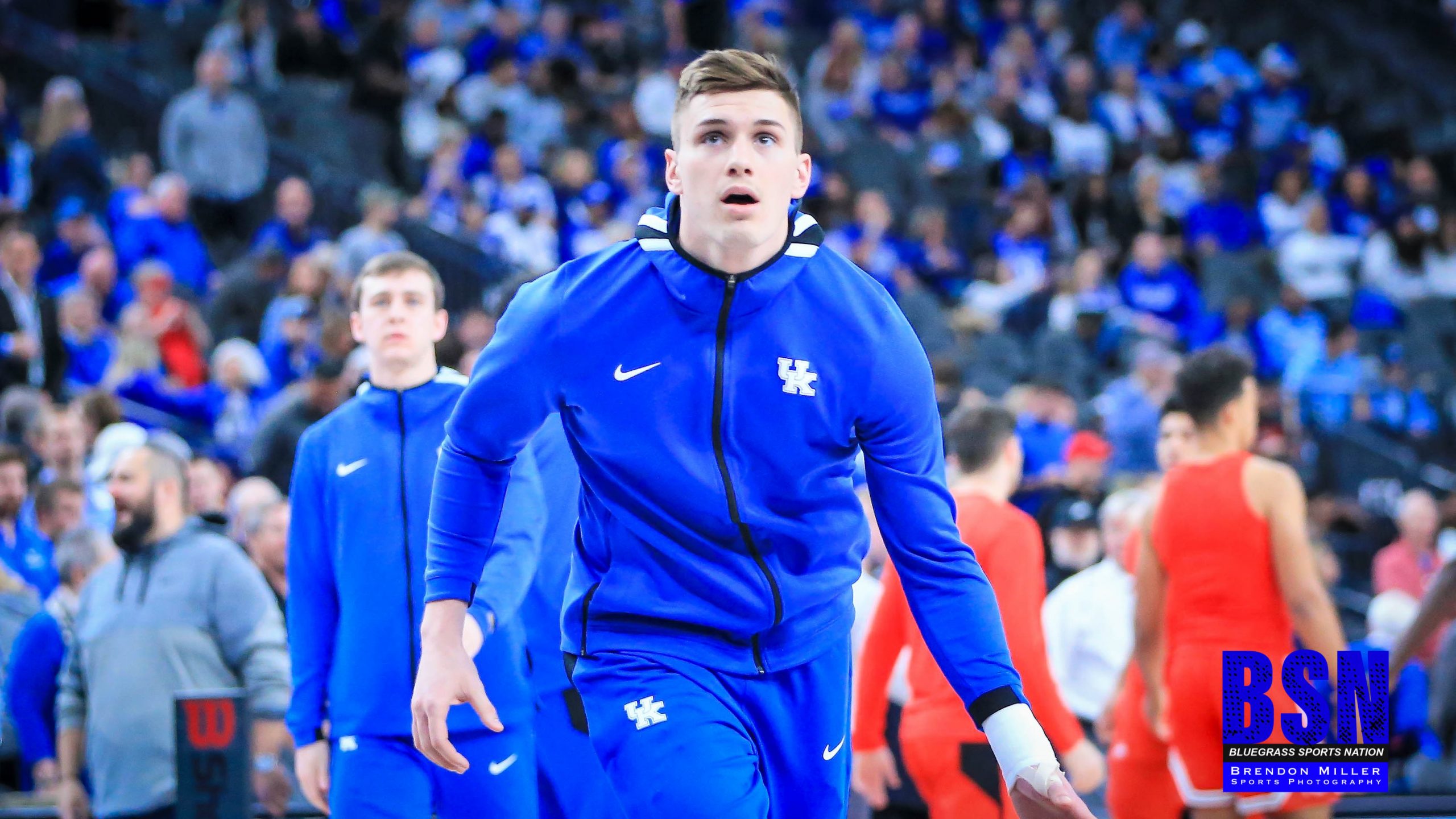 Nate Sestina isn’t looking back. The Kentucky senior is looking forward to his first taste of the Kentucky-Louisville rivalry set for Saturday.

“We have a team full of guys that are ready to play and the game coming up is huge for us,” Sestina said. “It’s an in-state rivalry, it’s a big, another big toughness game for us. The tension around that game is so much more and we know that and the attitude for them coming in, the attitude for us coming in, it’s kind of the same thing, it’s two big dogs going after it and whoever is hungrier at the end of the game is going to get the bones as Kenny Payne said to us tonight.”

The Wildcats (8-3) are in the midst of a four-day Christmas break and have lost two straight including a 71-65 loss to No. 2 Ohio State in the CBS Sports Classic. Kentucky took the biggest tumble in the latest Associated Press Top 25 poll Monday, dropping 13 spots to No. 19.

Following the loss to the Buckeyes, Kentucky guard Ashton Hagans said Kentucky’s recent two-game slide is “nothing too big.”

“I would just say just coming together more, having each other’s back more, helping each other out,” Hagans said. “Other than that I think we’re getting it, everyone’s getting their role coming into it, but obviously also we just got to start sharing the ball but that comes with getting closer on and off the court. But it’s just small things right now.”

Hagans said the back-to-back setbacks in Las Vegas are reminiscent of last year’s struggles by Kentucky, which regrouped and reached the Elite Eight before losing to Auburn in the NCAA Tournament.

Louisville (11-1) has won two straight after a loss to Texas Tech bumped the Cardinals from the top spot. Although the Wildcats haven’t won since an 67-53 win victory over Georgia Tech on Dec. 14. Sestina said the Cardinals will be in for a surprise this weekend.

“They’re coming in looking to get a win, we’re coming off of two losses, they think that we’re going to come in and kind of lay an egg, so I think for us and for me personally at least I haven’t played in this game you I understand what it’s like to play in big games and in a rivalry game like this is something that I’m really looking forward to,” Sestina said. “ When I committed here that was one of the games that they talked about, so I’m really looking forward to it, got to get away, take a little mental break, be home for Christmas, I know everybody’s going to be in the gym, everybody’s going to be working out and we’re going to come back and get after it.”

Much like Sestina, Ohio State coach Chris Holtmann expects the Wildcats to bounce back.