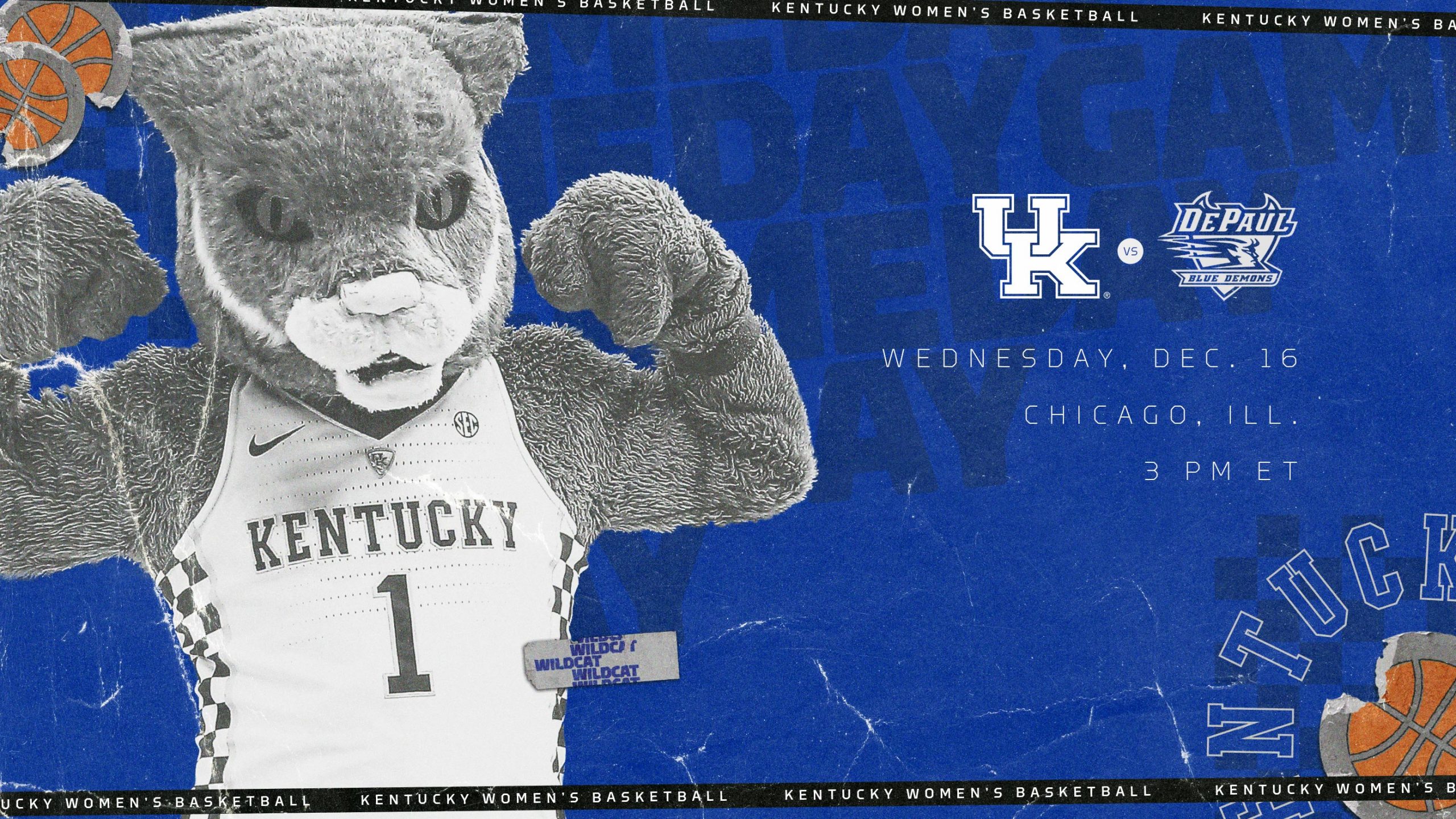 The No. 9/9 University of Kentucky women’s basketball team will compete in its second nonconference road game of the season on Wednesday, December 16, meeting No. 24/23 DePaul for a 3 p.m. ET tip inside Wintrust Arena in Chicago, Illinois.

The ranked matchup can be streamed online at DePaulBlueDemons.com. Darren Headrick will also have the call on the UK Sports Network on 630AM WLAP in Lexington. Live stats and free live audio will be available online at UKathletics.com.

Kentucky is 6-0 this season, after recording an 88-54 triumph over Samford inside Memorial Coliseum last Sunday. The Wildcats recorded their second straight game shooting 50 percent or better from the field, scoring on 51.6 percent against Samford, and before that, 54.1 percent against Marshall, a season best. Kentucky also knocked down 11 3-pointers against the Bulldogs, as senior Chasity Patterson and junior Rhyne Howard led the team with three apiece. Patterson also led the team in scoring for the second time this season, earning 16 points on 6-of-10 shooting, while also forcing seven steals. Howard rallied 14 points, grabbing a game-high seven boards and dishing out six assists. Sophomore Dre’una Edwards scored 15 points and added six rebounds, while junior Blair Green contributed 10 points.

DePaul earned a win last Sunday, too, when it took down Loyola, 76-67 ,at home. The Blue Demons went on a 15-0 run late in the fourth quarter, fueled by Sonya Morris and Lexi Held, to pull off the win. Morris finished with a game-high 26 points, including 11 in the final 10 minutes. Held earned 17 points in the matchup, and Deja Church added 15 points. The team combined for 36 rebounds, 12 assists and 12 steals in the game.

Wednesday’s game will be the fifth all-time meeting between Kentucky and DePaul in women’s basketball. The Wildcats hold a 4-0 record in the series with two games being played in Chicago and two games being played in Lexington. Kentucky owns a 17-8 all-time record against teams that make up the current alignment of Big East. DePaul is the first and only Big East opponent that UK will face this season. Kentucky last lost to a Big East opponent on December 2, 2008, when UK dropped to Xavier 67-44 on the road.