Wolfe County Bows Out of All A Classic.

The Lady Wolves came to Richmond with high hopes to make a run in the 2019 All A Classic, but cold shooting and a great performance by Berea’s Adrienne Beggs ended those hopes. 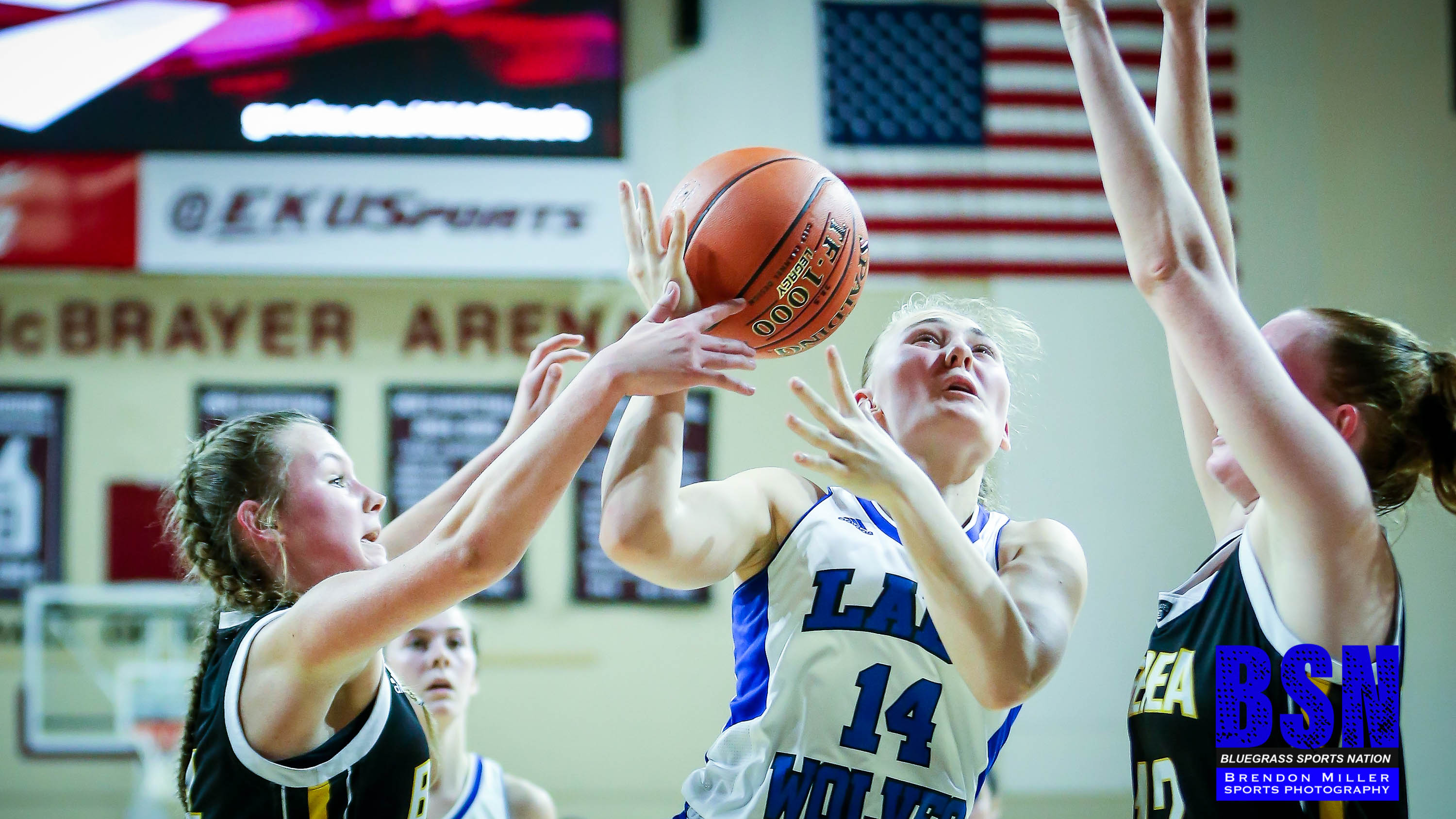 The Lady Wolves came to Richmond with high hopes to make a run in the 2019 All A Classic, but cold shooting and a great performance by Berea’s Adrienne Beggs ended those hopes. Berea took control of the contest in the 1st Quarter behind Beggs as she was a force on both ends of the floor. Wolfe shot only 22.2% from the floor in the period while Berea logged 44.4% resulting in a 12-5 lead for the Pirates.

The second quarter was more competitive as the two teams played to a draw with each putting up 14 points in the period. The score at the half was 26-19 with Beggs posting 15 points and 8 rebounds. Wolfe was led at the half by Allison Stamper who had 11 to keep them in the game on 3 of 4 from three point land. Wolfe ended up shooting 29.2% for the 1st half and were out rebounded 20-8.

Wolfe made a run in the third period as All-District Guard Hailey Smith came to life. Smith had only three points at the half, be the Wolfe press yield many turnovers and opportunities for Smith. Behind Smith, the Lady Wolves went on a seven point run cutting the Berea lead from 30-27 and had the ball with an opportunity to cut the lead further or tie. A turnover stopped the momentum and after a timeout, Berea came out and ran off five straight behind Beggs. Wolfe would never get closer as Berea again stretched the lead and kept it from 5 to 9 the rest of the game.

Beggs finished with 27 points and 17 rebounds and what felt like numerous blocks though the box score only gives her credit for 2. Wolfe County was led by Stamper with 13 and Smith with 12. Brianna Colwell posted 8 and Madison Neely had two and Maggie Creech two to round out the scoring. Stamper had five rebounds to pace the Lady Wolves.

Wolfe County had a large crowd and great student section at the game. Though the result was not what was hoped, Wolfe County represented the 14th very well!!!

Congratulations to Coach Gary Brown and his team and we at Bluegrass Sports Nation wish them the best the rest of their season and in the 55th and 14th Region Tournaments!!!

Thanks to Whitaker Bank of Campton and Wolfe County Farm Bureau, Agents Susan Cable and Roy Kelley for sponsoring our coverage tonight!! Let them know who much you appreciate their support of the Lady Wolves!