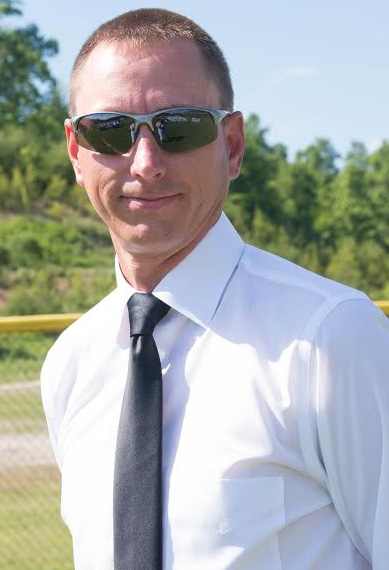 Hazel Green Kentucky resident and Wolfe County Softball Coach
Benny Campbell has been selected as a member of the Officiating Crew for the KHSAA Boys Basketball State Tournament which was played in Rupp Arena on March 15-19.  Campbell joined 15 other officials from across the state as they called the 100th edition of the Sweet 16 which is billed as the Greatest Show in Hoops.  The officials are assigned on a daily basis as to which games they will call.

Coach Campbell has been a KHSAA basketball official for 13 years.  He calls games for the 14th Region Officials Association.  This is his first trip to the boys tournament but has called the Girls State Tournament earlier in his career.  Campbell feels extremely fortunate to have been selected for this appointment and will proudly represent his community and peers during the tournament.  His is appreciative to all the folks who had supported him throughout his officiating career.