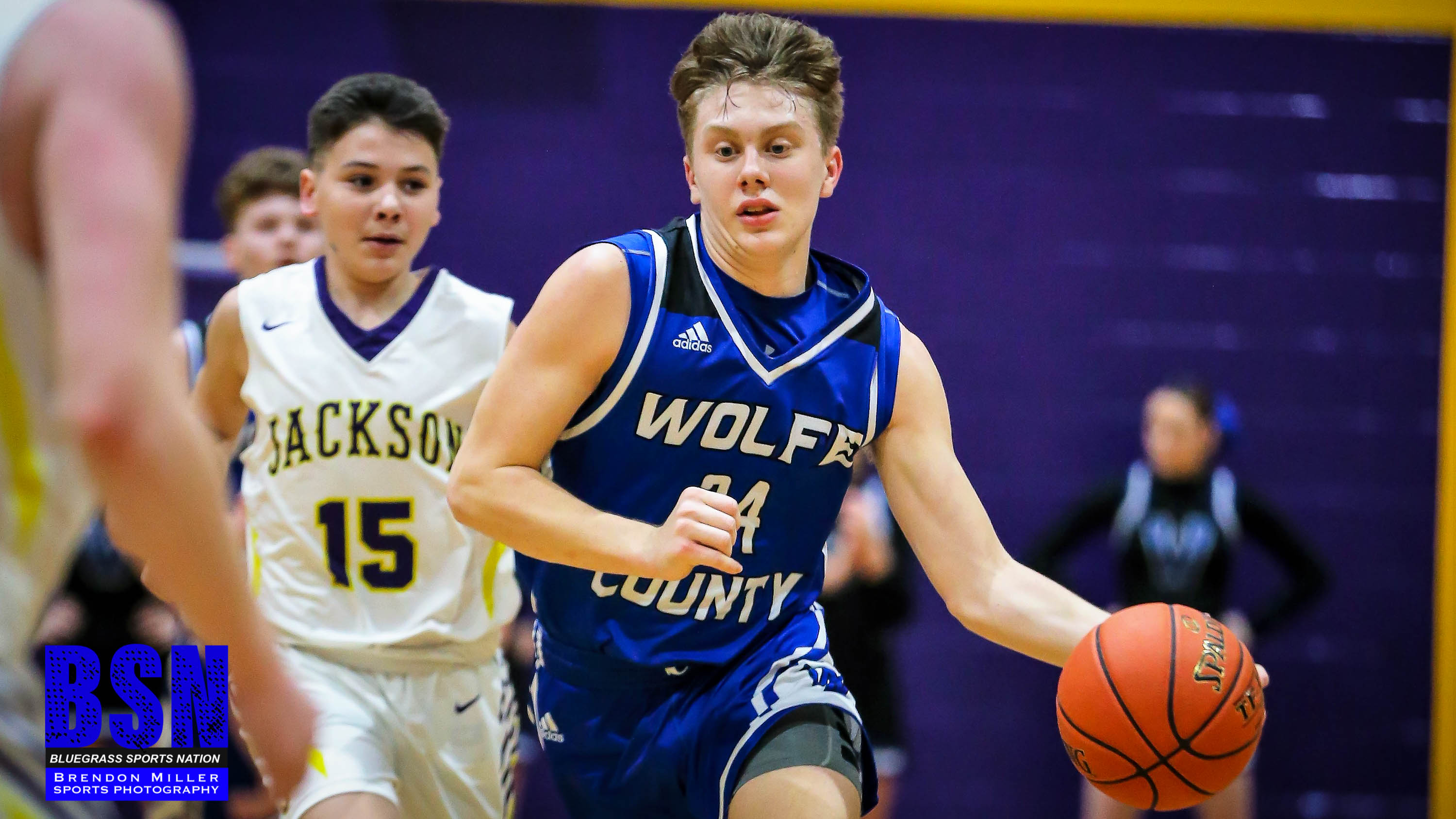 Wilgus Tolson with 27 to lead the Wolves to 55th District Title Game.

The 55th District Tournament got off to great start tonight as District #2 seed, Wolfe County faced off with #3 seed Jackson City in J.B. Goff Gymnasium in Jackson. The night was significant in the history of Jackson City School, as the school was able to host the Tournament for the first time in it’s existence. The gym was at near capacity and made for an excellent atmosphere for the players from both schools.

Jackson Junior Slayde Sizemore got the tip and a great 1st Quarter was underway. Jackson jumped out to an early lead behind sharp shooting from three land as the Tigers knocked down four deep balls in the Quarter, and Sizemore slashed to the hoop three times for scores. Wolfe knocked down three treys of their own, with Freshman Sawyer Thompson hitting two, to and stem the early momentum and keep the game close. End of the 1st, Jackson led 24-22.

The 2nd Quarter continued the fast pace with Wolfe taking the lead behind the sharp shooting of Sophomore Wilgus Tolson. Tolson had 10 of his team high 27 in the quarter to pace the Wolves. Thompson added seven more to his total. Sizemore had 12 of his game high 28, in the quarter to keep the Tigers close at the half, 49-43.

After the half, Jackson went back to a slower pace, but Wolfe continued to pressure and play up tempo. By the end of the quarter, Wolfe had opened up an 11 point lead 64-53, before Micah Henson played a little string music from just inside mid-court at the buzzer for a three ball to cut the lead to eight at 65-56.

Wolfe closed out the game in the 4th behind seven in the quarter from Sophomore Jaz Johnson, six from Thompson, and five from Tolson. Final: Wolfe County 86 – Jackson City 69.

Wolfe improves there season record to 10-19 on the season and Jackson completes their season at 7-21.

Wolfe County will advance to face District #1 seed Breathitt County on Thursday Night in Campton. Game time 7:00 PM. This will be the fourth meeting of the two teams this season.