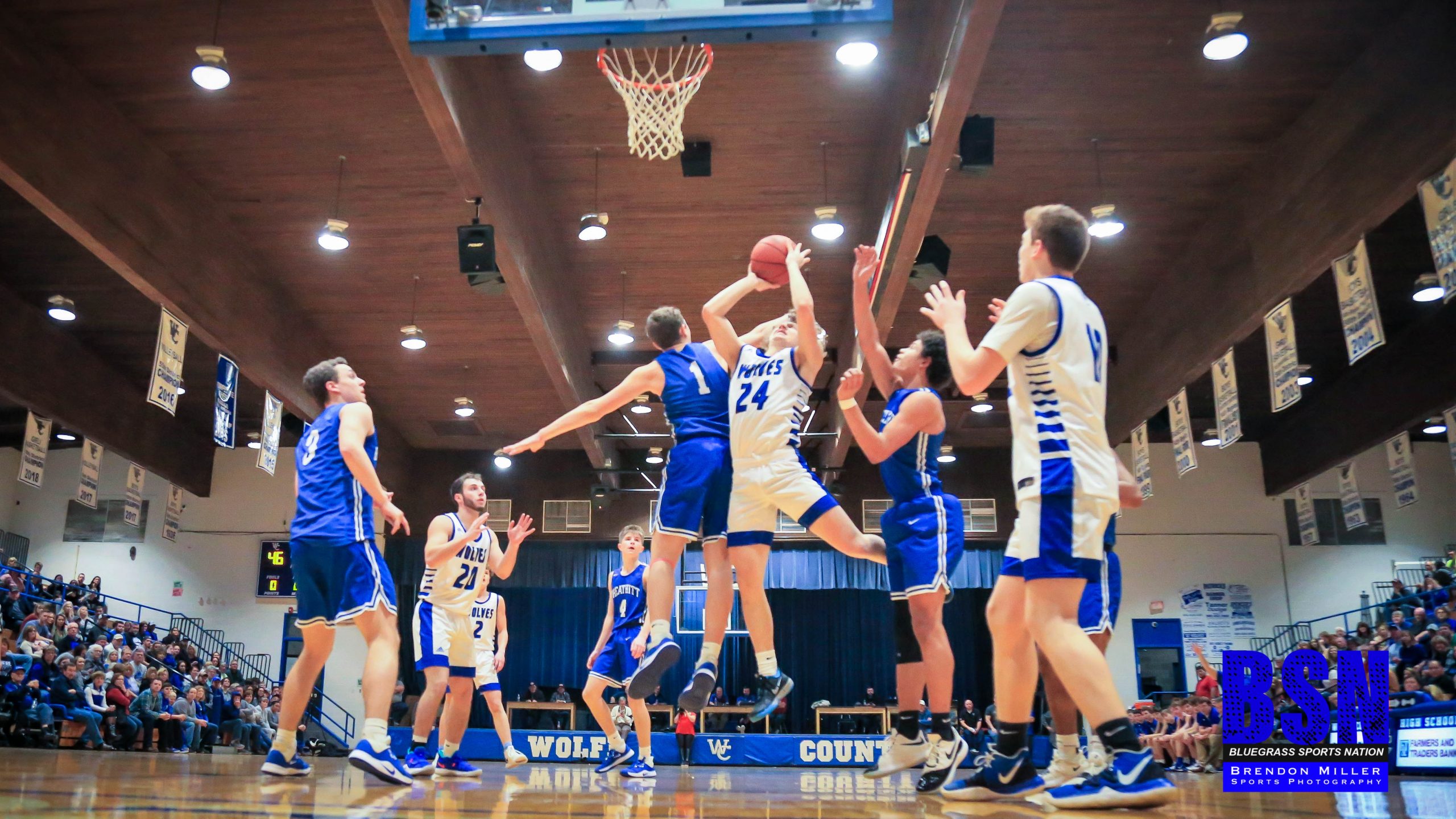 Wolfe 75 – Breathitt 74. BSN brought you a great one on Friday Night!

The Breathitt – Wolfe rivalry continues to grow and thrive and games like the contest put in by the 2020 versions of the Bobcats and Wolves is why. The two teams staged a back and forth nail-biter and we had it all here LIVE on BSN! Relive the entire contest below brought to you by our great sponsors – WOLFE COUNTY FARM BUREAU, BANKS AUTO SALES, and MOUNTAIN HOMES, INC.!!

The Bobcats came out and jumped on the Wolves in the 1st Quarter putting up 24 in the Quarter behind seven from Braxton O’Hara and five from Tyler Christy. Jaz Johnson started the game with eight in the quarter and Sylar Ritchie had six. End of the 1st, Breathitt 24 – Wolfe 18.

Wolfe surged back in the 2nd, as Johnson continued his offensive onslaught with eight more and Hunter Brewer added six for the Wolves. Jack Fugate’s five held the Bobcats close. At the Half, Wolfe lead 42-39.

Breathitt was able to tie the game in the 3rd behind five each from Slaughter and O’Hara. Game tied at 59 headed to the 4th.

In the 4th, Bobcat Freshman Bryce Hoskins knocked down two three pointers while Johnson added seven for his game-high 26, and Brewer was 5 of 6 down the stretch. The final minute was spectacular. Wolfe lead 73-71 with :50 to go. After a missed free throw, Breathitt got the ball to Jack Fugate on the right wing in transition, and Fugate knocked the three from from way beyond the arc to put the Bobcats up 74-73. At the 20 second mark, Wilgus Tolson drove to the left baseline and hit a contested leaner for the game-winner.